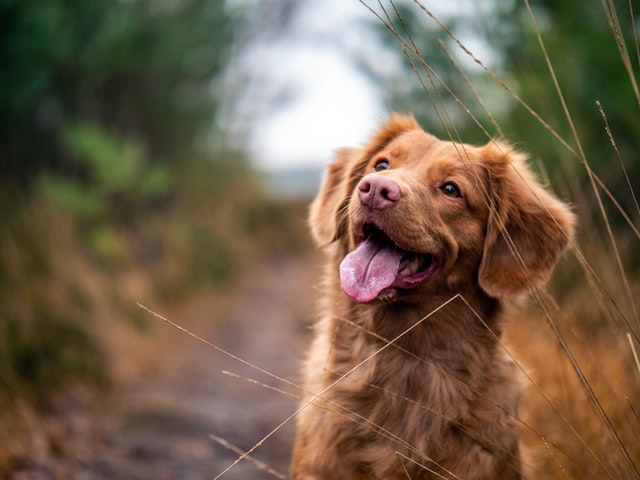 A dog name gives purpose and meaning to your four-legged friends.

Finding Australian names for a dog is never an easy task. There are many types of Australian dog breeds, from Australian shepherd dogs to an Australian cattle dog, all which require the perfect name to suit their personality.

While dog name options are limitless, it is better to have a meaningful name for your dog. Australia is known for its wildlife and animals, so why not give your pup an Australian name? We have collated a list of the most popular dog names, whether that be used for your Australian Shepherd, your Aussie cattle dog, or any other dog breed. Let's dive in!

For more pet naming ideas from around the world take a look at these Russian pet names or these Japanese cat names.

1. Aaron (Hebrew origin) meaning "mountain of strength". One of the most unique dog names, from Australian comedian, Aaron McCann.

7. Roo (Australian origin) meaning "quietness, quiet, rest". It is used as an abbreviation for Kangaroo.

8. Taz refers to the Australian state of Tasmania and is one of the coolest names for your new dog.

Girl dog names for Aussie dog breeds are one-of-a-kind, loving, and extraordinary. Here's a list of some of the prettiest Australian female dog names.

12. Albany (Latin origin) referring to the city of Albany in Australia.

16. Barbie (American origin) is an Aussie slang word for "barbecue".

21. Carly (Old English origin), meaning "pleasant". From Carly Morris, an Australian actress in 'Home And Away'.

22. Cassia (Greek origin) refers to the Cassia trees which grow in Australia.

Boy dogs are playful and energetic. We have therefore listed several fantastic popular dog names below that match your dog's personality.

30. Aussie, meaning "someone from Australia."

32. Choccy (English origin), an abbreviation of "chocolate", an Australian phrase.

34. Dingo (Australian origin), an Australian term for a dog.

35. Mate (German origin), meaning "a friend"; a common term Down Under.

39. Rusty (Latin origin), meaning "red." This is a perfect name for your Australian Shepherd.

Australian Cattle Dogs are a beautiful breed of dog originating from Australia. Peruse our list below to find the perfect name for your male Cattle Dog.

41. Bandit (Italian origin), meaning "a thief." This is one of the most common names for male cattle dogs.

44. Coral (English origin). The Great Barrier Reef in Australia is the largest system of corals in the world.

46. Dash (Australian origin) is a slang word meaning "fired from the job".

48. Dookie (Old English origin), meaning "to lead." Dookie is a town in Australia.

51. Marty (English origin), meaning "God of war". The name is an abbreviation of "Martin." From the Australian singer, Marty Rhone.

Finding a good name for your female Australian dog is important. Below are some of our favorite dog names for inspiration.

53. Brizzie.  A nickname for the city of Brisbane in Australia.

55. Footy (European origin), is the short name for Australian football.

Many Australian dog names are inspired by food and nature.

59. Aspen (American origin) is inspired by Lemon aspen, which is endemic to Queensland.

64. Chive (Latin origin), meaning "long, thin." It comes from a green plant that is widely grown in Australia.

68. Kakadu (Aboriginal origin) refers to the Kakadu language and the Kakadu plant.

69. Muntry (Aboriginal origin) refers to a type of berry native to Australia.

71. Pineapple (English origin), meaning the "fruit." The Big Pineapple is a tourist attraction in Queensland.

For those of you seeking unique Aussie dog names, here are more names that may fit your dog.

81. Myrtle (English origin) referring to the Myrtle Tree which is native to Australia.

82. Yidaki (Aboriginal origin) referring to a drone pipe. A unique name for a dog.

83. Ariel (Hebrew and Spanish origin), meaning "a lion of God". Australian rock band Ariel is associated with this name.

84. Atticus (Latin origin), meaning "belonging to Attica." The name was made popular through Harper Lee's 'To Kill A Mockingbird' - a popular book in Australia.

88. Brisbane (Scottish origin) referring to the city in Australia.

92. Grommet (English origin) slang for a young surfer. Surfing is a popular sport in Australia.

94. Hobart (English origin) - a variant of Hubert. Hobart is the capital city of Tasmania.

96. Koala (Aboriginal origin) meaning "no water". Koalas are only found in Australia.

97. Marley (English origin) meaning "from the boundary". A dog name from the movie, 'Marley and Me'. Also, associated with Marley beach in Australia.

99. Punter (English origin) meaning "to push with the head". Punter is the nickname of Australian cricketer Ricky Pointing.

Kidadl has more names articles to inspire you. If you liked our suggestions for Australian dog names then take a look a nerdy cat names, or for something more quirky cartoon dog names.