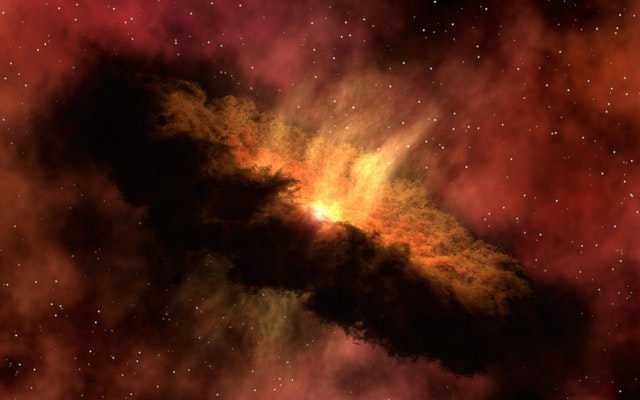 'Battlestar Galactica' is an American science fiction media franchise which is created by Glen. A. Larson.

The franchise started in 1978 with the original television series, followed by a short-run sequel series, a line of book adaptation, original novels, board games, and video games.

'Battlestar Galactica' is set faraway in a star system, where a society of humans lives on a planet known as Twelve colonies. In former times the colonies had been at war with an android race referred to as Cylons. The Cylons launch a sudden sneak attack on the colonies, depositing waste on the planets and damaging their population with the unwitting help of a human scientist named Gaius Balter.

While you enjoy these 'Battlestar Galactica' quotes from and about the sci-fi series, also do take a look at our [Sci-Fi quotes] and [Westworld quotes].

Here are some famous Battlestar Galactica quotes from the science fiction television series.

2. "I don't want to be human! I can't even express these things properly because I have to conceptualize complex ideas in this stupid limiting spoken language! I'm a machine! And I can know much more! I can experience so much more. But I'm trapped in this absurd body!."

Gaius Baltar: 'Is it? Not conscious thought? Not poetry, or art, or music, literature? Murder. Murder is my heritage.'

4. " You have your pound of flesh. I suggest you take your victory and move on."

These are the quotes from Admiral William Adama, the commanding officer of 'Battlestar Galactica'.

5. "Earth is a dream…one we’ve been chasing for a long time. We’ve earned it. This is Earth."

7. "When you are in the cockpit, you are in control. Its hard to give it up… All you can do now is wait and hope you didn’t make any mistakes. Welcome to the big leagues."

8. "The Cylon War is long over, yet we must not forget the reasons why so many sacrificed so much in the cause of freedom. The cost of wearing the uniform can be high, but sometimes it's too high."

9. "What if, when you die here, you really die? It's your chance to find out if you're really God or just a bunch of circuits with a bad haircut."

10. "I know that I'm more than this body, more than this consciousness. A part of me swims in the stream. But in truth, I'm standing on the shore. The current never takes me downstream."

In this section, you can read some well known, famous, and classic 'Battlestar Galactica' quotes.

11. "We decided to play God, create life. When that life turned against us, we comforted ourselves in the knowledge that it really wasn't our fault, not really. You cannot play God then wash your hands of the things that you've created. Sooner or later, the day comes when you can't hide from the things that you've done anymore."

12. "Fleeing from the Cylon tyranny, the last Battlestar, Galactica leads a rag-tag fugitive fleet on a lonely quest… a shining planet known as Earth. "

13. "When we fought the Cylons, we did it to save ourselves from extinction. But why are we as a people worth saving? We still commit murder because of greed, spite, jealousy."

14. "Sometimes we must embrace that which opens up to us. Life can be a curse, as well as a blessing. You will believe me when I say that there are far worse things than death in this world."

15. "Though in war, you can only get killed once. In politics, it can happen over and over."

Here at Kidadl, we have carefully created and curated lots of interesting family-friendly quotes for everyone to enjoy! If you liked our suggestions for top 15 'Battlestar Galactica' quotes from and about the sci-fi series, then why not take a look at 'The Last Jedi' quotes, or Captain Kirk quotes?