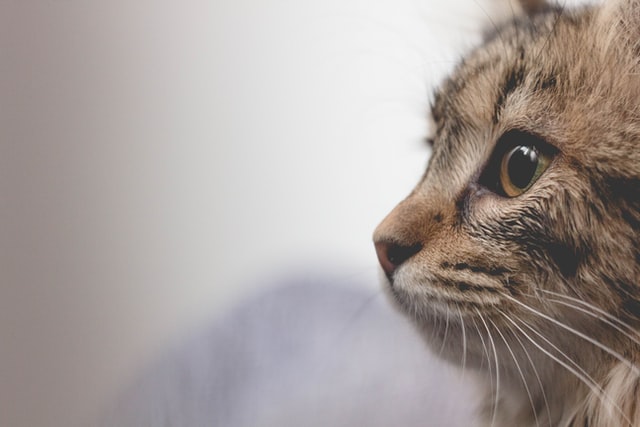 Cats have been significant in many cultures and hence, many cat people want to name their cats after some famous cultural cat icon.

There are some mythological cat names you might go to which are suitable for both male cat and female cat. Having names of God and Goddesses as your cat's name is the most beautiful and purest sign of love one can have.

What can be more wonderful than your dearest pet cat reminding you of her catty love just by her name? Having your cat named after some ancient God and Goddesses may be the best option you go for. Here is a list of some Goddesses' names, like Greek, Norse, and ancient Egyptian God names, that might be appealing to you with the beautiful meanings that lie within those names.

For more wonderful cat names we're sure you'll like, take a look at Japanese Cat Names and Russian Cat Names.

﻿Cats were considered sacred in ancient Egyptian times and the word in Egyptian for cat is 'mau'. Some of the cat names associated with Egyptian goddesses show the fondness ancient Egypt had for a cat.

1. Anukis meaning "patron deity of River". The River here is the Nile and it is one of the loved cat names in Egyptian.

3. Bastet meaning "Egyptian Cat Goddess". The Ancient Egyptian cat Goddess was worshipped in the deity form. It is said that after the domestication of cats, she became calm from being ferocious. She is the daughter of God Ra, the Sun God. She was named Ailuros, in Greek, as the Greek Goddess of cats.

4. Bast meaning "a warrior cat Goddess". It is another name for Bastet who is the daughter of the Sun god.

13. Met meaning "lioness". She is the Goddess of healing in Egyptian mythology.

17. Nekhbet meaning "mythical vulture Goddess". A ferocious Egyptian cat can have this name.

20. Renenet meaning "Goddess of fortune". Egyptians believe that cats bring good fortune to them, so this will be a good name for cats.

21. Sekhmet meaning "Goddess of destruction". The naughty and voracious cats can have these kinds of cat names.

23. Serq meaning "supreme Goddess".  She is another form of Goddess of supremacy.

24. Tauret meaning "Goddess of pregnant women".  A beautiful mother cat can have this lovely name.

﻿Earlier Greeks were not into domesticating cats, but then they were also enamored by this lovely pet. Below are listed some of the Greek names for cats after their Goddesses.

27. Amalthea meaning "soothe and soften". It is a goat in Greek mythology who nurses Zeus and transformed into a cat to save her life from Typhon.

28. Aphrodite meaning "Goddess of love, beauty, and fertility". The idea of beauty is associated with the Goddess Aphrodite,  beautiful cats are often named so.

29. Artemis meaning "Goddess of the hunt". She is described as the twin sister of God Apollo in Greek Mythology.

30. Ate meaning "Goddess of mischief". A naughty cat can have such a cat name.

32. Cybele meaning "Goddess of nature". She is the epitome of fertility, health, and nature in Greek mythology. Cats with motherly instincts can be endowed with this name.

33. Demeter meaning "Goddess of vegetation". A cat having many kittens can have this name.

35. Dodona meaning "Goddess of the harvest". In Greek mythology, it is believed that without the existence of Demeter, the earth would have been a mere barren land.

36. Europa meaning "wide". She was the mother to King Minos after whom Europe was named.

37. Gaia meaning "Mother of Titans, giants and the sea God". A cat name for a cat with motherly instincts would be ideal after this Mother Goddess.

40. Hermes meaning "messenger of Gods". He had wings for flying and passing messages among the Gods.

41. Hestia meaning "Goddess of the hearth, architecture, and domestic life".

46. Persephone meaning " Goddess of vegetation". Felines with royal and outgoing attitude are fit to be named so.

47. Pheme meaning "Goddess of fame". A cute cat name for a cat who is loved by everyone can be named Pheme.

48. Rhea meaning "Goddess of fertility and mother of Titaness".

49. Salamis meaning "daughter of the Asopus, the River God".

51. Titania meaning " queen of fairies". It is a fictional character in ancient Greek mythology, who is quite similar to Goddess Hera in Greek mythology.

Cats occupy a special place in Norse mythology literature as cats were the most loved animal of the Goddess of fertility. We have some cat names associated with Norse Goddess are:

54. Elli meaning "stranger". She challenged and defeated Tho`.

56. Erda meaning "Goddess of healing". Cool cats can have this beautiful name.

58. Freya refers to the "Goddess of cats, love, war, fertility, and beauty". She is the main Goddess in Norse mythology and two male cats named Bygul and Tregul pulled her chariot.

59. Frigg refers to the "Goddess of Love". You can use this deity name for your loved cat.

60. Gull refers to the "immortal Goddess". The full name is Gullveig and is ideal for free-spirited bubbly cats.

61. Hel meaning "Goddess of the dead". Contrary to the attributes of Goddess, naughty cats can carry this name.

66. Meili meaning " the lovely one". Cats with long fur and good looks must be named so.

69. Sif meaning "wife of storm God and a Goddess". A golden-haired fluffy cat can have this name.

70. Skadi meaning "Goddess of hunting". A cat that pounces and has a fighter spirit name her Skadi.

72. Trjegul meaning "amber". This was the name of one of two cats of Freya.

73. Valkyrie meaning "chooser of the slain". She is a Greek Goddess who is said to have powers to distinguish the people who would live and die before the battle.

74. Vanadis meaning "another name for Freya".

75. Vina meaning "from the vineyard".

Cats Name Based On Mythological Places Of Egypt, Greece And Norse Countries

Mythological creatures and belief play a major role in the spiritual and religious sentiments of the people of Egypt, Greece, and Nordic countries. To honor the deities, they often name cats based on the mythological important cities. Some of them are mentioned below as:

77. Alfihim meaning " place beyond the realm of God". It is one of the unisex cat names.

82. Ossa referring to "a mountain in Greek".

85. Sinai referring to "a mountain where Jesus received the ten commandments".

86. Thebes referring to the "father of Hercules in Greek mythology".

87. Troy referring to the "city in Greece where Helen was born".

Some Mythological Names For Female Cats

Cats have taken up a good position in mythological beliefs. A cat is portrayed as a strong, protective, and the best companions to a human. Some of the common mythological cat names are discussed below:

88. Aelurus referring to the "sacred cat in Egyptian Mythology".

89. Amenti referring to the "Egyptian Goddess of the land".

90. Amunet referring to the "Goddess of mystery".

91. Anippe referring to the "daughter of the Nile".

92. Ariadne referring to the "Goddess of childbirth".

93. Cadmea referring to the "founder of Thebes".

96. Pakhet meaning "the one who scratches".

97. Phoenix meaning "mythological bird". It is said to have arisen from ashes.

98. Pinga meaning "Goddess of the hunt". The diety is also associated with fertility and medicine. A mother cat deserves this powerful name.

100. Tivali meaning "gift of God". This was the name of the famous Egyptian Queen Cleopatra’s cat’s name.

Kidadl has lots of great names articles to inspire you. If you liked our suggestions for Cat Goddess Names then why not take a look at Italian Cat Names, or for something different take a look at Mayan Names.