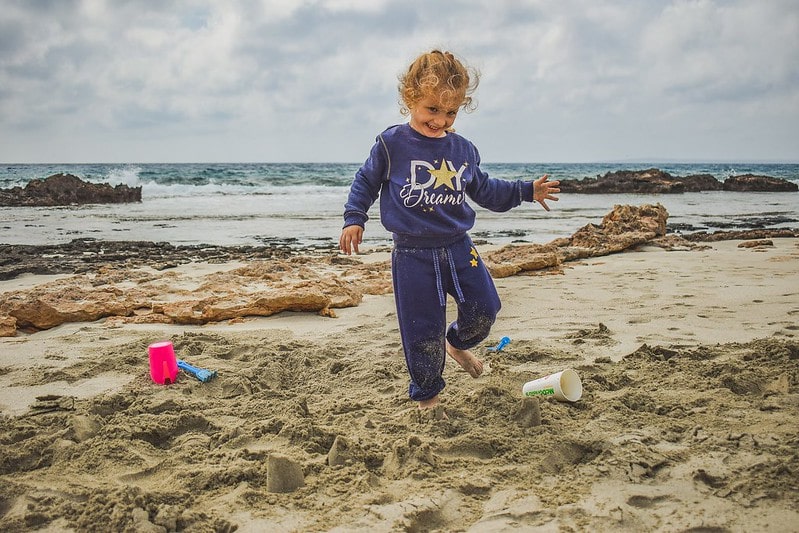 Giving a ‘wicked’ name to your little one really amps up the coolness factor.

There was a time when most parents did not like giving negative names to their children. But if your child is intelligent and troublesome, a cool ‘chaotic’ name could be just the way to describe them.

To help you out, we have made a list of a few baby names for your kid which are hardcore. We have collected names like Lilith for girls, which can be quite empowering or popular names like Damon, suitable for a naughty little boy. It is generally seen that troublemakers are intelligent and can make a mark in the world. A baby name should match with the baby’s nature and should also impress other people. So, here’s a list of baby names for the troublemakers and the chaos-creators!

For more unique baby names with character, check out these Edgy Girls Names and these best Gothic Boys Names.

A 'troublesome' name can add a bit of excitement to your baby girl's name and make it stand apart from regular names. This list of names will help you get the ideal and unique baby name for her.

4.Claudia (Latin origin) meaning “lame”. The name, however, is derived from a powerful Roman family, Claudier, and is associated with a main character from the Vampire Diary series.

7.Hecate (Greek origin) meaning “ Not a good omen”. Hecate is also the name of the goddess of witchcraft and necromancy.

11.Lilith (Hebrew origin) meaning “night monster” or “ghost”. From the Bible, Lilith was the first wife of Adam, who rebelled against God to stand equal to Adam.

12.Lorelei (German origin) meaning “ambush cliff”. A German legend about a beautiful girl transformed into a siren who lures fishermen to destruction.

13.Mary (Hebrew origin) meaning “rebellion”. This name is associated with Mother Mary from the New Testament of the Bible.

16.Persephone (Greek origin) meaning “to destroy” or “murder”. This name is from Greek mythology and refers to the daughter of Demeter and is the bringer of destruction.

17.Raven (English origin) refers to a black bird. Often considered a symbol of doom, Raven is also a fierce superhero, part of the X-Men.

18.Rebecca (Biblical origin) meaning “to tie firmly, bind”. This name, suitable for a classy girl, is linked to the famous novel, Rebecca.

20.Shabina (Arabin origin) meaning ‘eye of the storm’. This name is great for a curious girl and reminds one of the raging cyclones.

22.Tempest (English Origin) meaning ‘storm’. It is also the name of the famous play by Shakespeare, The Tempest.

You can give your little boy a unique baby name with an ancient touch. Here’s a list of boy names for you.

27.Boris (Turkish origin) meaning “to fight”. This name is linked to the Prime Minister of the UK, Boris Johnson.

28.Cassius (Roman origin) refers to a famous Roman senator. It is also the name of Muhammad Ali, the famous boxer.

29.Damon (Greek origin) meaning “to subdue”. The name has been used for an anti-hero Damon Salvatore from The Vampire Diaries series.

31.Hunter (English  origin) meaning “the one who hunts”.

33.Jax, derived from Jack. The name of a fighter from Mortal Kombat.

Are you a parent who wants unique gender neutral names for your child? Here is a list of unisex baby names that you can give your child:

42.Axel (Scandinavian origin) meaning “cauldron”. It is the name of the famous vocalist of Guns n’ Roses, Axl Rose.

44.Rogue (Latin origin) meaning ‘a dishonest man’. It is linked with the famous Marvel superhero, Rogue.

46.Storm (Old English origin) meaning “violent winds”. It is the name of a superhero who is part of the X-Men.

47.Valkyrie (Scandinavian origin) meaning ‘Chooser of the Slain’. It is associated with Norse mythology where Valkyries would take away the soul of fallen warriors.

Baby boys often get into trouble due to their boundless curiosity. Maybe you can select some not-so-common baby names for him:

49.Blade (English origin) meaning “the cutting edge of a knife”. Can be linked to the superhero, Blade.

56.Shiva (Indian origin) refers to the Hindu God of Destruction.

A little mischievous baby girl needs a bit of naughtiness in her name too. Here are a few baby names you can choose from:

Many parents are going for baby names that are gender-neutral. We picked some of the unique unisex baby names for you:

68.Dexter (Latin origin) meaning “dyer” or “right-handed”. This name is famously associated with the serial killer, Dexter, from the series of the same name.

69.Fox (English origin), the name of an animal associated with being cunning.

70.Paine (Latin origin) meaning “villager”. However, this name is similar to the word, Pain, and is associated with the famous character Max Payne from the Max Payne game series.

Kidadl has lots of great baby names articles to inspire you. If you liked our suggestions for Names That Mean Chaos then why not take a look at 104 Best Strong Female Names, or for something different take a look at Geographical Baby Names.