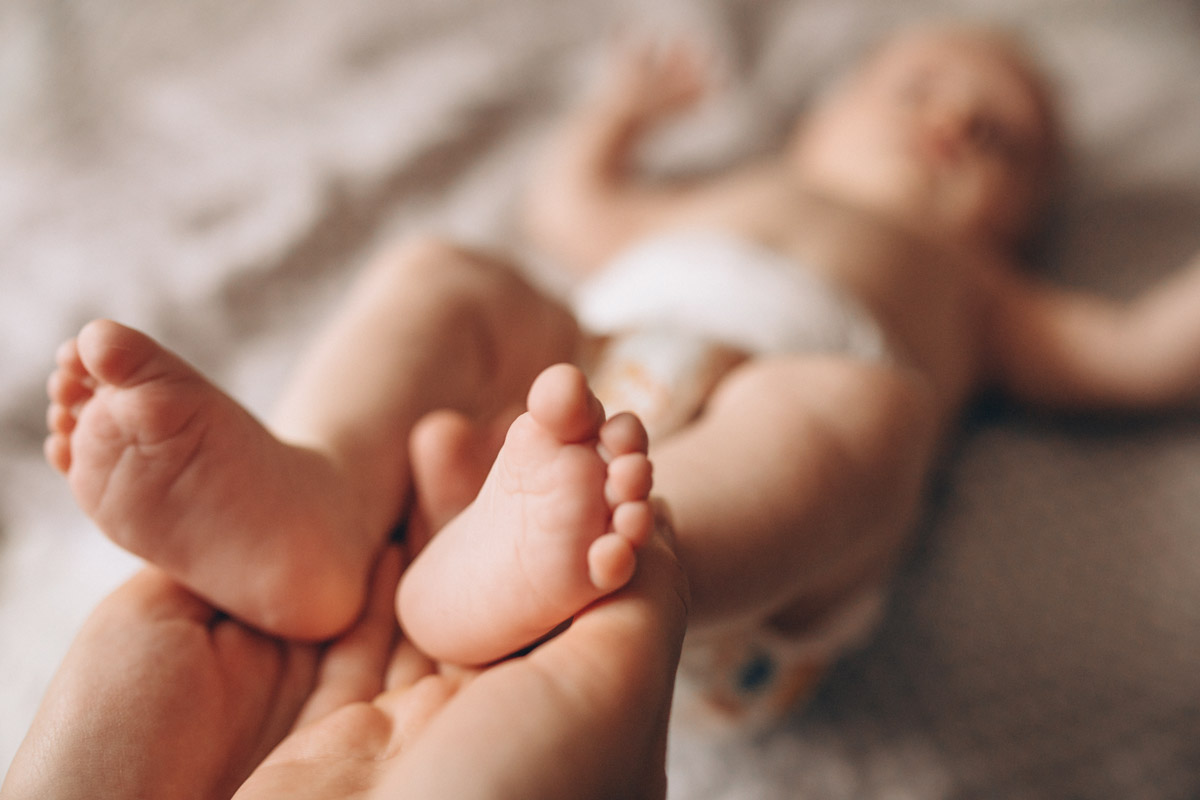 Finding inspiration for baby boy names can be overwhelming - where do you begin the search?

This list of two syllable boy names is a very good place to start! It includes traditional names originating from the Bible as well as more unusual, contemporary baby boy names with 2 syllables.

Two syllables is a common feature of boy names: it is the perfect length as it is easy to remember and spell out! However, you can always put a twist on some more classic two syllable baby boy names by changing their orthography slightly. You can also opt for regional variants or alternative spellings of two syllable boy names! Many of the names below are gender neutral, but they make perfect baby boy names.

For more first name inspiration for your baby boy, take a look at these shorter one syllable boy names or for a baby girl, have a look at these slightly longer three syllable girl names to help in your search. You're bound to find beautiful baby names for your new baby!

These two syllable baby boy names are classic and traditional, but no less beautiful. Many of them are biblical or have been borne by a great historical figure, so they inspire respect and are perfect for a calm, measured baby boy.

2. Alex, generally short for Alexander, a Greek name which means "defender of men".

3. Andrew, the Scottish form of the Greek word "andreios", which means "manly".

4. Christian, a Latin name which means "follower of Christ".

5. Daniel, a two syllable boy name of Hebrew origin which means "God is my judge".

7. Dylan is a boy name derived from the Welsh words "dy" which means "great" and "llanw" meaning "sea".

9. Jacob, derived from the Hebrew words for "heel" and "to follow".

10. Joseph, a two syllable Hebrew name meaning "God will give".

11. Michael, from the Hebrew meaning "who is like God".

12. Nathan, a Hebrew boy name which means "giver". It is often a diminutive of Nathaniel.

14. Thomas, the Greek form of an Aramaic name meaning "twin".

15. William, from the Old German "wil" meaning "desire" and "helm" which means "helmet" or "protector".

Many celebrities have a two syllable name, and below are just a few examples of the best two syllable boy names for your little rising star!

16. Ezra comes from the Hebrew word meaning "help". Ezra Pound is a famous American poet, and Ezra Miller is a popular actor.

18. Bradley,  comes from the English surname which means "broad wood" or "broad meadow". Bradley Cooper is a famous American actor.

19. Isaac, a sweet two syllable baby name derived from the Hebrew meaning "laughter". Perhaps the most famous person of this name is scientist Isaac Newton.

20. Jason, derived from the Greek word meaning "to heal". Jason Bateman is a famous actor and Jason Derulo is an American singer.

21. Leo, derived from the Greek word "leon" which means "lion". It is obviously well known thanks to actor Leonardo Di Caprio!

22. Liam is the Irish form of William, which is from the Germanic words meaning "will" and "helmet". Liam Payne is a famous British singer.

23. Lucas or Luca is a Greek name which means "from Lucania", a region in Italy. It is a popular last name borne by George Lucas, the director of Star Wars.

24. Mason, derived from an English surname which means "stone worker". It is the name of Kourtney Kardashian's first son.

26. Owen is an English variant of a Welsh name, which might be a form of Greek name Eugene meaning "well born" or derived from the Welsh word for "lamb". Owen Wilson is a famous American actor.

27. Ryan comes from the Gaelic word meaning "king". Ryan Gosling is a famous Canadian actor who played in The Notebook and La La Land.

28. Taylor, derived from an English occupational surname meaning "cutter of cloth". Taylor Lautner is a famous American actor and model.

These two syllable baby boy names come from cities, countries and rivers. Place names are all the rage at the moment, so these baby names are perfect for a future little globetrotter!

29. Austin, derived from the Latin "Augustus" which means "great". Austin is a city in Texas (USA).

30. Hudson, derived from the English for "son of Hudd" (a form of Hugh). The Hudson River runs through the state of New York (USA).

31. Jackson, derived from the English surname meaning "son of Jack". Jackson is a city in Mississippi (USA).

32. Jordan, a Hebrew boy name meaning "flow down" which comes from the name of a river. It is also the name of a country in the Middle East.

33. Lincoln, a boy name of English origin meaning "settlement by the water". It is a city in the Midlands (UK).

Some of these two syllable boy names are more unusual and rare, but so fashionable! They are perfect as a first name for a cute baby boy.

34. Aaron is a name derived from the Hebrew "har-on" which means "mountain of strength".

35. Aidan is the English form of the Irish name Aodan, which means "fire". Ethan, a name of Hebrew origin meaning "solid" or "strong".

36. Amir comes from the Arabic word "emir" meaning "prince" and from the Hebrew meaning "from the top of the tree".

38. Caleb, a biblical name from the Hebrew word meaning "dog".

39. Carter comes from a surname which referred to people who transported goods, derived from the Latin word for "carrier".

41. Connor is a name of Irish origin which may mean "lover of hounds/wolves".

42. Declan is the English variant of the Irish Deaglan, which was the name of a saint.

43. Evan is a variant on the Welsh form of John, which comes from the Hebrew meaning "God is gracious".

44. Grayson or Greyson, derived from the surname meaning "son of the steward".

45. Hunter comes from the Old English word "hunta" meaning "to hunt" and was originally a surname.

46. Jaden or Jayden, which either come from the name of the green gem stone, or from the Hebrew word for "thankful".

47. Jasper, comes from a Persian word which means "treasurer". It is also the name of a beautiful green gemstone.

49. Levi, derived from the Hebrew word for "attached".

50. Logan, from the Scottish word for "little cove". In Irish, it means "meadow".

51. Parker was originally a surname which means "keeper of the park".

53. Ryder was originally a surname and comes from the Old English word meaning "to ride".

54. Theo comes from the Greek word "theos" which means "God". It is often short for Theodore.

55. Wyatt, a name which comes from the Old English words "wig" meaning "war" and "heard" which means "brave".