Top 30+ Best Baby Names From Songs To Inspire You 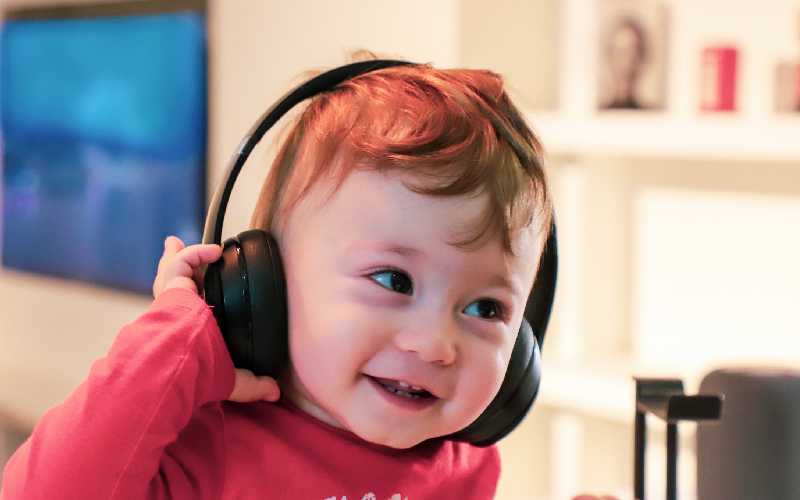 Naming your newborn after a popular song is bound to result in a cool name that your child will appreciate for years to come.

Perhaps you have a favorite song that you want to name your baby after. Or you are simply looking to the world of music for special baby name inspiration.

Countless parents with musical backgrounds go for baby music names from the world of music inspired by famous songs sung by celebrated bands and singers like The Beatles,  Bob Dylan, The Rolling Stones, Elton John, and Leonard Cohen. Songs like Hey Jude and Suzanne have touched the hearts of millions. A musical name creates a feel good factor for your child and provides them with a favorite song for life! This list of baby names from music will earn you the 'cool parent' title.

Did you know? Mary is the most used name in song titles! (Think Proud Mary, Hail Mary, Hello Mary Lou and many more!)

For more naming inspiration take a look at these musical baby names or these literary names.

Choosing girl names from songs for your newborn is a beautiful way to name your baby girl. Enjoy this list of musical girl names.

1.Angelina (Greek/English Origin) meaning "angel" or "messenger," based on one of the most melodious songs, Farewell Angelina, by Bob Dylan.

2.Annie (English Origin) meaning 'gracious' or 'merciful.' Based on Annie's Song, which is a beautifully written song by John Denver.

3.Cecilia (Latin Origin) meaning "blind to one's own beauty", is a song name by Simon and Garfunkel.

7.Eleanor (French Origin) meaning "moonlight." Eleanor was popularized by The Beatles for their popular number entitled Eleanor Rigby. Eleanor Rigby is a song that touched millions of hearts.

8. Lucy (English/French origin) meaning "born at dawn or daylight." The name appears in the song title Lucy In The Sky With Diamonds by The Beatles.

10.Virginia (Roman Origin) meaning  "maiden" based on Sweet Virginia by the Rolling Stones. Even though the lyrics are questionable, it is an unforgettable song that also alludes to the state of Virginia.

If you love music, it only fits to name your little boy after a famous song. Here is a list of baby names inspired by music to help you choose that special name.

11.Adam (Semitic Origin) meaning "the ground". This name was made popular by Bruce Springsteen, who wrote the song Adam Raised A Cain.

12.Hollis (English Origin) meaning "near the holly." This name appears in Ballad Of Hollis Brown, written by Bob Dylan. The name Brown can be used as a middle name to add a more dramatic effect to your son's name.

13.Ben (Anglo-Saxon Origin) meaning “blessed.” It is a name popularized by Michael Jackson in his famous number Ben.

15.Brutus (Latin Origin) meaning "heavy" or "muscular." As opposed to the Shakespearean character in Julius Caesar, the name was popularized by the song Even You Brutus? by Red Hot Chili Peppers.

17.Hank (American Origin) meaning "ruler of the home"; the name appears in the song title, Hank It by Justin Moore.

19.John (Hebrew Origin) meaning "has been gracious." The music industry has various talented musicians and artists named John, Lennonn and Denver being the most popular. It also appears in the song John Sinclair by John Lennon.

20.Jack (Middle English) meaning "God is gracious." This name was popularized through the song Jumpin' Jack Flash by The Rolling Stones.

(If you are a music lover, you can find many non-binary names from the songs you love.)

Some parents want their child's name to be gender neutral. Here are a few groovy music-related names that will rock your world.

21.Andy (Greek Origin) meaning "brave". This name appears in the song title, Andy Warhol by David Bowie. It is usually a diminutive form of either Andrea or Andrew, hence, making it a perfect gender neutral choice.

22.Charlie (Old English Origin) meaning "free man." Both Coldplay and The Coasters have written a song entitled Charlie Brown. Although a male name, it is also a popular choice now for females as well.

23.Jude (Hebrew Origin) meaning "praised." The name was made extremely popular by The Beatles in one of their most popular songs, Hey Jude.

26.Luka (Latin Origin) meaning “bringer of light,” a name made popular by Luka by Suzanne Vega.

28.Raoul (Spanish Origin) meaning "wolf counsel." The name is addressed in the song Raoul by The Automatic.