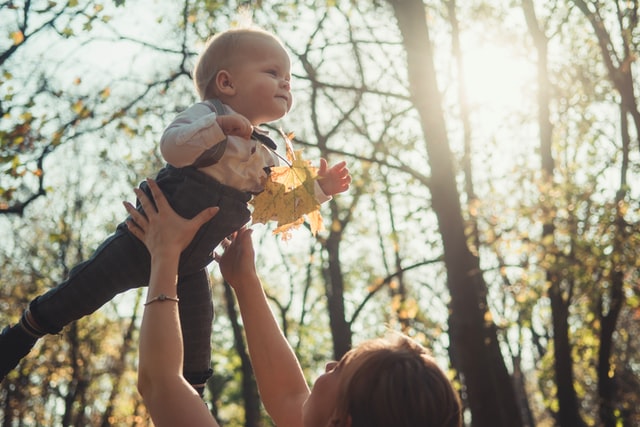 When creating a character, naming them appropriately is one of the most important decisions.

A name should have a meaning that reflects your character's personality. Nature names are rare, meaningful, and a growing trend.

Names should reflect the personality and be a suitable choice for your character. Turning to nature for inspiration can be a fantastic decision, as it has many positive connotations of calmness and tranquillity. Keeping this in mind, we have collected numerous last names inspired by nature which we hope can assist your search for the perfect surname for your character.

For more naming ideas from related to the world around us take a look at these nature inspired names meaning earth or these earthy boy names.

Naming your character based on popular names inspired by nature is a fantastic idea. Why not look at some of our favorites nature surnames below.

1. Abilene (Hebrew origin) meaning "meadow". This name is associated with a city in Taylor and Jones countries in Texas, United States.

5. Brin (French origin) meaning "like a hill". This name is associated with American computer scientist Sergey Brin who co-founded, Google.

7. Celia (Latin origin) meaning "someone who is heavenly". A major protagonist in Shakespeare's comedy, 'As You Like It'.

11. Denver (American origin) meaning "one who belongs to the green valley".

12. Electra (Greek origin) meaning "light" It is a good nature-inspired name that is feminine and regal.

15. Iris (Greek origin) meaning "beautiful rainbow colors". This name is associated with Greek mythology, the personification of the rainbow and the messenger of the god.

17. Orion (Greek origin) meaning "rising in the sky". This name is famous for one of the brightest and best-known constellations in the night sky.

A unique family name will make your character more memorable. Below we have listed some beautiful and unique nature inspired nature names.

24.Elenore (German origin) meaning "bright". It is a frilly and feminine name that has a royal ring to it.

Baby-names inspired by nature's many elements are beautiful and attractive. Here is a list of such nature-inspired popular name which can be a great choice for your character or your children.

43. Acacia (Greek origin) meaning "a name of a Greek flower".

44. Acantha (Greek origin) meaning "thorn, prickle". In Greek Mythology, it is believed that Acantha was a nymph who was transformed into the Acanthus flower.

49. Ellora (Latin origin) meaning "God is my light". This name is famous for Indians, Buddhists, and Jains cave temples build during the sixth and ninth centuries.

50. Emma (Latin origin) meaning "whole universe". This is a top name among girls due to its popularity and connections with British actress, Emma Watson.

51. Helena (American origin) meaning "bright light". This name can be linked with the Roman Empress, Helena, who was also popularly known as Saint Helena. She was the mother of Emperor Constantine the Great.

52. Jupiter (Latin origin) meaning "father Zeus". This name is famous because this the largest planet in the solar system. It was also named after the king of the gods in Roman mythology.

53. Talia (Hebrew origin) meaning "dew from heaven". Talia al Ghul is the name of a character from the famous 'Batman' series.

54. Yami (Indian origin) meaning "a twinkling star". This name is famous because this is the name of the first woman from the twin sister of Yama.

If you are someone who loves nature and wants to reflect this through your writing, why not give your character an attractive nature-inspired name. Below are some of our favorites.

59. Atlas (Greek origin) meaning "titan who was the bearer of the heavens".

60. Azar (Persian origin) meaning "scarlet, fire". While it is a common last name, it is also often used as a female first name.

68. Tulsi (Indian origin), meaning "it is a kind of medicinal shrub". This name is famous for a senior advocate in the Supreme Court Of India K.T.S. Tulsi.

Names inspired by flowers are serene and beautiful and can denote a calm personality. Here are some beautiful flower names.

73. Jasmine (Persian origin) meaning "gift from God" or "flower". This name is also associated with one of the most popular Disney Princesses, Jasmine from Disney's 1992 film, 'Aladdin'.

75. Leilani (Hawaii origin) meaning "name of a heavenly flower". An alternative meaning would be "royal child" or "majesty" which brings a very elegant and royal ring to this last name.

76. Lilly (English origin) meaning "name of a flower". A notable namesake would be the Canadian actress, Evangeline Lilly, who played the role of Kate Austen in the popular TV series, 'Lost'.

Earth names related to earth, stone, or the ground are unusual and interesting. Here is a list of popular earthy surnames.

88. Cypress (Greek origin) meaning "came from the word cypress tree". It is a wonderful tree-related name.

93. Gardener (Latin/Anglo-Saxon origin) meaning "keeper of the garden". This name came from the ancient Anglo –Saxon culture of Britain.

97. Lance (German origin) meaning "land". This last name can be linked with the fictional 'DC' character, Laurel Lance, whose alter ego is the heroine, 'Black Canary'.

98. Lucy (English origin) meaning "light". This is one of the top names in California as it is related to Lucy Liu, a famous actress in the United States.