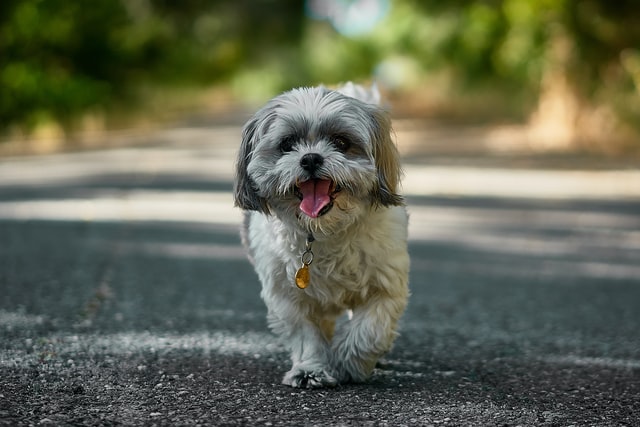 Are you worried the name you choose won't match your adorable new dog?

You can always opt for some out of the box names, such as Korean names for dogs. In Korea, names are given a lot of importance and have a deep sense of meaning in them.

In Korea, the word for a dog is 'gae', and pet naming is taken pretty seriously. Korean pet names help accomplish the sense of uniqueness and distinct personality you are looking for to name your dog. Korea, as we all know, comprises North and South Korea. Breed like the Shih Tzu, the Poodle, and the Maltese are some of the most popular Korean dog breeds found in both North and South Korea. They also come with their own Asian breeds, like the Korean Jindo breed and the bloodhound breed. So why not choose from this list of cute Korean dog names. Even though some may think Korean names are hard to pronounce, we're giving you a list of easily intelligible names to give your dog.

For more dog name ideas from around the world, take a look at Russian Dog Names and Australian Dog Names.

Most dog owners prefer that their dog should stand apart from other dogs. Giving them, a unique name could be a great way of making sure that happens. Here is a list of names with almost every type of meaning for your alpha male dog.

2. Dal meaning "moon". This is a great name to give your fluffy white dog.

8. Kyu meaning "standard". This term is also used in martial arts like Judo.

10. Seok "great stone" is the meaning of this name.

12. Seung meaning "winning". Lee Seung-gi is a famous celebrity across Korea who gave popularity to this name.

14. Su-won meaning "defend, protect". Suwon is also the name of a city in Korea.

Are you looking for female names that would completely suit your adorable female pup? There are a lot of great Korean names you could name your pet.

21. Bae meaning "inspiration". This is a very popular family name in Korea.

32. Hye meaning "intelligent". This is very common among a lot of Korean personalities.

35. Kwan meaning "strong". Kwan is also the name of a martial arts practiced widely in Korea.

Do you want a dog name that doesn't fall into the societal gendered roles? Here are some unisex dog names that go with both genders.

44. Duri meaning "two". A retired football player that played for Korea had the name, Cha Du-ri.

48. Hwan meaning "shine or happiness". This is a very common dog name.

50. Iseul "dew" is the meaning of this name. Chun-Yi Iseul is the name of a celebrated actress in South Korea.

56. Yeong meaning "flower or hero". Sometimes the word 'Young' is also used instead of this name.

Many people like to name their pets after their favorite personalities because of the love that they share for both their pet and that person. Here are some of the famous names of personalities that can be used as pet names.

57. Moon Jae-in (M) meaning "talent". After the name of the 12th and current President of South Korea.

58. Onew (M) meaning "soft and gentle". He is a well-known Korean and actor and singer.

60. Shin Min-a (F) meaning "clever". She is an actress that is well known across South Korea.

61. Taeyeon (F) meaning "calm". She is an acclaimed singer in South Korea.

62. Yu-Na Kim (F) meaning "desired". She is one of Korea's most renowned and beloved athletes.

63. BoA (F) meaning "a genius of serpents". It is the name of a famous K-pop solo female artist.

65. Jimin (M) meaning "will, purpose, ambition". This is also the name of a member of the BTS band.

Short names are great to name your little pup with whatever meaning you like and find suitable for your little one. Here are some of the common Korean dog names that we can find in Korea.

Dog Names After Places Or Landmarks In Korea

A lot of people name their pets after some of their favorite places or landmarks. Some of these Korean geographic names can be used to name your new pet!

77. Busan (M) is one of South Korea's second-largest city.

78. Daegu (F) is the fourth largest city in South Korea.

79. Jindo (M/F) is the home famous for the dog of the same breed name.

81. Taebek (M) is one of the most famous mountainous regions of Korea.

82. Udo (M) meaning "cow-island" is an island that is one of Korea's most popular tourist destinations.

84. Kimchi (M) is a world-renowned vegetarian dish in Korean cuisine.

85. Melona (F) is a popular Korean brand of a fruit-flavored popsicle.

86. Misu (M/F) is the Korean name for a beverage served cold.

Giving names is considered very serious in Korea where mostly only names with great meaning are chosen. If you're looking for some cute names for dogs that are Korean, here are some popular Korean dog names.

89. Cho (M) meaning "handsome". Cho Kuk is the name of a Korean jurist and politician.

95. Mi-Hi (F) meaning "beautiful and joyful". A famous flautist from Korea has the name Mi-Hi Kim.

Kidadl has lots of great names articles to inspire you. If you liked our suggestions for Korean Dog Names then why not take a look at Food-Inspired Dog Names, or for something different take a look at Finnish Names.