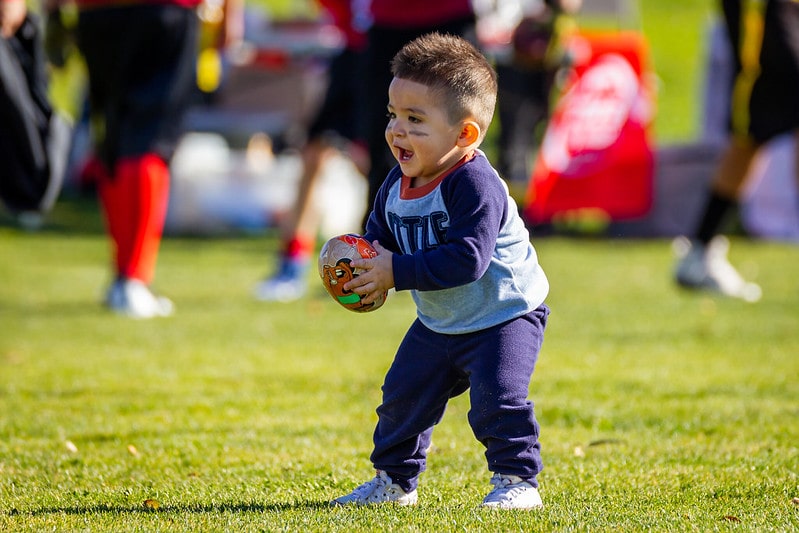 Every parent knows that their baby will grow up to be a fighter or a protector.

You may want your child to have a name that commands respect and feels wholesome in itself. Do you want to give your baby a suitable name that inspires courage?

We have compiled more than 70 baby names that mean protector or fighter. These names are taken from various languages and cultures. Some of these names are also very popular because they are celebrity names or names of famous characters in TV series. If you want a unique name for your child, you can select a baby boy name or a baby girl name for your child from this list.

You may wish to give your baby boy a name that brings out the essence of his brave and curious soul. Here are a few warrior names for your boy:

2.Ajax (Greek origin) meaning “of the Earth”. It is the name of a famous warrior who fought in the Battle of Troy.

6.Anakin (American origin) and translates to "a modern-day warrior". The popularity of the name lies in Star Wars’ protagonist, Anakin Skywalker.

9.Elvy (English origin) meaning "the elf warrior". It is related to the Irish name, Ailbhe.

12.Gerald (German origin) meaning "a warrior who fights with a spear".

13.Griffith (Welsh origin) meaning "the strong chief". This is the name of a character in the popular anime series, Berserk.

You can select a powerful name for your girl to make her carry it with grace and courage. Here are some brave warrior girl names:

21.Eferhild (English origin) meaning "warrior as strong as a bear".

23.Gertrude (German origin) meaning "spear" and "strength". This common name can be linked to famous editor and author, Gertrude Stein.

27.Marcella (Latin origin) meaning "warlike". The name can be linked to the protagonist of the British TV series, Marcella.

28.Matilda (German origin) meaning "battle-mighty". The popularity of this name comes from Roald Dahl's book of the same name.

This list of male names meaning protector carry the significance of outward bravery but also the inner need to protect loved ones:

31.Aimon (French origin) meaning "home" or "shelter". It is also related to the names Edmond or Eamonn.

38.Ned (English origin) meaning wealthy guardian". The name is quite common because of Ned Stark, a character in the Game of Thrones series.

41.Ray (Germanic origin) meaning "advisor and proctor". This is a popular Indian surname and linked to famous director, Satyajit Ray.

44.Sigmund (German origin) roughly translates to "protection through victory". The name can be linked to the father of psychoanalysis, Sigmund Freud.

Female names meaning protector can reflect a protectiveness of those who are close to their heart, like a symbol of their care. Here are a few female names that mean protector for your baby girl:

60.Lexi (Greek origin) meaning "defender of man".  This is the name of a budding actress, Lexi Underwood.

63.Rosabella (German origin) meaning a noted protector". This German name is quite popular in Europe.

67.Sandra (Greek origin) meaning "protector of men". It can be linked to actress Sandra Bullock.

Here is a list of unisex names for your baby to bring out the fighter spirit in them:

72.Dustin (German origin) meaning "fighter". This is the name of the famous actor, Dustin Hoffman.

76.Kelly (Irish origin) meaning "war". While traditionally a girl's name, this name has been used for boys too.

77.Lewis (English origin) meaning "renowned warrior". This is the name of the famous author, Lewis Caroll.

80.Sasha (Greek origin) meaning "defender". This Greek name can also be given to encourage your child's protector spirit.

Names That Mean God Is My Protector

If you wish to intertwine divinity with your child, here are names for you to choose from:

Kidadl has lots of great baby names articles to inspire you. If you liked our suggestions for Names That Mean Protector then why not take a look at Strong Female Names, or for something different take a look at Thai Boys Names.