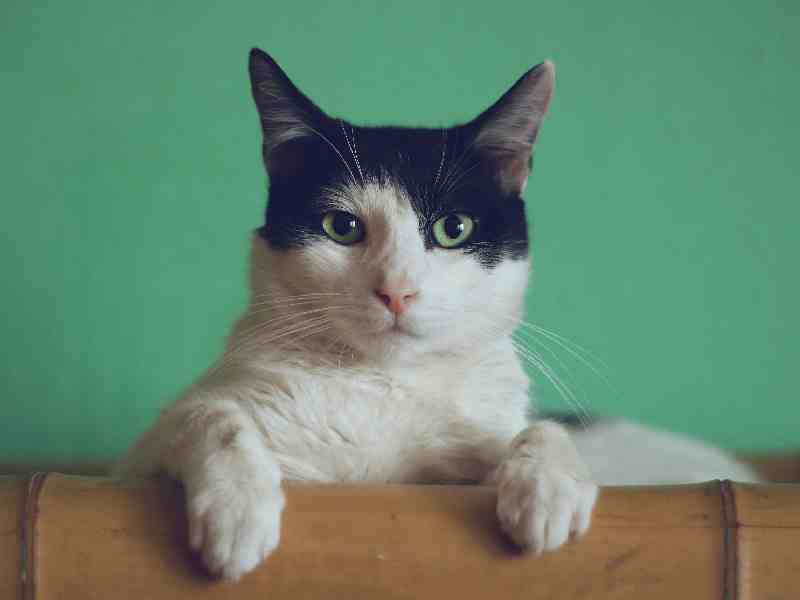 Do you want your kitten name to be named after your favorite superhero?

Maybe, you are really proud of the tag 'nerd'. Well, it is time to show off this pride and share it with your feline friend.

What better way to wield your nerdiness than to bestow upon your new kitten the nerdiest of the names out there? The best part of being nerdy is that it gives you a plethora of the coolest and most unique names for your cats. From comic books to your favorite sci-fi TV characters, there are endless options. We bring to you some of the best nerdy cat names inspired by various areas of interest to help you find the perfect names for your cats.

For more names of cats, take a look at these Grey Cat Names and Tabby Cat Names.

Comics have some brilliant inspiration for awesome cat names. Here is a list of some cool cats names:

1.Arrow This name comes from Green Arrow, a superhero from the DC universe.

2.Deadpool is a really cool name after a DC character of the same name.

4.Galactus This name comes from a character from the Marvel comics who was the sole survivor of Multiverse's sixth incarnation.

5.Hawkeye is one of the Avengers from Marvel Comics.

10.Rorschach is the name of antagonist in the Watchmen comics by DC.

11.Sabertooth is an extinct mammal of the cat family. This name is linked with a villain from Marvel's X-Men comics.

13.Wolverine is one of the most famous characters from the X-Men comics. Hugh Jackman plays him in the movie adaptations.

Give your female kitten a feisty nerdy cat name from a comic book.

14.Black Canary is a superhero from the DC Arrowverse. A beautiful comic book name for your black kitten.

15.Black Widow. This is the alias of Natasha Romanova, one of the Avengers from Marvel Comics.

16.Blackfire is a supervillainess from the DC universe.

17. Diana meaning "Roman Goddess of the Hunt, Forests, and Childbirth." Diana Prince is the name of the DC superhero, Wonder Woman.

19.Gamora is a green-skinned superhero from Guardians of the Galaxy comics by Marvel.

22.Jade (English origin) referring to a "Gemstone." Jade is a superhero from the DC franchise.

23.Jessica (Hebrew Origin), meaning "To Behold." This name can be linked with the superhero Jessica Jones.

24.Mystique (French Origin) meaning "Air of Mystery." Mystique is an important character in the X-Men series.

26.Oracle (Greek Origin) meaning "Prophecy." In DC Comics, Barbara Gordon or Oracle (alias) is a fictional superhero. She is the daughter of Commissioner Gordon and often teams up with Batman.

28.Zatanna (American Origin) This beautiful name comes from the DC universe, which would make for such a pretty and unique name for your kitten.

If you love astronomy, then you'll love these scientific names for cats. Take a look at our list to find the perfect name for your nerdy cat:

29.Andromeda (Greek Origin) meaning "Ruler of Men." It is the name of a galaxy.

42.Nova (Latin origin) meaning "New." It is also a reference to a star explosion.

43.Orion (Greek Origin), meaning "The Hunter." It is the name of a constellation.

45.Sirius (Greek Origin) meaning "Glowing." It is the brightest star in the sky.

47.Umbra (Latin Origin) meaning "Shadow." Eclipses occur due to the umbra covering the sun or the moon.

Your favorite movies can inspire the perfect name for your nerdy cat. Here's a fantastic list of some of the coolest names from movies.

50.Darth Vader, the name of a prominent character from the Star Wars universe.

51.Elsa (English Origin) meaning "God is My Oath." Elsa is from the movie, Frozen.

52.Frodo (German Origin), meaning Wisdom." Frodo is from the Lord of the Rings movie trilogy.

53.Gandalf (Norse Origin) meaning "Wand Elf." The name of a character in JRR Tolkien's Lord of The Ring series.

57.Jack Sparrow can be a cat name from Pirates of The Caribbean movies.

58.Katniss refers to an aquatic plant. Katniss Everdeen is the main character in the  Hunger Games trilogy.

61.Nala (African Origin) meaning 'Successful." Nala is a character in the Avatar series.

63.Ravenclaw is the name of one of the Hogwarts houses from the Harry Potter series.

65.Spock is from the Star Trek universe.

66.Yoda (Hebrew Origin) meaning "One Who Knows" He is a master Jedi from Star Wars movies.

From Game of Thrones to Doctor Who, here are some awesome name ideas for your cat.

67.Archie (German Origin) meaning "Archer" or "Truly Bold." It is the character in Riverdale.

70.Buffy (American Origin). It is short for Elizabeth, which means "Pledged to God." The name has been taken from Buffy, the Vampire Slayer.

71.Castiel (Hebrew Origin) meaning "Shield of God." The name of a character in the TV series, Supernatural.

72.Daenerys. Name of the iconic Daenerys Targaryen, from the book series and TV show, Game of Thrones.

73.Gallifrey is the name of a planet in Doctor Who.

75.Jon Snow a prominent character in Game of Thrones.

76.Jughead. This name originates from the Archie comic book and TV show, Riverdale.

77.Klaus (German Origin) meaning "Victory of People." Klaus Baudelaire is the main protagonist in the series, A Series of Unfortunate Events.

79.Lord Tubbington is the name of Brittany's pet cat, the American TV show, Glee. A wonderful choice when looking for funny names for cats.

80.Meowth is a famous cat pokemon and could be one of the few cool pokemon names for cats.

81.Miss Kitty Fantastico. This name belongs to a fictional cat from the show, Buffy, The Vampire Slayer.

83.Morningstar comes from the character Lucifer Morningstar who plays the Devil in the show, Lucifer.

84.Nymeria is the name of Arya Stark's wolf in Game of Thrones.

87.The Doctor is the title character of the TV show, Doctor Who.

88.Vashta Nerada meaning "Shadows that melt in the dark," from the Doctor Who series.

Give your cat a cool and nerdy name based on your favorite video game.

95.Kratos (Greek Origin) meaning "Strength." From the game series, God of War, and is a nerd name for a nerdy cat.

100.Sonic The main character of the video game, Sonic the Hedgehog.

Kidadl has lots of great names articles to inspire you. If you liked our suggestions for Nerdy Cat Names why not take a look at White Cat Names, or for something else, check out Star Wars Girls Names.