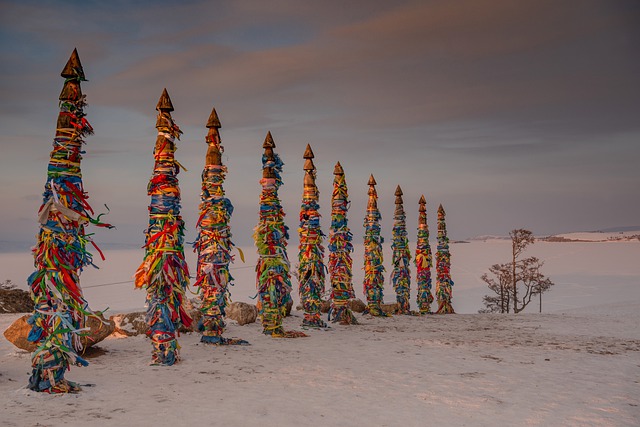 Shamans are spiritual healers who have existed since ancient times.

Although shamanism still exists in the world, it’s far removed from mainstream medicine. However, there are many who are still deeply interested in Shamans and their mystical ways. While modern medicine and scientific advancements have led to the decline of shamanism, it’s still widely practiced in Indigenous practices around the globe. If you are curious about the various spiritual practices of Shamans, this list of Shamans' names is a good place to start.

If you’re on the lookout for Shaman names, you’re exactly where you need to be! Read on to find 101 of the best Shaman names from around the world. The Shamanistic names that we’ll cover here are symbolic of the ancient practices and beliefs of spiritual healers around the world. We’ll also take a look at some names of fictional Shamans from movies, TV shows and games. So, fasten your seatbelts for a spiritual ride!

For more naming inspiration, take a look at these names that mean healer and these Pagan and Wiccan names.

In this section, we’ll take a closer look at the names of real Shamans around the world whose spiritual healing powers are nothing short of awe-inspiring.

1. Abijiya - Great female Shamans of Mongolia are known as Abijiya.

3. Angakok - Angakok is one of the good Shaman names that refer to Inuit (Native American people living in North America’s coldest regions) Shamans.

5. Ayahuasquero - Peruvian Shamans who use the entheogenic brew called Ayahuasca are known as Ayahuasquero.

6. Baal Shem - A name given to Jewish Shamans.

7. Babalawo - Refers to the Shamans of Nigeria’s Yoruba community. It means “father of the spirits.”

8. Babaylans - Also known as Katalonan or Balian, Babaylans were the Shamans of the pre-colonial Philippines.

12. Beata - The name given to certain female Shamans in Spain.

13. Bobohizan - Also known as Bobolian, Bobohizan refers to a Shaman who is a ritual specialist in the Kadazan-Dusun pagan rites of the Malay peninsula.

16. Bomoh - Bomoh is a name given to some Shamans in Sumatra and Malaysia.

17. Bongthing - The name for male Shamans in the Lepcha tribe of the Himalayas.

18. Boo - Some Mongolian Shamans are known as Boo.

19. Curandero - The Curandero is a type of Shaman who practices spiritual healing in Southern Europe, the United States, and Latin America.

20. Dahia al-Kahina - The name was used in seventh century Tunisia to refer to female Shamans and Priestesses.

21. Dukun - Dukun is a term used in Malaysia to describe Shamans.

22. Eem - The Shamans of California’s Karuk tribe are known as Eem.

23. Fear Feasa - Another name for spiritual healers in ancient Ireland.

24. Idugai - Smaller female Shamans in Mongolia are known as Idugai.

25. Inyanga - The Nguni people of southern Africa use the name Inyanga to refer to Shamans.

27. Jhakri - Shamans in the Indian Himalayan state of Sikkim and its neighbouring country of Nepal are known as Jhakri.

28. Jigari - Great male Shamans of Mongolia are known as Jigari.

29. Kadji - Kadji is the name of Shamans in the Aboriginal communities across Australia and New Zealand. It stands for “clever man” or “clever woman.”

30. Kahuna - Some Hawaiian Shamans are known as Kahuna.

31. Lhapa - Lhapa is the name given to male Shamans in Tibet

32. Lhamo - Lhamo is the name given to female Shamans in Tibet.

35. Machi - Machi is the name of a female Shaman of Chile’s Mapuche community.

36. Mambo - High Priestesses in the voodoo tradition are known as Mambo.

37. Mananambal - A Filipino word for healers and Shamans.

38. Mangkukulam - A Filipino name for Shamans.

39. Mambabarang - Another Filipino name for Shamans.

40. Mara’akame - The name given to shamans of the Huichol Indian people in Northern Mexico.

42. Menye Baada - The name for female Shamans and wives of male Shamans in the Waorani community in Ecuador, meaning “jaguar mother.”

43. Mun - A name for female Shamans of the Lepcha tribe in the Himalayas.

44. Miko - Miko is the name given to female Shamans who practice the Shinto religion in Japan.

45. Mikogami - Another name for female Shinto Shamans in Japan.

50. Noro - The all-female Shaman order of Noro is found in Japan’s Okinawa, in the Ryukyu Islands.

51. P’aqo - A name used in the Andes mountains to refer to Shamans.

52. Paje - A Brazillian name used to refer to Shamans.

55. Pawang - Pawang refers to certain Shamans in Indonesia and Malaysia.

57. Rishi - A name for Shamans and ascetics in India.

58. Sadhu - Another name for ascetics and Shamans in India.

59. Sangoma - Sangoma is the name used to refer to Shamans in the Zulu language.

60. Seidhkona - One of the names used to refer to female Shamans from Norse mythology.

62. Taltos - Shamans in Hungary are known as Taltos.

63. Tang-ki - One of the names used in China to refer to Shamans.

64. Tngri - The most respected Shamans in Mongolia are known as Tngri.

65. Txiv Neeb - This term is used to refer to the Shamans of ancient China belonging to the Hmong community.

66. Udgan - A name often used for female Shamans of Mongolia.

67. Ueinkarkur - An Ainu word for Shamans.

68. Vala - One of the female Shaman names for Shamans from Norse mythology.

69. Veleda - Female Shamans of the ancient Bructerii tribe were known as Veleda.

70. Voelva - Another Shaman name for female Shamans from Norse myth.

71. Volva - Yet another name for Norse mythology’s female Shamans.

72. Wolchwy - A name used to refer to Shamans in Russia.

73. Wulla-mullung - The Shamans of the Wiradjuri tribe in Southeast Australia are called by this name.

74. Yaskomo - The Shamans of the Waiwai people in Brazil and Guyana are known as Yaskomo.

75. Yatiri - Shamans of the Aymara community in South America are known as Yatiri.

76. Yuta - Yuta is an order of Shamans that includes both men and women in Japan’s Ryukyu Islands in Okinawa.

77. Zer mashitum - A name for priestesses and female Shamans of ancient Babylonia.

79. Znakharka - Ukraine’s female Shamans are known by this name.

Over the centuries, numerous female rebel Shamans and Priestesses have been at the forefront of liberation movements around the world that have shaped Shaman history. A female Shaman, sometimes, is called Shamanka. In this section, we’ll take a look at their names so that you are ready to read more about them, their achievements, and the Shamans' history.

81. Antonia - A reference to Antonia Luzia from Brazil.

84. Juana - Refers to Juana Icha, a famous Shaman from Peru.

85. Kimba - A reference to Kimba Vita from Congo.

87. Lozen - This refers to the famous Priestess called Lozen from Apache Nation.

88. Maria - A reference to Maria Candelaria from Chiapas.

89. Nanny - Refers to Queen Nanny of the Maroons from Jamaica.

96. Wanankhucha - A reference to the famous Somalian shaman.

Fictional Shaman Names For Your Characters

97. Bamdu Brighthost - A Shaman name for your fantasy gaming purposes.

98. Bromiak Mountainhorn - A Shaman name to make an impression on your friends.

99. Darrel Garthside - An ideal name for your fictional Orc Shaman.

101. Sonsisi - A Shaman name perfect for a troll character.