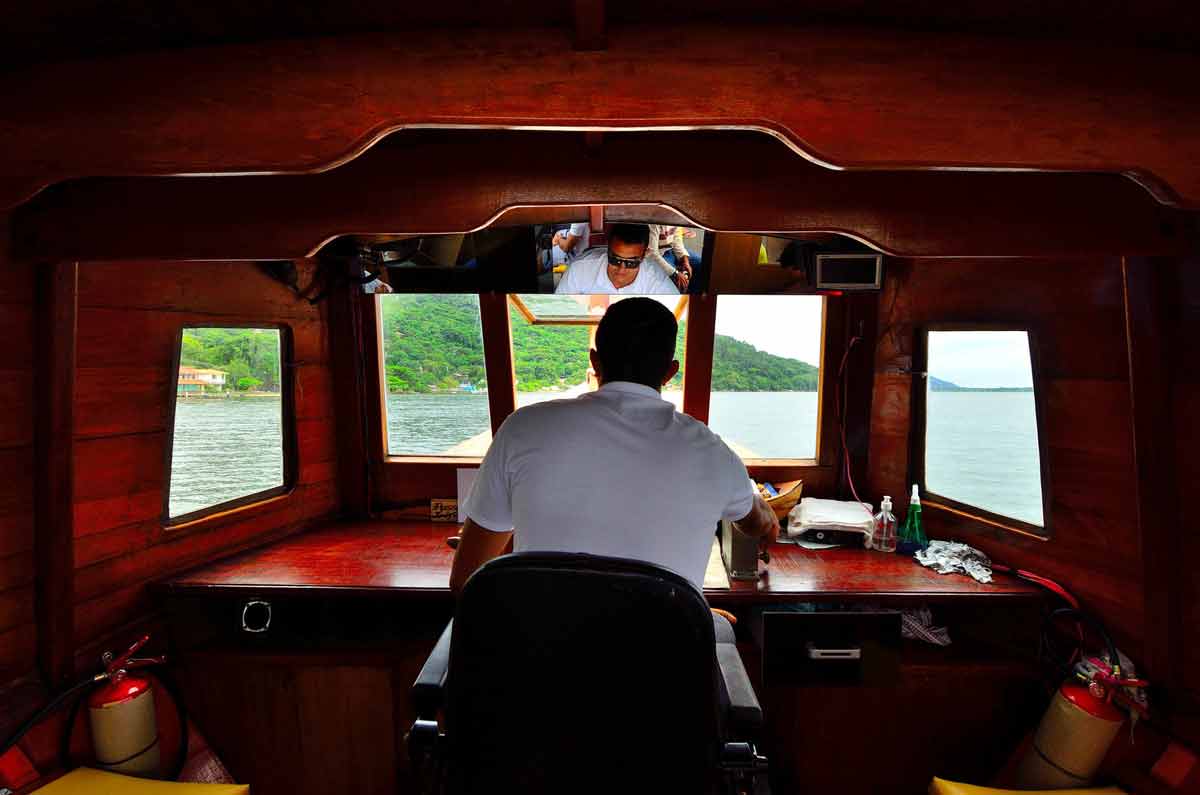 A delightful and hilarious source of pure enjoyable entertainment, 'Captain Ron' is definitely a package deal.

“A diesel loves her oil same as a sailor loves rum,” this quote from the hilarious movie gives us an insight into the bold, nasty and funky character of Captain Ron. 'Captain Ron' is a movie that stays with you for a long while and also triggers the craving to buy a boat, move to any tropical island and go out drinking with Captain Ron!

'Captain Ron' Rico is an ex-Navy boat driver, who has experienced many squalls of life; he's a man of worldly knowledge. In fact, as the movie progresses, you come to terms with the fact that Captain Ron is far more cunning and blunt than first suspected. Besides the stellar performance by Kurt Russell, the beautiful locations, catchy soundtrack, and hilariously comical performance from the rest of the cast, everything is set out to make the movie probably one of the most enjoyable films of its genre. Kurt Russell, an actor who can get away with any role, plays the hysterical one-eyed Captain Ron. Beside him, Martin Short, Mary Kay Place, Meadow Sisto, Benjamin Salisbury Sunshine, and Logroño Jorge also star in the movie.

Here are some of the best 'Captain Ron' quotes for you to enjoy. If you like these 'Captain Ron' movie quotes, then do check out our 'Home Alone' quotes and Addams Family quotes as well.

This goofy, comical story unfolds the adventurous journey of a family that inherits a yacht and decides to sail for Miami. The Harvey family set sail with the assistance of Captain Ron, overcoming various hurdles along their journey; hurdles such as different aspects of their life, Capt. Ron, and their voyage on a boat. We have assembled some of the best 'Captain Ron' gorilla quotes as well as various other funny 'Captain Ron' quotes.

Captain Ron: Pirates, of the Caribbean.

Martin Harvey: Been to Disney World, one too many times? Have we, Captain Ron?”

3. “Martin Harvey: Slow down! There’s boats all over the place.

Captain Ron: Don’t worry. They’ll get out of the way. I learned that driving the Saratoga.”

4. “Hey. Uh, leg feels a lot better now, boss. I always been a fast healer, you know. 'Course I believe in Jesus, so that helps.”

5. “Alright, that's more like it, now you're talking. You can do it, mates. I've never seen such sailors. Not in all my born days, I ain't. Naturals. My God, every one of you, naturals”

Benjamin Harvey: I was just moving it. I wasn't gonna drink it.

Captain Ron: You bet your little booty, you wasn't. You want a beer, you get your own beer.”

7. “Bill Zachary: Mr. and Mrs. Harvey? I'm Bill Zachary from the U.S. State Department. I've got some good news for you.

Bill Zachary: No. But you're not being charged with subversion.”

Caroline Harvey: Yeah. God, I really hate that. Like, I'm into different cultures and different ways of doing things. Like we're watching ‘Mr. Ed’ on TV the other day, and he's speaking French, or something.”

Katherine: But we don't even have supplies.”

10. “Captain Ron: [to Ben]  Hey swab. C'mere. Listen up. Now, the way it works shipboard is, you do your job. You do it good, you get a better job. Maybe you get promoted from swab to mate.

Captain Ron: Alright. Get on it.

Captain Ron: [to Martin]  Sort've an incentive kind of a deal, huh?

Captain Ron: Yeah, incentives are important. I learned that in rehab.”

Basically, this movie is Pandora's box and is a little piece of everything: adventure, family dynamics, pirates, thrill, anticipation, and plenty of laughs. Captain Ron himself is a fantastic, binding character, one that keeps you on the edge of your seat wondering what you will stumble upon next. He beautifully steers you towards the sense of freedom and fun with his character. Read on for some interesting quotes from the movie 'Captain Ron'.

11. “Nothing. They were playing hide the Salami in the shower.”

12. “Captain Ron: if you just let me back into that game I can widdle it down some.

Martin Harvey: Why don't you widdle your way out of my life!”

Benjamin Harvey: That's half the money I have left.”

16. “If we get lost we will just pull in somewhere and ask directions.”

18. “Caroline Harvey: Captain Ron, I was wondering. Are we going to be going to any more 'human' type places?

Captain Ron: We're going to the island just to the left of it.

19. “Captain Ron: [after losing his glass eye] It never did fit anyway. Guess you gotta get 'em custom made.”

20. “Benjamin Harvey: What about your other eye?

Martin Harvey: Great, Cap. Great. Ya hear that? We're almost there. Explain to the kids how you know that, Captain Ron. Someone translate for General Armando.

Captain Ron: Alright, now stay with me: When we left, we had just enough fuel to make it to San Juan. And now... we are out of fuel!”

22. "Benjamin Harvey: Man. What happened to your eye?

23. "Captain Ron : [telling how he lost his eye]  Yeah, it happened when I went down off the coast of Australia.

Here at Kidadl, we have carefully created lots of interesting family-friendly quotes for everyone to enjoy! If you liked our suggestions for 'Captain Ron' quotes then why not take a look at 'Indiana Jones' quotes, or 'Grease' quotes.

How To Keep The Family Safe On Public Transport
Matt Brown
No items found.