Top 100 Celebrity Girl Names That Are Ready For The Spotlight 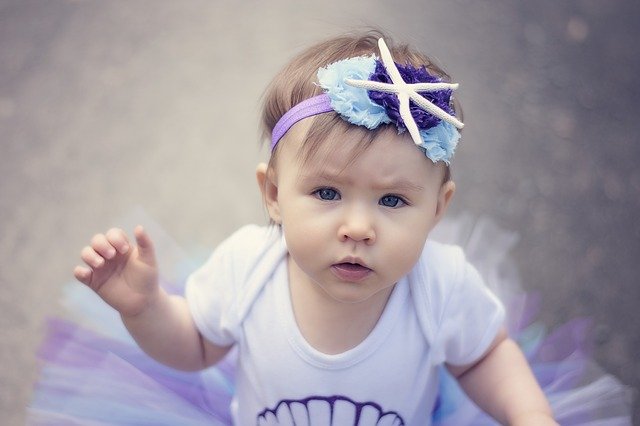 Celebrities are popular people and they have a wide sphere of influence in society, especially on their fans.

We have compiled 100 famous girls' names that have hit the spotlight and continue to stand out even today. The list below contains lots of celebrity baby names and names of famous girls for you to choose from.

You may want your baby girl to take the name of your favorite celeb, or perhaps you will take inspiration from the baby names that your favorite celebrities have chosen to name their own children? The baby names chosen by celebrities have inspired many parents in naming their baby girls. From the many options available, picking one of these celebrity girl names for your little angel can be challenging, so we have put together a list of the best celebrity baby names to help you!

For more baby names inspiration, take a look at these celebrity baby boy names or these edgy girl names.

1. Adele (Germanic origin) means "nobility". It is the name of the popular award-winning English musician Adele.

4. Bella (Latin origin) this is the first name of actress Bella Thorne, and model Bella Hadid.

9. Diana (Indo-European origin) name of the Roman Goddess of childbirth and forest. The name of Princess Diana of Wales.

20. Jessica (Hebrew origin), used in the play 'Merchant Of Venice' by William Shakespeare. The name of popular actress Jessica Alba.

22. Katty (French origin) the same as Katy but with an extra T.

24. Kim (English/Japanese origin) it's short for Kimberley in English and means "precious" in Korean. The name of American media personality Kim Kardashian.

Celebrities sometimes give their children some unique baby names. These celebrity baby names can provide great inspiration for choosing a slightly unusual name of your own.

26. Apple (English origin) name of the daughter of Gwyneth Paltrow and Chris Martin.

30. Blue Ivy (English origin) name of the first child and daughter of Beyoncé and Jay Z.

34. Delilah (Hebrew origin) name of the daughter of Keira Knightley and James Righton.

44. Kulture (American origin) daughter of rapper Cardi B and Offset.

46. Locklyn (Scottish origin) means "from the land of lakes". Name of the daughter of Kyla Weber and Vince Vaughn.

49. North (English origin) it is one of the four geographical directions. Name of the first daughter of Kanye West and Kim Kardashian.

56. River (Latin origin) name of a daughter of Kelly Clarkson.

Celebrity baby names are not all unique. Most of these famous girl names are popular amongst more than just celebs.

63. Charlotte (French origin) means "a free person", name of the daughter of the Duke and Duchess of Cambridge.

85. Violet (English and Latin origin) refers to the purple flower, it is the name of the daughter of Jennifer Garner and Ben Affleck.

86. Vivian (Latin origin) means "to be alive", name of the daughter of Angelina Jolie and Brad Pitt.

87. Wyatt (English origin) is mainly a name for boys, but it also happens to be the name of the daughter of Mila Kunis and Ashton Kutcher.

Celebrity Baby Names From The Past

Although they may not be in the spotlight, the same way they were some years back, they still make some of the cutest and creative baby names around. These are names of children of older celebrities from throughout history.

88. Alexandra (Greek origin) name of a daughter of Keith Richards.

89. Courtney (Old French origin) the name of the daughter of Natalie Wood and Robert Wagner.

90. Emma (Germanic origin) name of a daughter of Julie Andrews.

92. Liza (Hebrew origin) name of a daughter of Elizabeth Taylor.

93. Lourdes (French origin) name of a daughter of Madonna.

94. Mary (Latin origin) name of a daughter of Sir Paul McCartney of The Beatles.

100. Vanessa (Greek origin) name of the daughter of Jane Fonda.