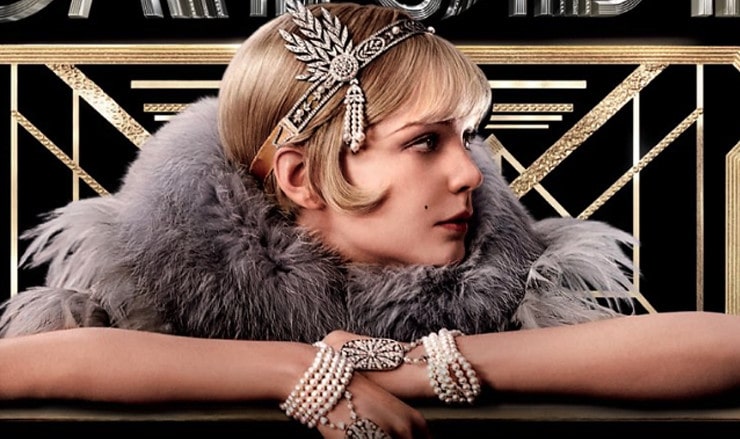 The 1920s were a prosperous and exciting time when crowds started changing their style of dress and dance.

Use the time period as name inspiration for your babe and instill a sense of fun and creativity within them. The roaring '20s have gone down in history as some of the best times, and using popular baby names from this decade can bring that sense of individualism and fun to your little one's life.

Start searching now for the most popular baby names from the roaring '20s and for your baby boy or girl.

For more, why not have a look at these '80s names for babies or these old man inspired baby names?

Popular Girl Names Then And Now

Many names that 1920s parents gave their girls gained popularity then and have remained top contenders today.

3.Betty (Hebrew Origin) meaning "oath of God", this was among the top 1920s girl names thanks to an actress named Betty Blythe

8.May (French Origin) a good choice in baby names for someone with a sunny disposition

9.Rose (Latin Origin) one of the flower-based baby names for girls

Popular Boy Names Then And Now

Lots of popular names in the 1920s like John, William, James, and George have continued to remain popular for boys today.

15.Frank (German Origin) one of the names of the region meaning "of the Franks"

16.James (Hebrew Origin) one of the most popular 1920s baby names meaning "supplanter"

17.John (Hebrew Origin) another of the most popular baby names for boys meaning "Yahweh is gracious"

20.Richard (German Origin) one of the names of a "strong ruler"

23.Thomas (Greek Origin) one of the best names for a twin boy considering it means "a twin"

24.Wesley (Anglo-Norman Origin) means "a field to the west"

Unique Girl Names From The '20s

Not all names popular in the 1920s continued to be used. Many remain unique today and are just waiting for you to bring them back for your girl.

36.Margaret (Greek Origin) meaning "pearl" , why not use popular nicknames like Maggie, Mags, and Madge for your little Margaret?

37.Marjorie (Scottish Origin) another of the baby names meaning "pearl"

Unique Boy Names From The '20s

Names like James, John, and George that have remained largely popular aren't all that were used in the '20s. Plenty of names from the 1920s remain unique to their time period, just waiting for you to bring them back for your bundle of joy.

52.Eugene (Greek Origin) another of the baby names meaning "noble"

Looking for a unisex name that will fit either gender? Use the 1920s as inspiration.

68.Frankie (English Origin) meaning "free one", Frank was a popular name for males but Frankie was used for either gender

70.Jean (Scottish Origin) meaning "the Lord is gracious", this was one of the popular baby names throughout the '20s and '30s

72.Marion (Hebrew Origin) one of the names meaning "from the sea"

74.Ray (English Origin) meaning "roe deer", predominately a male name, Ray is often used as a nickname for females. Why not use it as a first name for your girl instead? Ray of sunshine comes to mind.

75.Willie (German Origin) meaning "gilded helmet", this was among the baby names popular for both boys and girls in the '20s.

Use some inspiration from all things roaring '20s and consider unique names for your babe.

77.Charleston (English Origin) meaning "town of King Charles", one of the 1920s boy names made popular thanks to the dance of the decade.

78.Dancer (English Origin) meaning "one who dances" , women enjoyed dancing during the 20s and many become known as Flappers thanks to their style of dress.

79.Ford (English Origin) can mean "river crossing", Ford was one of the popular cars being sold at the time due to its affordable pricing.

80.Fox (English Origin) after the animal, based, in this case, on the Fox Trot dance.

81.Harlem (Dutch Origin) meaning "home on a wooded hill", why not use the name after the Harlem Renaissance?

82.Jake (Hebrew Origin) "supplanter", once used as a slang term for 'fine'.

83.Jazz (American  Origin) one of the popular music names in the 1920s

84.Kale (Gaelic Origin) means "calm", it was used as a term for money

87.Otto (German Origin) meaning "wealth", "prosperity", consider it after automobiles that became popular in the 20s

89.Rene (French Origin) meaning "reborn", use it after the Harlem Renaissance.

Famous Names From the 1920s

Lots of famous names came out of the 1920s that you can consider for your boy or girl.

90.Al - after Capone (English Origin) meaning "noble", " - He was an infamous gangster of the times who ran a multi-million dollar operation.

93.Charlie - after Charlie Chaplin (English Origin)  meaning "free man" - He was an actor and filmmaker.

97.Helen - after Helen Keller (Greek Origin) meaning "light" - Helen was a blind and deaf writer who became an activist  and advisor for the American Foundation for the Blind.

99.Louis - after Louis Armstrong (French Origin) means "famous warrior" -He was a popular trumpet player and jazz musician throughout the 1920s and after.

100.Mary - after Mary Pickford (English Origin) meaning "sea of sorrow" - This was one of the top 1920 names. Mary was a popular actress who came to be known as America's sweetheart.

102.Ruth - after Babe Ruth (Hebrew Origin) - meaning "friend" - He rose to fame when he became a batter for the New York Yankees.

103.Scott - after F. Scott Fitzgerald (Scottish Origin) meaning "from Scotland" - He's the writer of the novel, The Great Gatsby.

104.Simon - after Richard L. Simon (Greek Origin) meaning "he has heard" - The publisher of Simon & Schuster. He and his partner published the first crossword puzzle book in 1924.