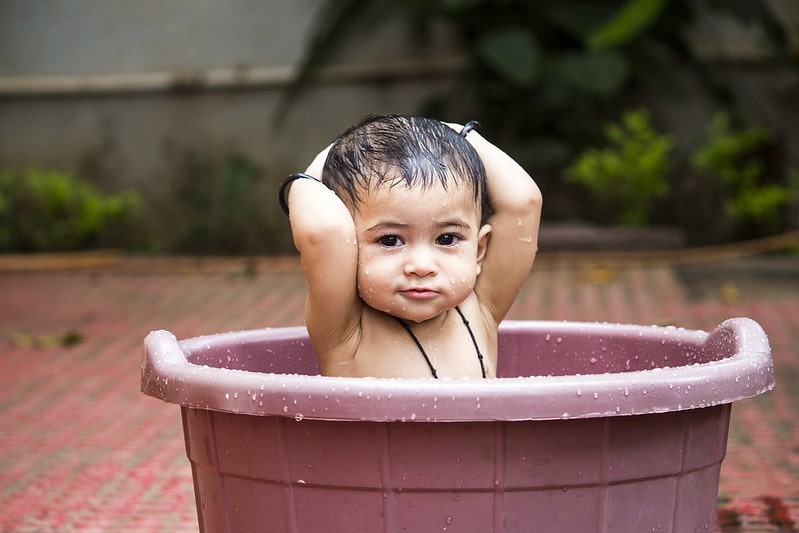 Get inspired by cities from all over the world when choosing a name for your baby boy.

Naming your baby boy is one of the most important tasks any parents-to-be have to do. For lovers of geography and travellers, baby names inspired by cities might be a good place to start.

City Names From The UK

Baby names for boys can come from the UK. There is no shortage of beautiful places with interesting names around, and these might be perfect for your baby boy.

1.Arran - Aaron too obvious? Arran is a Scottish island that could give you an alternative baby name.

2.Ashton - A lot of places have Ashton as a name in England and Scotland.

7.Chester - Historical city close to the border with Wales.

8.Dale - Meaning "lives in the valley," Dale is popular with the Welsh.

9.Dover - Famous for its white cliffs, Dover is a city in Kent.

16.Kensington - From the Royal Borough of Kensington and Chelsea in the English capital.

18.Kyle - Meaning "a narrow channel between islands," Kyle is a village in Scotland.

19.Leyton/ Leighton - District in the North East of the capital of England.

21.Logan - Meaning "little hollow," Logan is a town in Scotland, as well as the name of a clan.

25.Sheldon - Part of Birmingham, in the West Midlands.

26.Trent/ Trenton - Refers to the river Trent and a village in Dorset.

28.Whitley - Meaning "from the white meadow," Whitley Bay is a seaside town in Northumberland.

29.York - Meaning "yew" in Brythonic, York is a historical city in Yorkshire founded by the Romans.

Europe has a number of cities that are names. Take inspiration from these cities to name your baby boy.

30.Aragon - Meaning "high valley," Aragon was a Spanish Kingdom during the Middle Ages, which took its name from the river Aragón. It is still the name of a place in Spain today and a cute baby name.

31.Berlin - The capital city of Germany.

32.Cyprus - Meaning "fair one," this is also the name of a Mediterranean island.

33.Dublin - The capital of the Republic of Ireland.

35.Macon - Meaning "marsh dweller," this French city rests on the banks of the Saône river in the Eastern part of the country.

36.Milan - The Italian city of fashion, Milan is actually of Slavic origin and means "gracious, dear."

37.Oslo - The capital of Norway makes for a cute city baby name.

38.Paris - The City of Lights, the capital of France, but also the name of the son of the King of Troy. Paris started the Trojan War by running away with the beautiful Helen of Sparta. Paris works for both boys and girls.

39.Troy - Meaning "foot soldier." This ancient Greek city comes with a lot of history and legends.

City Names From The USA

American cities have names that are popular all over the world for baby boys. For a baby name with a side of Americana, look no further than these great place names.

40.Afton - Meaning "afternoon" or "evening" in Swedish. Located in the State of Virginia.

41.Aspen - Ski resort in Colorado named after the tree.

43.Boston - Boston, in Massachusetts, is quite an unusual name for a baby.

44.Bronx - The Big Apple district is famous the world over and could be the perfect name for your baby.

45.Brooklyn - The New York district gave its name to the Beckhams' eldest son.

46.Carson - Multiple places in the USA have this name.

47.Chandler - Meaning "candle seller," Chandler can be found in Arizona and is a cute name for baby boy.

52.Dakota - Meaning "ally, friend" in Sioux, this name works for any gender.

57.Harlem - District of in the north of Manhattan.

59.Indiana - US State and city (Indianapolis). This name was made famous by none other than Indiana Jones.

60.Indio - In California, Indio is right next to Coachella. Fitting for a little hipster city baby.

61.Jackson - Jackson is in Mississippi.

62.Laredo - Spanish baby name and a city in Texas.

65.Orlando - City in Florida, Orlando means "famous." It is the Italian version of Roland.

66.Phoenix - Capital of Arizona. Meaning "reborn from the ashes" and also the name of a mythical bird.

68.Salem - Meaning "peace" in Hebrew. Salem is famous for the witch trials.

69.Wyatt - Means "brave warrior" and can be found in Missouri.

City Names From Around The World

The obvious places might not be where you want to look for inspiration. Some of the baby names inspired by cities from around the world are very popular, others quite unusual, but all of them are beautiful.

70.Amman - The capital of Jordan. The name means "peaceful," as well as "trustworthy."

71.Cairo - Meaning "victorious" in Arabic, this is the name of the capital of Egypt.

73.Caspian - The Caspian Sea sits between Europe and Asia and is the largest enclosed lake/sea on Earth. This is also the name of the Prince in C.S. Lewis' books, The Chronicles of Narnia.

74.Jericho - Meaning "city of the moon," this Palestinian city is located in the West Bank.

75.Melo - City in Uruguay, this is a popular name in the country.

79.Rio - City in Brazil, famous for its Carnival.

80.Salvador - Meaning "saviour" in Spanish, this is a common city name in Central and South America, as well as the name of a country.

82.Sydney - Large city in Australia. This baby name is great for both boys and girls.

83.Zaire - River and the old name for the Democratic Republic of the Congo. It comes from nzere (Kongo language), which means "river that swallows all rivers."

84.Zion - Meaning "highest point," Zion is a Canaanite hill fortress in Jerusalem, Israel. The name is mentioned multiple times in the Bible.