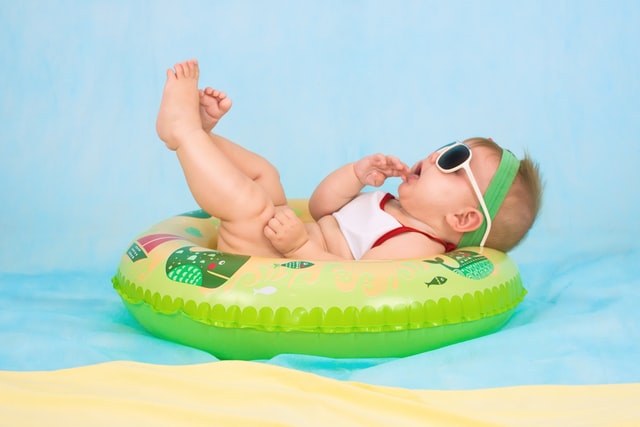 Finding a unique name for your baby can seem like a daunting task.

With so many options for baby names, narrowing these down can seem impossible. However, you can make a start by choosing whether you want to go for something traditional or more contemporary.

For more alternative names, take a look at our selection of hipster names, and edgy girl names.

3. Basil (M) (Greek origin) meaning "royal" or "Kingly". Basil is well-known as a herb. One of the most sophisticated boy names on this list.

10. Hawk (M) (Low German origin) referring to a "bird of prey." There have been characters named or nicknamed Hawk in 'The Revenant'.

11. Iggy (M/F) (Etruscan origin) meaning "fiery". One of the unusual baby boy names that can also be used for a baby girl. A very uncommon girl name that you may like to give your girl.

12. Igor (M) (Russian origin) meaning "warrior of peace". This was a popular name in the past and you may like to bring it back.

13. Indigo (M/F) (Greek origin) meaning "Indian dye". Also the name of the flower/plant from which the dye is created.

15. Leon (M) (Greek origin) meaning "a lion". Leon of Sparta was a famous Spartan king. A strong baby name for your son.

17. Mario (M) (Latin origin) meaning "the Roman God of war".  This name gained its popularity from the video game 'Super Mario'. This could be a favorite baby name for parents.

20. Pearl (M/F) (English origin) meaning "a natural shiny bead". One of the most popular baby names you may give your child to signify their innocence and beauty.

Assist your search in discovering unique baby names for your son with our list below.

24. Anwyll (Welsh origin) meaning "one who's loved by all". You may like to give your boy this name to instil leadership qualities in him.

27. Arrow (English origin) meaning "a projectile weapon". This is one of the rarest baby boy names related to 'Green Arrow'.

29. Carney (Native American origin) meaning "an old woman". This is one of the most unusual names for boys, originating from the popular villain, 'Carnage' from the 'Spiderman' series.

30. Cecil (Welsh origin) meaning "blind or dim-sighted". This is one of the rarest boy names in the US.

36. Emmanuel (Hebrew origin) meaning "God is with us".

37. Finley (Scottish origin) meaning "white warrior". Finley is becoming one of the top names for boys in both the US and the UK.

38. Ford (Old English origin) meaning "someone living near a crossing of a river".

41. Vincent (Latin origin) meaning "to conquer". It is also one of the most unusual baby boy names.

Nature-inspired baby names are unique. Below we have listed several unusual names for both boys and girls. They all derive from natural elements - flowers, mountains, and lakes.

42. Adair (M/F) (Gaelic origin) meaning "from the oak tree ford". One of the top baby names that parents might give to their unique baby.

52. Huxley (F) (English origin) meaning "from Hoc's field".  The most uncommon baby name in the US for girls.

55. Lars (M) (Scadinavian origin) meaning "man from laurel". This could be one of the unusual baby boy names as well baby girl names.

Give your baby girl the lifelong gift of one of the most beautiful, unusual girls' names. Most  baby girl names nowadays are not only cool but may also be used for boys. Below is a list of some trendy and unusual baby names for your baby girl.

64. Alena (Greek origin) meaning "bright one". It is the modern form of Helen.

68. Frankie (American origin) meaning "freeman or from the species of Franks in France."

70. Kai (Hawaiian origin) meaning "of the sea; keeper of the keys". Kai is occasionally given to girls; Donald Trump, Jr. has a daughter named Kai Madison.

73. Montana (Spanish origin) meaning "of the mountains". Commonly associated with the popular fictional pop singer 'Hannah Montana'. This could be a unique baby name.

Gender-neutral names are frequently chosen by parents. Here is a list of some of our favorite unisex baby names.

79. Aiden (Irish origin) meaning "fiery one". Aiden was the old Celtic God of the sun and fire.

80. Archer (English origin) meaning "one who utilizes a bow and arrow".

83. Carson (Scottish and English origin) meaning "Carr's son or inhabitant of the marsh".

85. Emerson (Anglo-Saxon origin) meaning "child of Emery". One of the top most contemporary baby names.

88. Jo (French origin) meaning "Jehovah grows". One of the top most uncommon baby names, most frequently used as a shortened nickname.

90. Lane (Old English origin) meaning "one who live in a narrow path".

91. Leighton (English origin) meaning "from the town near the meadow". This is the rarest of all baby names.

95. Oakley (English origin) meaning "sturdy, powerful, or from where the oak trees".

96. Paisley (Persian origin) referring to a specific textile pattern. One of the most interesting rare names for girls.

97. Remi (French origin) meaning "remedy". One of the few beautiful baby names that can be used for either sex.

98. Rowan (Irish and Scottish origin) meaning "little red one". This is a great Irish name.

Kidadl has lots of great names articles to inspire you. If you liked our suggestions for alternative baby names then why not take a look at our list for girl names with boy nicknames, or for something different take a look at these non-binary names.