Top 139 Croatian Names For Your Baby That You'll Love 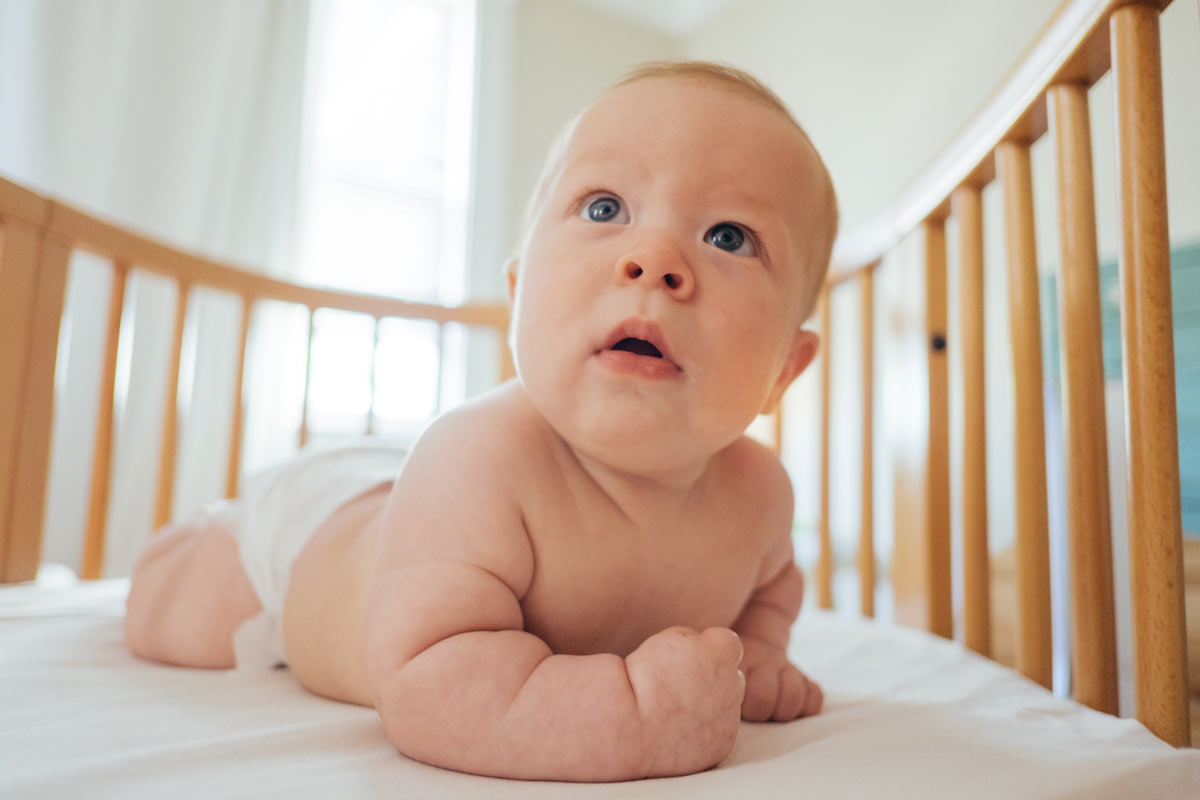 Croatia is a country in south-eastern Europe, south of Slovenia and east of Italy, with the Adriatic Sea in between.

When it comes to choosing Croatian male names and Croatian female names, the traditional names with Slavic origin are highly favoured, though many are derived from Christian names too. In fact, over the last century, the most popular Croatian names haven't changed much at all!

Take a look at our top picks of Croatian first names, to help you find that perfect name for your beautiful new arrival. From the most popular to the most unique, these Croatian names will surely inspire. The majority of the names are Slavic, a large language family spoken across Europe.

When it comes to pronouncing Croatian names, there aren't any silent letters, and letters are pronounced in the same way, no matter where they are positioned. In addition, each letter is clearly enunciated and the sounds don't change when certain combinations of letters come together (for example, 't' and 'h' are both expressed separately, even when together, you won't get a 'th' sound).

Aside from the popular derivations of names from around the world, many common names in Croatian culture have remained that way over the last century (and some, even the century before).

1. Borna: This first name is derived from the Slavic elements which mean 'to battle' or 'to fight'.

2. David (Hebrew origin): Means 'beloved'. As you may have noticed, the original Hebrew name is used in the same form in Croatia.

4. Ivan: Croatian for John, meaning 'God is gracious'. Other forms are Ivano and Jan.

5. Jakov: The Croatian name for Jacob, which means 'held at the heel'.

6. Josip: Croatian for Joseph, which means 'God will add'.

7. Leon (Greek origin): Derived from the Greek word for 'lion'.

8. Luka (Greek origin): Croatian for Lucas, which means 'from Luciana'.

9. Matej: Meaning 'gift of God', and is the Croatian form of Matthew.

10. Mateo: Meaning 'gift of God', and is the Croatian form of Matthew.

11. Mihael: The Croatian form of Michael, meaning 'who is like God?'.

Popular Croatian Given Names For Girls

These lovely names for girls are a common choice for Croatian parents in particular.

15. Elena: A form of the popular name Helen in Croatia and other countries in the world. Helen means 'torch'.

16. Ema: A form of the popular name Emma in Croatia and other countries in the world. Ema means 'whole'.

17. Eva: Meaning 'to live' or 'to breathe' and is a form of Eve, one of the oldest female first names in history.

19. Lara (Russian origin): A short form of Larisa, which was once the name of an ancient city.

20. Lucija: A variation of Lucia, which means 'light'.

21. Marija: Marija is a variation of Mary, meaning 'beloved'. From Mary came Maria, and from Maria, Marija.

23. Nika: The female form of Nikola, meaning 'victory of the people'.

25. Rita: A short form of Margherita, derived from the Margaret which means 'pearl'.

These well-loved names have been used century after century, and are strongly preferred by parents with Croatian roots, who desire names which reflect their heritage and history.

34. Dragutin: Meaning 'one who is dear and precious'.

38. Hrvoje: Meaning 'Croat', as it is derived from the Croatian word 'hrvat'.

42. Jadrian: Meaning 'one who is from the Adriatic sea'.

43. Jerko: A diminutive of Jeromin, which means 'a holy name' or 'one who is saved from harm'.

46. Kristofor: Means 'the worshipper of Christ'.

47. Kruno: A shortened version of Krunoslav, which means 'glory to the crown'.

50. Srecko: Means 'one who brings glory to the family'.

51. Tin (Vietnamese origin): Means 'thinker'. When not used as a first name, Tin is a Croatian suffix name which means 'saint'.

57. Zelimir: Meaning 'one who desires peace'.

One of these could be perfect if you are looking for a name steeped in tradition for your little girl.

61. Antea: Meaning 'rival' and is the female form of Antaeus.

63. Bozica: A diminutive of Bozena, which means 'a goddess'.

64. Branka: the Croatian word for 'protection of glory'.

68. Elizabetha: Meaning 'God is a provider of satisfaction'.

70. Jadranka: Meaning 'a woman named after the Adriatic sea'.

89. Urma: Named after the date fruit.

90. Valpurga: Means 'the female master of the tower'.

91. Vedrana: Meaning 'one who is jolly and merry'.

94. Vita: The feminine form of Vitus, which means 'life'.

96. Vladimira: The feminine form of Vladimir, which means 'to rule'.

97. Vlatka: Meaning 'to rule'. Vlatka is a form of Vladimira.

98. Zaklina: Means 'God will add' and is a feminine variant of Jakov.

Looking for some inspirational names? Take a look at these names of famous Croatians who have made their marks on the world your new arrival is about to enter. Who knows, they may even follow in their footsteps.

106. Goran: (male) Means 'highlander'. Goran Visnjic, one of the most famous Croatian actors in TV, was born in Sibenik, Croatia.

108. Nikola: Meaning 'victory of the people', Nikola is a unisex name derived from Nicholas. The famous engineer and inventor Nikola Tesla, from whom the name of the major tech company was inspired, was born near the town of Gospic in Croatia.

109. Oscar (Old English origin): (male) Means 'friend of deer'. The famous Croatian sculptor Oscar Nemon, also known as the 'sculptor of the nation's leaders' was born in the Croatian city of Osijek in 1906.

While there are many names that have become common the world over, many of these names receive a special Croatian twist in the country, which have gained their own popularity over the last century, and the century before.

111. Andrija: The Croatian name for Andrew, meaning 'masculine' or 'manly'.

113. Damjan: The Croatian name for Damian, meaning 'to tame'.

115. Deniel: The Croatian name for Daniel, meaning 'God is my judge'.

116. Dorijan: Croatian for Dorian, meaning 'child of the sea'.

117. Frane: Croatian for Francis, and can also be shortened to Fran.

122. Lovrenco: The Croatian name for Lawrence, meaning 'from Laurentum'. The shortened version of this name, Lovre, is also a popular baby name.

123. Marijo: Croatian for Marius, which means 'from Mars' and also 'male'.

124. Matko: Means 'gift of Yahweh' and is a diminutive of the name Matthias.

127. Niko: The Croatian form of Nicholas, meaning 'victory of the people'.

Many first names which are common all over the world have beautiful Croatian forms that would be lovely names for a baby girl.

130. Adrijana: The Croatian variant of the name Adriana.

131. Josipa: The Croatian variant of Josephine, meaning 'God will add'.

133. Sarlota: The Croatian form of the name Caroline, which means 'strong'.

134. Sesila: The Croatian variation of Cecilia, which means 'blind'.

135. Stjepana: The feminine form of Stephan, which means 'crown'.

137. Vasilija: The feminine form of Basil, which means 'king'.

138. Veronika: The Croatian variation of Veronica, meaning 'honest' and 'true'.