100+ Top Dutch Last Names That Are Traditional Or Modern 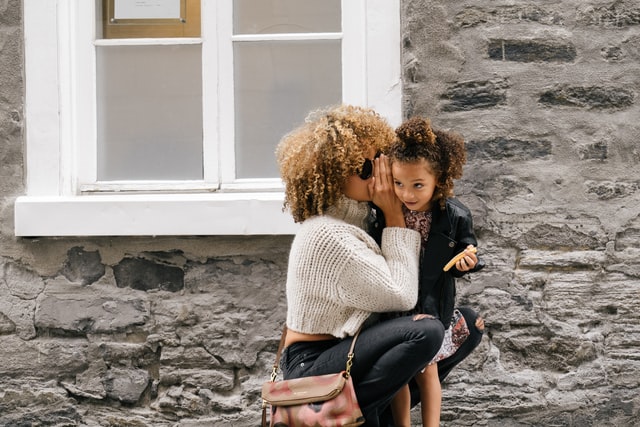 The use of patronymics is common in a Dutch last name.

People started using Dutch family names after 1811, after the annexation of the Netherlands by Emperor Napoleon. Dutch people or the Dutch are a West Germanic ethnic group, and these people are native to the country of the Netherlands.

Dutch people share a common ancestry, common culture, and speak the Dutch language. Dutch people and their descendants have migrated to different migrant communities worldwide. A Dutch family's last name is based on occupations and even named after objects or animals. Many people use patronymic surnames that mean they address people as "son of", "daughter of" their father. Dutch people also use location-specific family surnames, especially in North Holland.

Dutch surnames also originated from different personal qualities. The Dutch language is considered to be a West Germanic language. Netherlandic or Dutch Nederlands, Flemish or Flemish Vlaams, Frisian (Fries), and German are the official languages spoken by the Dutch population. After Emperor Napoleon annexed the Netherlands, they started having a census for the purpose of taxation; as a result, it was mandatory for everyone to have a last name as having surnames was not a common practice for the Dutch people. The Dutch people thought that this whole arrangement would be a temporary measure and took on funny, comical, offensive sounding names as a practical joke on their French occupiers; as a result, Dutch surnames are so weird.

If you are interested in learning more about different names and surnames, you can look at our other articles Dutch Names and Old German Names.

Here is a list of common South Holland and Netherlands last names. These names in the Netherlands are very common and popular.

3. Meijer/Meyer meaning "farmer who represents the landlord of feudal estates".

4. Jansen/ Janssen meaning "son of Jan". This name gained popularity through the character of Tek Jansen from 'The Colbert Report' comic. Vincent Janssen is a famous Dutch footballer.

5. Smit meaning "blacksmith". Associated with Aernout Smit, who is a popular Dutch painter. This is a common name in the Netherlands.

6. Van de Berg/Van den Berg meaning "from the mountains". This name can be associated with Adrian Van den Berg who is a popular Dutch guitarist.

7. Van Dijk meaning "folk from the dike". This name can be linked with Virgil Van Dijk, the famous Dutch footballer, who plays in the Premier League for Liverpool F.C.

Dutch culture consists of various forms of traditional music, dance forms, and clothing which have all inspired Dutch names. Here are some popular Dutch last names you may like.

9. Beek meaning "from the brook". Originated from a town called Beek in the Netherlands.

13. Boogaard meaning "from the orchard". This name can be linked with Erik-Jan van den Boogaard, a former Dutch football player.

15. Koning meaning "the king". This name can be associated with Hans Koning Dutch writer is popular for 'Walk with Love and Dead'.

16. Kuiper/Cuyper meaning "the cooper". This name is popular because of Frits Kuiper, a popular Dutch footballer.

18. Linden meaning "from the Linden". This name can be linked with Jaap Ter Linden, a popular Dutch musician, and conductor.

24. Vos meaning "fox". This name can be associated with Edgar Vos, a popular Dutch fashion designer.

25. Wit/de Wit meaning "the blond". This name is linked with Jacob de Wit, a Dutch painter.

26. Zijl meaning "from the waterway".

27. Birmelin - this surname is associated with Dutch playwright and poet John Birmelin.

31. Otto (German origin) meaning "wealth, prosperity". Bodo Otton, who was a senior surgeon of the continental army during the American Revolution, bears this surname.

35. Wollenweber (German origin) meaning "occupational name for a weaver". Writer and poet Louis August Wollenweber is a famous bearer of this last name.

36. Wolfe (Old German origin) meaning "wolf battle". This name can be associated with Jane Wolfe a film actress who bears this family name.

Dutch is an official language of Belgium. Here is a list of Dutch surnames which you'll find in Belgium.

39. Aafjes meaning "son of Aafje". Aafjes is a rare surname. This name can be associated with Bertus Aafjes, a famous Dutch poet who bears this family name.

49. Akkersdijk, meaning "field by the dyke".

60. Kikkert meaning "frog". Derived from kikker. This name can be associated with Jan Elias Kikkert, a Dutch lithographer and water-color artist who carried this surname.

67. Prinsen meaning "son of the prince".

Frisia is a province in the Netherlands, also known as Friesland. Here is a list of Dutch surnames you may love to learn more about.

74. Gerbrandy is a west Frisian surname. Pieter Sjoerds Gerbrandy served as the Prime Minister of Netherlands.

75. Hoekstra meaning "from the corner, river bend". André Hoekstra is a popular Dutch footballer who bears this family name.

76. Jansma Is a west Frisian toponymic surname. It is associated with Dutch writer and archeologist Esther Jansma.

78. Kingma Derived from the Dutch word kinge. A famous bearer of this name is Vivian Kingma a popular Dutch cricketer.

80. Trepstra meaning "person who lived on a terp". A famous bearer of this name is Anne Terpstra is a popular Dutch Olympic cross country cyclist.

82. Wiersma meaning "son of Wire". A famous bearer of this name is Jelmer Wiersma a Dutch heavy metal guitarist.

Van is a preposition in the Dutch languages, meaning "of" or "from" depending on the context. In olden times, people were named after the place they lived in that is why many Dutch surnames start with Van. If you are looking for Van last names, here are some last names that start with Van.

85. Van Acker meaning "from Acker". A famous bearer of this name is Achille Van Acker, Prime Minister of Belgium.

87. Van Agterben meaning "from behind".

90. Van Ankeren meaning "from the anchor".

91. Van Antwerp meaning "from Antwerp". Derived from a city named Antwerp in Belgium.

92. Van As meaning "from Asch". Derived from a town in the Netherlands meaning "ash tree".

93. Van Baarle meaning "from Baarle". Derived from a town named Baarle in Belgium.

96. Van Buuren meaning "from Buren". Buuren is a small town on Ameland island.

97. Van Dalen meaning "from the valley".

Kidadl has lots of great baby names articles to inspire you. If you liked our suggestions for 100+ Top Dutch Last Names That Are Traditional Or Modern then why not take a look at something different like Belgian Last Names or Norse Boys Names.