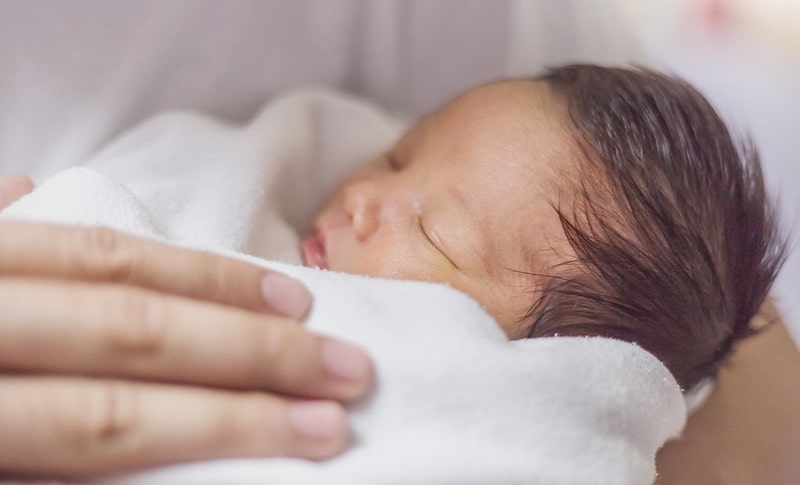 The Philippines is a fascinatingly unique country peppered with pre-colonial, Spanish, Japanese and American influences.

Due to their rich heritage, Filipino names are extremely diverse and from a variety of countries, eras, and cultures. Whether you are looking for an elegant traditional name, a mystical name, or one inspired by nature, you can look east and give your baby girl a beautiful name.

We have searched all over for the top 100 Filipino names for girls. Currently, the most popular name is Althea. A pretty gorgeous name for a baby girl, don’t you think? To find that perfect baby girl name for your newborn just scroll through this article

These Filipino baby names may have been popular a while back, however, the beauty behind their meanings is timeless. Many of these baby names have Spanish origin, due to their occupation of the Philippines for decades. The Spanish brought Christianity with them so it is also common for Filipinos to have biblical names.

2.Carmelita (Spanish origin) meaning garden in Spanish and inspired by the garden of Eden.

4.Christina (English origin) meaning "follower of Christ" this is a  common Filipino girl name because of The Philippines' Christian roots.

6.Dolores (Latin origin) one of many names given to the Virgin Mary, it is the foundation for many Filipino nicknames such as Lola and Lolita.

10.Liezel (Filipino origin) the Tagalog of Elizabeth, this name is a  popular girl name due to its French flair.

11.Maria (Latin origin) one of the most popular Filipino girl names because of the Christian population.

13.Perlah (Spanish origin) meaning pearl. It is believed this name will bring Wisdom and Health to your baby girl.

14.Reyna (Spanish origin) Meaning queen. This is one of the most common Filipino girl names.

Looking for modern baby names? Many contemporary girl names in the Philippines are inspired by a mix of cultures and have a sweet quality to them. Stay ahead of the trends with these unique yet pretty Filipino names.

18.Awit (Filipino origin) a musical name inspired by a poem of hymn.

21.Leona (Greek origin) one of the most strong baby names meaning lioness.

25.Ophelia  (Greek origin) a romantic name after a character from Hamlet.

26.Philippine Why not name your baby after the wonderful country?

27.Princess (English origin) one of the cutest Filipino names for little queens.

28.Queenie (English origin) a playful name for a powerful girl.

29.Sunshine (English origin) a name reflecting the year-round sun in the Philippines.

The Philippines is famous for its (7,641) idyllic tropical islands, lush rice terraces, and vibrant flora and fauna. Of course, many Filipino baby girl names are inspired by the country’s marvellous nature, so naturally, they too are timelessly stunning.

34.Agila (Filipino origin) meaning eagle. It is also the national bird of the Philippines.

37.Amihan (Filipino origin) also used to describe the monsoon season in the country.

40.Hazel (English origin) an earthy name reflecting the colour of a tree.

42.Ivy (English origin) a short and sweet name after the plant.

48.Rosa (Spanish origin) one of the most popular Filipino girl names meaning rose.

49.Sampaguita (Filipino origin) the national flower of the Philippines.

These popular Filipino baby girl names have been inspired by famous women. The country has a thriving entertainment industry and also, since the American occupation, The Philippines has been exposed tonnes of Western media, so some of the names are based on global celebrities (even fictional ones!).

53.Corazon: (Spanish origin) a common word for heart. A former president of the Philippines was named Corazon Aquino.

54.Darna (Filipino origin) a fictional superheroine popular in the Philippines.

55.Diana: (Latin origin) meaning luminous, this name is inspired by Diana, the Princess of Wales.

56.Floribeth (Filipino origin) this name was popularised by Floribeth Mora Diaz, a named wonder by the Roman Catholic Church.

58.Imelda (Spanish origin) a name based on the German word for "universal flight", this name was popularised by Imelda Marcos.

59.Jasmine (Persian origin) a Filipino flower. This name was made popular by Disney's Princess Jasmine.

Names of Filipino origin are less common, but they have a beautifully mystical ethereal feel to them. Many names emerged from Filipino mythology and folklore. Here we have listed these beautiful, striking and unique Filipino names.

67.Diwata a baby girl name after the fairies and spirits of nature in Philippine mythology.

69.Hiraya translates to "may your dreams come true" and a name for strong baby girls.

70.Hiyas meaning jewel, this is a unique name for precious baby girls.

74.Luwalhati is glory or splendour.

75.Luzviminda this name is a combination of Luzon, Visayas and Mindanao regions in the Philippines.

76.Mahalina meaning "to be fascinated".

78.Marikit one of the cutest Filipino baby names meaning beautiful or pretty.

82.Tadhana one of most mystical baby girl names meaning destiny.

83.Tala means star. In Philippine mythology, she is the Goddess of the evening and morning star.

Names That Are Popular Right Now In The Philippines

These are some of the most popular Filipino baby girl names at the moment. You’ll notice that Filipinos like to take two pretty girls’ names and make them into a new, lovely and unique name.

87.Blessica A mix of Bless and Jessica this name means "to bring blessing upon".

88.Chesah (Filipino origin) meaning celestial. It is not too common but getting increasingly popular.

89.Iris (Greek origin) The Goddess of Rainbows in Greek mythology and a popular baby name.

92.Lilibeth A Filipino name that mixes Lily and Beth.

99.Rosamie combines Rose with Amie, the French for friend.

100.Rubylyn A sweet-sounding name from the combination of Ruby and Lyn.