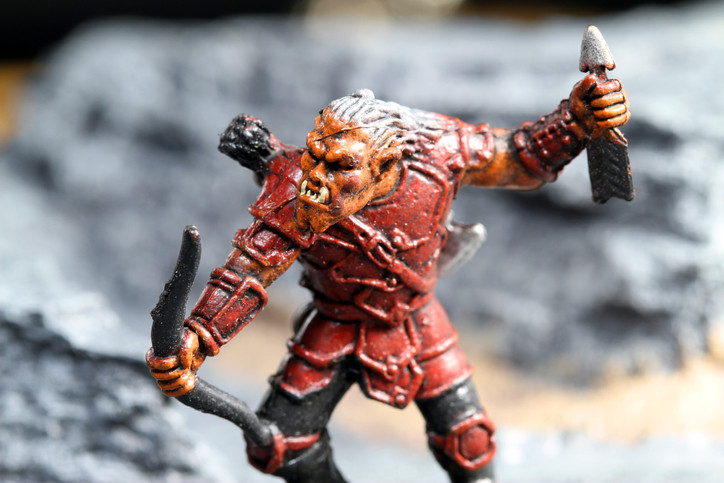 Firbolgs are feys or semi giants that belong to the world of Dungeons and Dragons.

Firbolgs are as long as 10 feet with an average height consisting of 8 feet and more. While Firbolgs do belong to the category of the Giant, they still carry some unique names.

Firbolgs are derived from Irish myth. They belong to the strong family of Druids, Feys, and other Giants. They live harmoniously with nature in the Woods. They look like giants and strong humans with thick beards, however, Firbolgs generally mistrust humans and other non-giant population.

Firbolgs are honest creatures who believe in the virtue of charity. They do not believe in acknowledgment of the charitable act as it would cancel out its benefits. Firbolgs have a strong hatred of dishonesty. They consider greed the worst form of vices; they stay aloof from materialism such as money and gold. These semi-giants are extremely confident and courageous. Firbolgs consider themselves to be the caretakers of the forest. There are myths that firbolgs can vanish at night. It is also said that they can talk to plants and animals.

Read on for Firbolg names, or for more character names, check out Fire Genasi Names and Bugbear Names.

As a fan of Firbolgs, you might be looking for a name to give your Firbolg. Here is a long list of top male Firbolg names:

7. Donovan - (Irish origin), meaning "child of the unlucky one." It is the name of a Firbolg fighter.

8. Donnacha - (Irish origin), meaning "brown hair warrior." It is the name of one of the famous rugby player.

16. Kilian - (Gaelic origin), meaning "with the faith". There are many saints named Kilian, like Saint Kilian from Ireland.

20. Oisin - (Irish origin), meaning "great poet". The name belongs to one of the greatest singers of Firbolg mythology.

22. Tiernan - (Irish origin), meaning "small king". The name belonged to one of the famous Irish kings.

Firbolgs are respectful to their queen and other women in their group. So, they have come up with many beautiful names for the women:

24. Adara - (Arabic origin), meaning "Virgin". The name of the Firbolg queen is Adara.

25. Aoife -(Gaelic origin), meaning "Joyful". She is the mythological daughter of a Firbolg king. Her name also traces back to Irish origin.

26. Aine - (Irish origin), meaning "Brilliantly radiant". The name belongs to one of the fairy queens of Firbolg.

30. Clodagh - (Irish origin), meaning "female Goddess". There is an Irish river connected with the legendary name.

31. Eabha - (Gaelic origin), meaning "the first woman". The name belongs to the first mother of the Firbolgs.

33. Fiadh - (Irish origin), meaning "from the forest". The name suggests the forest Goddess.

36. Izzet- (French origin), meaning "fair woman". It is the Firbolg term for white or clear.

Kidadl has lots of great names articles to inspire you. If you liked our suggestions for Firbolg Names then why not take a look at Tortle Names, or for something different take a look at Blue Dragon Names.