Top 8 Harry Potter Locations To Discover In London For Families London is a melting polyjuice potion of Harry Potter locations direct from the movies. Across the capital you’ll find places that feature in the magical stories which your kids will instantly recognise, and you don't need to board the Knight Bus to reach them. Set off on the Cinematic Harry Potter Experience with Boat Ride around London - perfect for children aged 7+ - and even confirmed muggles will be able to experience some of Harry’s wizardry first hand, thanks to the state-of-the-art projection included on the tour. You’ll explore iconic Harry Potter locations like Diagon Alley, the bridge destroyed by Death Eaters, Platform 9 ¾ and so much more. Throughout the tour your guide will be providing you with trivia, reenactments and movie clips. You'd be surprised how many iconic London buildings feature in the films - here are our top 8 Harry Potter locations to spot while you're out and about in the capital.

The magical train boarded by Harry famously left Kings Cross Station from Platform 9¾. Follow the signs for platforms 9, 10 and 11 and on the concourse you'll find a baggage trolley disappearing into the wall! It's a great spot for photos, preferably in wizard outfits to prove your non-muggle credentials - just arrive early to beat the crowds, especially during the holidays.

If you feel like your magic powers are waning, pop into the Harry Potter shop next door. Styled to look like Ollivander’s wand emporium, it’s packed with potions, horcruxes and robes. And if your little wizards need some sustenance, there are plenty of options for family-friendly food in Kings Cross.

The incredible neo-gothic facade of St Pancras International lends itself to magical, otherworldly stories and it provided the backdrop for Arthur Weasley's Ford Anglia when it took to the skies. As well as being able to fly, the car also contained an invisibility booster and was modified to carry quite comfortably eight people, six trunks, two owls and an all important rat.‍

Hermione, Harry and Ron go on a confusing, high thrills chase across the West End in Harry Potter & The Deathly Hallows. Keep your wits about you as it was in Piccadilly Circus that the three heroes had to jump out of the way to narrowly miss being hit by a Routemaster Bus.

Westminster Underground Station is the nearest stop to the Ministry Of Magic in Harry Potter & The Order Of The Phoenix and is used by Harry and Mr Weasley. Like many first time visitors to London, Mr Weasley struggles to negotiate the ticket barriers...‍

‍Okay, okay, in Harry Potter & The Half-Blood Prince it's known as Brockdale Bridge, but it was this London landmark that dramatically came under attack from the Death Eaters. Today it's one of London's most impressive contemporary sights, but do keep watch of the skies when you cross it.‍

Leadenhall Market is one of the capital's finest covered markets. Located on Gracechurch Street in the heart of the City, it dates from the 14th century but much of the current structure was built during the Victorian era. If it seems like a dead ringer for Diagon Alley, as seen in Harry Potter & The Philosopher's Stone, that's because it is! The entrance to the Leaky Cauldron pub is actually an opticians on Bull's Head Passage. ‍

Gringotts Wizarding is (as far as we’re aware) the only bank in the magical world. In Harry Potter & The Philosopher's Stone the bank scenes were filmed in the impressive interior of Australia House on the Strand in central London. It was opened by King George V in 1918 and it's a major landmark in this part of town.

If these Harry Potter London landmarks have whet your appetite for more magical mayhem, book your place on the Cinematic Harry Potter Experience with Boat Ride here - Kidadl’s tickets are backed by our Price Promise so you won't find them cheaper anywhere else. “The tour went so quickly, my kids loved it,” said Kidadler Sharon. “Even in the heat, there wasn’t one moan from them.” Magic! 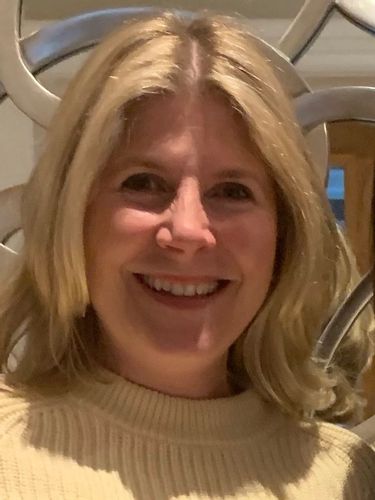