Top 100 Futuristic Names That Will Never Go Out Of Style 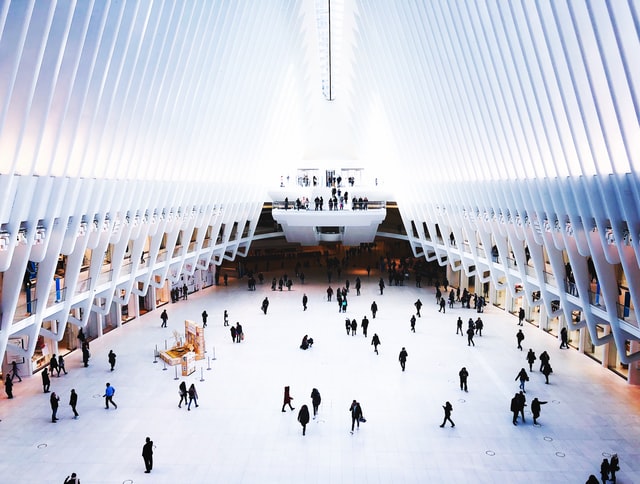 Are you looking for awesome names that will never age?

Wouldn't it be the best thing for a baby, a character or even a business to have a name that will stay trendy forever? But how can one get hold of such futuristic names?

Names like Artemis, Dasha and Zyla are a few super cool names that share the value of the modern world and are inspired by beautiful meanings for girl names and boy names. There are even cool space names that have recently taken up popularity in the name charts. Cielo, Izar, Cybele and Hilda are few futuristic-sounding names that are sure to get everyone's attention right away. So here are a few lists of cool futuristic names best suited for you inspired by different cultures.

Futuristic names for girls might continue to be popular for a longer time because of their uniqueness and contemporarily modern styles.

1. Adaline (French origin) meaning "nobility or noble". This baby girl name is the perfect reference for a futuristic name for characters or baby names. It is also used in a movie named 'Age of Adaline', which focuses on the protagonist's never-ageing feature.

2. Aeryn (Irish origin), meaning "daughter of Eire or daughter of Ireland", is an Irish variation of the name Erin or Irene.

3. Ariana (Italian origin) meaning "holy". One of the more futuristic baby names made famous by Ariana Grande, an American singer.

9. Bianca (Italian origin) means "white". It is a popular name in the American film industry, which never seems to get old as a name for a baby girl or female character.

10. Calixta (Greek origin), meaning "the one who is most beautiful", is a name associated with Roman mythology.

12. Camila (Italian origin), meaning "young attendant", associated with the famous American-Cuban singer Camila Cabello. She was one of the lead singers from the X-factor girl group named the Fifth Harmony.

18. Echo (Greek origin), meaning "reverberating sound", is an edgy and futuristic example of baby names for a girl.

23. Felicity (Irish origin) meaning "good fortune". This one of the popular futuristic baby names that will never age with time.

33. Lilium (Latin origin) meaning "lily, flower". This is one of the cutest sounding futuristic girl names that are perfect for a never-ageing name.

35. Minerva (Latin origin), meaning "intellectual", is also known as the Roman goddess of war and wisdom.

Here are a few futuristic boy names that would be the perfect choice for parents to use for a futuristic baby or for anyone looking to give a trendy and awesome name to their character.

52. Calihan (Irish origin) meaning "the one who loves churches". It is associated with the famous arena in the USA.

54. Cashel (Irish origin), meaning "fortress", is also referred to as a town in the Republic of Ireland.

55. Cassian (Latin origin), meaning "hollow", is one of the baby names also associated with Chinese cinnamon which has a strong flavor.

56. Cedro (Spanish origin) meaning "strong and special gift"; one of the names associated with Citrus or Cedro Lemon.

59. Derry (Irish origin) meaning "like an oak" popularly associated with the town in New Hampshire.

60. Edsel (English origin), meaning "noble", was one of the names taken by Henry Ford II's son.

64. Freddy (German origin) meaning "ruler"; this one took up the popularity in baby names list after the emergence of the iconic Freddy Mercury, the lead singer and songwriter of English rock band 'Queen'.

68. Jonas (Hebrew origin), meaning "God is gracious", has recently picked up the game after the repetitive suggestions in the Netflix series 'Dark'.

69. Kael (Irish origin), meaning "slender", is a name associated with the popular fictional character in the fantasy film 'Willow'. This futuristic baby name has a variation of Cael.

74. Leo (German origin), meaning "lion", is a zodiac sign which is also one of the never-dying baby names. It also makes an awesome name for characters and projects.

75. Lorenzo (Italian origin), meaning "someone from Laurentum", is quite a famous name taken by many Italian sportspersons and American public figures.

78. Nye (Welsh origin) meaning "honor". This is also a county in Nevada.

80. Oceanus (Latin origin) meaning "from the sea" is a male variation of the name Oceana. This is one of the popular business names used in India.

85. Skywalker (American origin) means "one who walks on the sky"; this is a futuristic name inspired by Luke Skywalker from the 'Star Wars' franchise.

88. Xander (Greek origin) meaning "defender of men". This is a variation of Alexander's name.

Futuristic baby names or a futuristic name with non-binary tags have been trending throughout the world in these times of progress and acceptance.

91. Artemis (Greek origin), meaning "safe and protected", is commonly associated with the moon.

92. Arya (Persian, Indian origin), meaning "noble one", has recently exploded in popularity due to a 'Game of Thrones' character.

93. Espen (Scandinavian origin), meaning "God bear", is a dominantly male name but can also be used as girl names like how it is used in the movie 'Blended'.

94. Idris (Welsh, Arabic origin) meaning "fiery leader or prophet", is one of the futuristic baby names used for both boys and girls.

100. Zen (Greek origin) meaning "meditation". This is a popular name amongst people as a form of Buddhism.

Kidadl has lots of great names articles to inspire you. If you liked our suggestions for Futuristic Names then why not take a look at Zabrak Names, or for something different take a look at Tree Names For Girls.