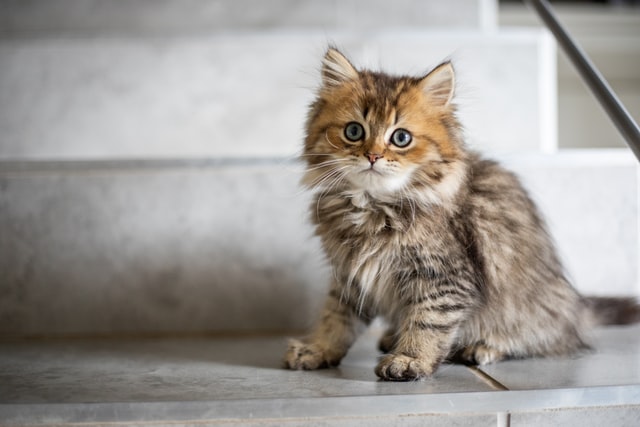 The 'Harry Potter' universe is famously known for not only magic but also magical fantastic beasts.

In our 'muggle' world, cats still happen to be popular pets coming only second to owls. Who could ever forget Hermione's intelligent pet cat, Crookshanks, and the iconic Mrs Norris who stole our hearts, right?

For more cat names inspiration, take a look at Cats Names From TV And Movies and Unisex Cat Names.

Here is a list of female 'Harry potter' cat names suitable for Potterheads.

1. Arabella (Latin origin) meaning “beautiful”; Harry's neighbor who was a dealer of cats.

3. Bulstrode (Anglo-Saxon origin) meaning "a large park"; a character from the books.

7. Helga (Old Norse origin) meaning "holy"; one of the four founders of Hogwarts.

10. McGonagall (Gaelic origin) meaning "son of the most valorous one"; from Hogwarts professor, Minerva McGonagall or Robert McGonagall Junior, her brother.

25. Dumbledore (Celtic origin) meaning "noble"; the name of Albus Dumbledore, one of the most fitting 'Harry Potter' cat names ever.

29. Godric (English origin) meaning "power Of God"; one of the four founders of Hogwarts.

30. Griphook (Fictional origin) meaning "To grip a hook"; a goblin.

34. Percy (French origin) meaning “one who pierces the valley”; a Hogwarts prefect; excellent cat name for a proud cat.

38. Black (English origin) meaning "dark-haired"; the surname of the Black family; the right choice for a cat name.

41. Weasley (English origin) meaning "weasel"; the surname of the Weasley family in the 'Harry Potter' series.

These gender-neutral 'Harry Potter' cat names are suitable for Potterheads and their feline friends.

44. Basilisk (French origin) meaning "a fabulous serpent"; a monster serpent from the Chamber of Secrets.

46. Colloportus (Latin origin) meaning "to lock"; a spell used to lock a door.

56. Kneazle (English origin) meaning "magical feline creature"; one of the best names for your cat.

63. Quidditch (Fictional origin) meaning "game of wizards"; a game played by witches and wizards on brooms.

64. Ravenclaw (English origin) meaning "Raven's claw". One of the co-founders of Hogwarts.

Names Of Cats In Harry Potter

(Cats bring magic into your lives. Their names should reflect their magic too.)

Here is a list of cat names inspired by cat characters in 'Harry Potter'.

These actors' names from 'Harry Potter' are also great options for names for cats.

78. Afshan (Punjabi origin) meaning "disperser"; Afshan Azad is the actress who played Parvati Patil. One of the most beautiful Asian cat names.

89. Hero (Greek origin) meaning "brave one of the people"; the actor who played the teenage version of Tom Riddle.

94. Poésy (French origin) meaning "poetry"; the actress who played the role of the Triwizard contestant from the Beaubatons in the 'Harry Potter Series'.

98. Shefali (Sanskrit origin) meaning "five leaved chaste tree"; the name of the actress who played Parvati Patil who was Harry's date to the Yule Ball in the 'Harry Potter' series.

100. Waylett (Scandinavian origin) meaning "battle"; is the last name of the actor who played the role of Vincent Crabbe.

Kidadl has lots of great names articles to inspire you. If you liked our suggestions for Harry Potter Cat Names then why not take a look at Anime Cat Names, or for something different take a look at Surfer Names.