Top 100 Jamaican Names For Your Baby That You'll Love 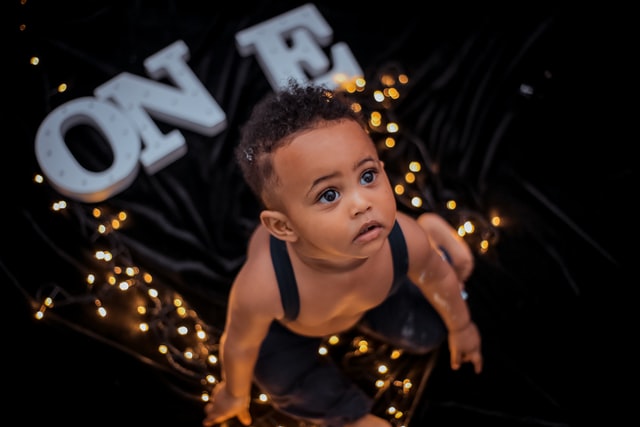 Culturally rich names can be the right choice for baby names, enriched with history.

When you want to choose Jamaican baby names, there are too many choices to spoil and confuse you. Choosing the one right name from so many options might be tiring.

As Jamaican culture has been influenced by European and African traditions, the duality in these prominent cultures is quite visible in everything that originates from or is famous in this land. Famous Jamaican boy names usually follow popular personalities like; Bob Marley, Usain Bolt, Sean Paul which are a few names that pop into our minds. Similarly, Jamaican girl names like Shelly-Ann, Veronica Campbell, Louise Bennette Coverley are a few names that made the Jamaican crowd go 'woo' behind these names and their association for their own babies. Here are the top 100 Jamaican names, thematically arranged along with their meanings to make the selection process easier for you.

Jamaican baby names inspired by famous artists, athletes from Jamaica will surely make everyone call your baby name out loud as they are top in the baby names list.

2. Bob (German, French origin) (M) meaning "bright" is associated with the pioneers of reggae named Bob or Robert Nesta Marley, a Jamaican singer-songwriter, and musician was marked for his fusions of reggae, ska, and rocksteady.

3. Christopher (Greek origin) (M) meaning "christ-bearer", is famously known after the Jamaican cricketer, Christopher (Chris) Henry Gayle, who is considered as one of the greatest batsmen playing internationals with West Indies.

7. Rodney (Anglo-Saxon origin) (M) meaning "island, fen" associated with Rodney Basil Price, popularly known as Bounty Killer, after Bob as a reggae and dancehall deejay who is considered one of the best dancehall lyricists of all-ages.

Jamaican names for girls that come with unique meanings are always a great choice for Jamaican baby names.

11. Abigay - Meaning "father of rejoicing", a Jamaican variation of Abigail.

17. Cedella - Meaning "beautiful princess". As per the information, this is also a Jamaican name of Bob Marley's daughter, Cadelle Marley.

24. Femi (Yoruba origin) meaning "God loves me". This Jamaican name is popular in many public figures from Jamaica.

26. Ini - Meaning "time". It is quite a unique Jamaican name taken by Nigerian actress Ini Edo and a musical artist named Ini Kamoze.

29. Jaqweshia - Meaning "half queen, half part of the queen".

31. Kalisa - Meaning "one who has surrendered to God".

41. Requiem - Meaning "rest". It is a Jamaican name associated with a famous film named 'Requiem of a Dream'.

51. Tiyanna - Meaning "joy, happiness" is the Jamaican version of Tiana.

55. Vegas - Meaning "meadows". It is a name popularly associated with a video game series amongst the younger groups.

59. Yendi (African, Jamaican origin) meaning "beautiful flower". It is the name taken by a model from Jamaica named Yedi Phillips.

Jamaican names for boys that come from different cultures like English, Spanish, Biblical references to the nature of God and more are perfect Jamaican baby names for your baby boy.

63. Abisai - Meaning "my father is a gift". A variation in Jamaica for a biblical reference of Abishai, the eldest son of Zeruiah.

68. Ajani (African, Jamaican origin) meaning "one who wins the struggle".

77. Dajuan - Meaning "God is merciful".  It is a name from Jamaican Patois, taken up by quite known American figures.

79. Dante  - Meaning "steadfast" is a variation of Durante.

80. Eithan  - Meaning "strength and endurance" is a variation of the name Ethan.

81. Eldon (Old English origin) meaning "farm". It is a popular name in Jamaica.

82. Evuan - Meaning "God is gracious" is the Jamaican version of Evan.

86. Llanzo - Meaning "God-like" is also a derivative of the name Lance.

89. Luis - Meaning "war hero". A name taken by many well-known personalities in sports and showbiz.

91. Mao (African origin) meaning "flowering" is short for Maocha. A unique name used in Jamaica by many.

92. Sanka - Meaning "one who does everything soulfully".

95. Vittorio - Meaning "victor". From the popular Jamaican baby names since old times is a common Italian name too.

Unisex names are the new trend in the West as well as the East. Here are a few baby names with a little information about their meanings.

97. Irie - Meaning "one who spreads harmony". This is a lovely gender-neutral Jamaican baby name.

99. Jamaica (American origin) meaning "land of wood and water ". Jamaican name based on the place is quite a unique choice for a Jamaican baby name.

100. Jayden - Meaning "God has heard" is a variation of Jaden. The name variation is used by Will Smith for his son, Jaden Smith.

Kidadl has lots of great baby names articles to inspire you. If you liked our suggestions for Jamaican Names then why not take a look at Louisiana Names, or for something different take a look at Elemental Names.