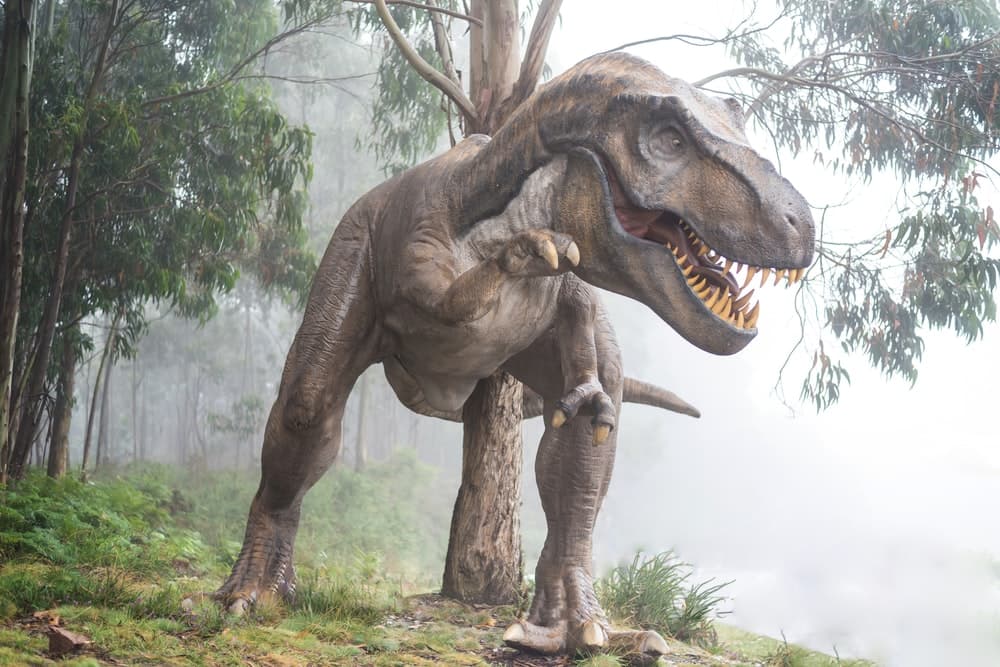 For the generation that grew up watching the 'Jurassic Park' movies, we have an immense love for the series.

The Steven Spielberg trilogy made all of our childhoods better. 'Jurassic Park' is a veritable ecosystem created by humans where dinosaurs had been brought back to life and presented in a zoo.

If you like this article, be sure to check out ['Indiana Jones' quotes] and The Matrix' quotes.

We have to start the list with the most iconic scenes from the movie. This 1993 film was loved by everyone. We just cannot help but smile whenever we hear the words "Welcome to Jurassic Park." Every character in the movie won our hearts and the movie still remains a huge part of our childhoods even though it's almost three decades old. This section includes the most famous 'Jurassic Park' quote as said by Dr. Ian Malcolm, "...your scientists were so preoccupied with whether or not they could, they didn't stop to think if they should."

2. "John Hammond: There is no doubt our attractions will drive kids out of their minds.

Alan Grant: What are those?

3. "John Hammond: But all major theme parks have had delays. When they opened Disneyland in 1956, nothing worked.

Dr. Ian Malcolm: Yeah, but John, if the Pirates of the Caribbean breaks down, the pirates don't eat the tourists."

4. "Don't you see the danger, John, inherent in what you're doing here? Genetic power is the most awesome force the planet's ever seen, but you wield it like a kid that's found his dad's gun."

5. "But again, how do you know they're all female? Does somebody go out into the park and pull up the dinosaurs' skirts?"

8. "Look... We can discuss 'sexism in survival situations' when I get back."

9. "You're well remembered to wash your hands before you eat anything."

John Hammond: So have I."

12. "Quiet, all of you! They're approaching the Tyrannosaur paddock."

14. "Remind me to thank John for the wonderful weekend."

15. "Yeah, but your scientists were so preoccupied with whether or not they could, they didn't stop to think if they should."

If we are talking about 'Jurassic Park', we cannot forget where it all started. The book came out in 1990 and was a favorite among youngsters. This was the book where all our favorite characters like Ian Malcolm, Ellie Sattler and Alan Grant were born. 'Jurassic Park' gave a new definition to the literary genre of science fiction and adventure. The book is filled with scenes that make the hair on your body stand up. The adrenaline rush seems to be never-ending with this brilliant book. Here are a few incredible quotes from the masterpiece by Michael Crichton.

16. "Because the history of evolution is that life escapes all barriers. Life breaks free. Life expands to new territories. Painfully, perhaps even dangerously. But life finds a way."

17. "Maybe there's justice in the world after all."

18. "And I trust by now we all know what the eventual outcome is going to be. You're going to have to shut the thing down."

19. "We live in a world of frightful givens. It is given that you will behave like this, given that you will care about that. No one thinks about the givens. Isn't it amazing? In the information society, nobody thinks. We expected to banish paper, but we actually banished thought."

20. "Living systems are never in equilibrium. They are inherently unstable. They may seem stable, but they're not. Everything is moving and changing. In a sense, everything is on the verge of collapse."

21. "There is absolutely no problem with the island."

22. "The planet has survived everything, in its time. It will certainly survive us."

Here at Kidadl, we have carefully created lots of interesting family-friendly quotes for everyone to enjoy! If you liked our suggestions for 'Jurassic Park' quotes then why not take a look at 'Alien' quotes, or ['Top Gun' quotes]?