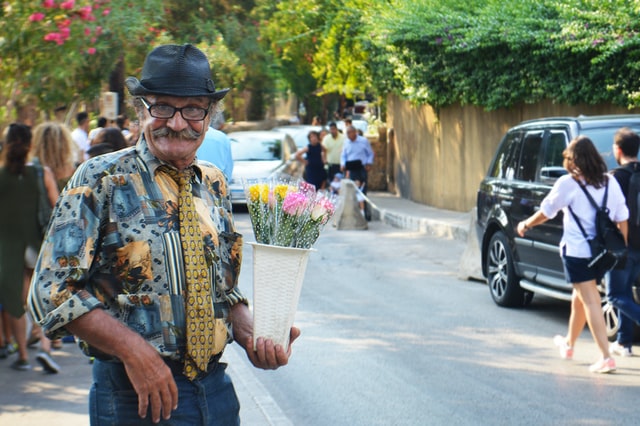 Lebanon is a small sovereign state bordered by Syria, Israel, and the Mediterranean Sea.

Due to its location being the gateway to the European and the Arabic world, Lebanese culture is a wonderful mixture of varied influences. These influences are reflected in the surnames of Lebanese origin.

Although primarily most of the Lebanese family names' origin is Arabic, some of the last names have other sources from where they originate. Many European and American citizens with Lebanon ancestry still have surnames that are Lebanese in origin. Without any further ado, we present this list of the most common and popular Lebanese last names.

If you want to learn more names from different countries, you can look up our articles on Lebanese Names and Arabic Boy Names.

4. Al Moussawi (Arabic origin) is a transnational Arabic surname that is meant to indicate a direct ancestry to the Prophet Mohammed.

5. Al Qazi (Arabic origin) meaning "the judge". For last names, many Lebanese people have this as their surname.

8. El-Hajj (Arabic origin) meaning "one who makes the pilgrimage".

9. El Halaby (Arabic origin) meaning "the one from Aleppo". Apart from being a Lebanese surname, this one of the more common last names in Syria.

11. El Helou (Arabic origin) meaning "the pretty and handsome one".

12. El Khoury (Levantine Arabic origin) meaning " the high priest". This is one of the most common Lebanese last names.

15. El Shami (Arabic origin) meaning "the one from the Levantine region".

Scroll down and take a look at some of the most prevalent Lebanese last names.

18. Ahmed (Arabic origin) meaning "richly praised". Last names like these are widespread amongst the Lebanese people.

23. Ayoub (Arabic/Hebrew origin) meaning "messenger of God'. This is one of the few Arabic last names used by both Arab Christians and Arab Muslims.

26. Darwish (Arabic origin) meaning "a roaming Sufi". For the last names of Lebanese people, this is unique.

32. Hamoud (Arabic origin) meaning "one who is praiseworthy".

34. Hanna (Arabic/Biblical origin) refers to the apostle John. A popular Arab surname for Christians in Lebanon.

38. Ismail (Arabic/Hebrew origin) meaning "to be heard by God". Although used for first names, names like Ismail can also serve as the last name.

40. Kanaan (Arabic origin) meaning "beauty". Lebanese last names like these are widespread in the country.

43. Mansour (Arabic origin) meaning "he who is victorious".

54. Saliba (Arabic origin) meaning "crucifix". In Arab countries like Lebanon, this is a common family last name for Christians.

56. Suleiman (Arabic origin) meaning "man of peace". This is the Arabic derivation of the name Solomon.

58. Yassin (Arabic origin) refers to a chapter in The Quran.

Lebanon has produced many famous and popular Lebanese stars and personalities. Many of these personalities have unique Lebanese origin last names. Take a look at them below.

66. Ayach (Arabic origin) meaning "one who gives life". The 'Pop Star' of the middle east, Lebanese singer Rami Ayach has this family name.

72. Chidiac is one of the unique Lebanese last names, with former Lebanese minister May Chidiac having this surname.

74. Debbas is a surname of Lebanese origin. Ralph Debbas is an automotive executive and entrepreneur from Lebanon.

75. Deeb (Arabic origin) meaning "wolf". Grace Deeb is a Lebanese singer who began her career at a very young age.

76. Doueiri is another one of the unique Lebanese last names; Lebanese cinematographer and film director Ziad Doueiri has this last name.

78. Feghali is one of the more common Arabic last names in the middle-east. Lebanese actor Imad Feghaly has this surname.

82. Hourani (Arabi origin) meaning "from Houran". Dominique Hourani is a Lebanese actress and recording artist with this family last name.

85. Kassar is one of the rarer Arabic surnames. In the case of Lebanese family last names, film producer Mario Kassar has this name.

91. Macdissi (Arabic origin) is a term used to refer to someone from Jerusalem. In Lebanese origin family names, Peter Macdissi is a Lebanese actor who has also worked in Hollywood.

93. Mikati is a unique Lebanese family name that can be associated with the Lebanese voice actor Omar Mikati.

100. Rahbani (Arabic origin) meaning "divine". The Rahbani brothers are a Lebanese musical duo with this name.

Kidadl has lots of great names articles to inspire you. If you liked our suggestions for Lebanese last names then why not take a look at Turkish Boy Names, or for something different take a look at Arabic Girl Names.