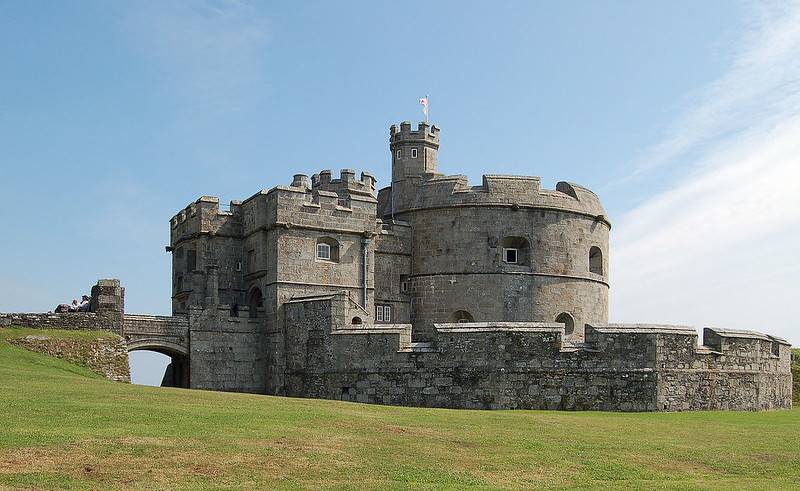 Castle names sound as majestic as the regal architectural structures themselves.

A castle, also known as a fortress or palace, amongst various other terms, comprises four types; Motte and Bailey, the Shell Keep, the Concentric Castle, and the Palace or Royal Quarters. It is often divided into various parts like moats, towers, ramparts, walls, lookout, turret, and gatehouses.

There are about tens of thousands of castles all over the world. Such grand buildings bring about a feeling of awe in us, in both the real or imaginary world.  Here is a list of famous castle names that are equally grand as their name bearers.

If you're looking for names for the dragon protector of your castle, take a look at White Dragon Names and Blue Dragon Names.

Fantasy or fairytales seem incomplete without towering fantasy castles. This special list of fictional fantasy castle names may help you realize the magic of the Gothic world:

1. Amon Sûl, "Hill of the Wind," is a tower built at the southern end of the Weather hills from 'The Lord of the Rings' by J. R. R. Tolkien.

2. Barad-dûr, "Dark tower," is a gigantic fortress of the Dark Lord Sauron from 'The Lord of the Rings'.

3. Camelot, "a place or time resplendent in happiness and optimism," is a palace from the Arthurian legend where King Arthur held his court.

4. Cair Paravel, "low fort," is the capital of Narnia and home of the Kings and Queens from 'The Chronicles of Narnia' by C. S. Lewis.

5. Castamere is a ruined castle from "A Song of Ice and Fire" written by English author, George R. R. Martin.

6. Casterly Rock is a castle from "A Song of Ice and Fire" that is the seat of House Lannister.

10. Castle Ravenloft, "site of evil omen," is a famous palace in the board game 'Dungeons and Dragons'.

11. Dol Guldur, "Hill of Dark Sorcery." The stronghold of the Dark Lord Sauron from 'The Lord of the Rings'.

12. Dragonstone is a palace built upon an eponymous island, the ancestral seat of House Targaryen from 'A Song of Ice and Fire'.

13. Harrenhal, named after King Harren Hoare, who founded it, is one of the largest castles in Westeros from 'A Song of Ice and Fire'.

14. Highgarden is the seat of House Tyrell from 'A Song of Ice and Fire'.

17. Isengard, "iron closure," is a giant fortress built at the south end of the Misty Mountains near the Gap of Rohan from 'The Lord of the Rings'.

18. Kaer Morhen, "Keep off the Elder Sea," is a famous old keep from 'The Witcher', where witchers were trained.

19. Laputa was inspired by the flying island Laputa in Jonathan Swift's book 'Gulliver's Travels'. It is a flying castle from 'Laputa: Castle in the Sky' by Hayao Miyazaki.

20. Riverrun, "running river," is the ancestral castle and seat of House Tully from 'A Song of Ice and Fire'. A wonderful castle name, which could be given to a palace too.

21. Storm's End, "Castle of the Storm Kings," this castle serves as the seat of House Baratheon from 'A Song of Ice and Fire'. A great castle name.

22. Sunspear is a literal name because the first thing visitors see is the Prince of Dorne wielding the golden spear and the bright Rhoynish sun.

24. The Eyrie, "lofty nest," is the main stronghold of House Arryn from 'A Song of Ice and Fire'.

25. The Hightower, "a lofty fort," is a high stone watchtower from 'A Song of Ice and Fire'.

26. The Hornburg, "Town/Fortress of the horn," was a fortress built in the western Calenardhon upon a rock from 'The Lord of the Rings'.

27. The Red Keep, "Fortress of Red Stone," the highest castle from 'A Song of Ice and Fire'.

28. Winterfell, "Winter Hill," a castle serving the House Stark from 'A Song of Ice and Fire'. A popular castle name.

29. White Witch's Castle literally means the Castle of the Snow Witch. Home of the White Witch in 'The Chronicles of Narnia'.

In reality, there are innumerable castles all around the world. In England itself, there are 1500 castle sites, some of which are either in ruins or destroyed without a trace. Here is a comprehensive list of the names of castles in England.

30. Aberdour Castle, "Mouth of a River," a castle name in Scotland.

35. Aldingham Castle, "home of the family or followers of Alda," is located in Furness, Cumbria.

39. Bailes Hill Castle,  "outer wall of a castle," is a palace located in York.

40. Caernarfon Castle,  "fort," a castle name on the Welsh coast.

42. Hampton Court,  "From The Village By The Town," a palace located a few miles from the city of London.

46. Warwick Castle,  "From The Town By The Weir," a castle situated near London.

We associate the medieval era with the time of knights and rulers riding horses into battle, setting out for quests, and having gala feasts in the castles. This is a list of castle names from medieval times.

51. Bojnice Castle is named after the historical town. A castle in Slovakia.

53. Bratislavský hrad "Fort of Bratislava" a castle in Bratislava, Slovakia.

55. Burghausen Castle,  "the fortified dwelling,"; a palace in Germany.

61. Chihaya Castle,  "One Thousand Falcons,"; a Japanese castle in Chihayaakasaka.

64. Echizen Ōno Castle,  "A large field at the beginning of Koshi,"; a Japanese castle in Ōnojō.

66. Eltz Castle, a castle in Germany.

72. Hitoyoshi Castle  "benevolent"; a castle in Hitoyoshi, currently in ruins.

76. Kasteel de Borrekens,  "castle of the count,"; a castle in Belgium.

77. Karlštejn, "insane person,"; a castle in the Czech Republic.

79. Kilkenny Castle, "son of the devotee of Coinneach,"; an Irish castle.

82. Komine Castle, "is calm,"; a Japanese castle in Fukushima.

84. Malbork Castle was named after their patron, the Virgin Mary, a Polish castle.

85. Matsumoto Tenshu, "castle at the base of the pine tree,"; a castle in Japan.

88. Minowa Castle, "Calm and harmony"; a castle in Takasaki, Japan.

92. Reichsburg Cochem, "Noble fort of Cochem,"; a castle in Germany.

100. Yamanaka Castle, "one who lives"; a Japanese castle in Mishima.

Kidadl has lots of great names articles to inspire you. If you liked our suggestions for Top Castle Names then why not take a look at Russian City Names For Your World Building, or for something different take a look at Old German Names.