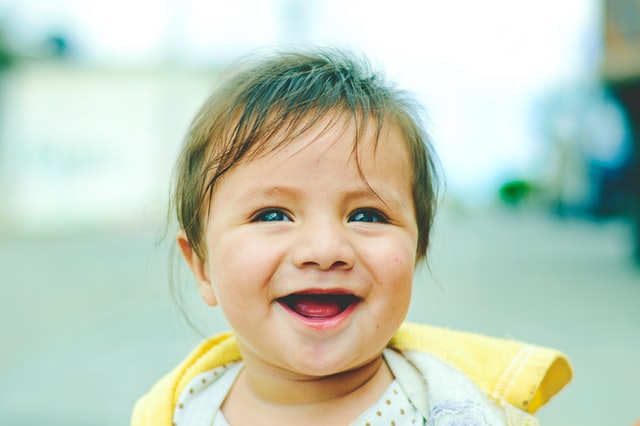 Lithuanian last names came into existence in the 14th century and have mostly Christian origin.

Last names are known to be a crucial part of any family heritage. They form a binding element throughout all the generations making it a very significant and reputable part of family lineage.

Lithuanian family names are distinct and often rare. They are mostly used in the country of Lithuania, which is in the northeastern part of Europe. The surnames of Lithuania come from different origins such as Latin, Greek, Jewish, Hebrew, Slavic, Lithuania, German, and Polish. This makes Lithuanian last names some of the most interesting surnames. In the Lithuanian culture, there is also an interesting tradition of keeping the male and female surnames similar (having the same root) but with different suffixes.  Lithuanian last names for males can have suffixes -as, -ys, -is, -us, -a and -ė added to them. Generally, the suffix -ienė indicates a married woman, and this suffix is attached by dropping the male surname suffixes. An unmarried woman can have suffixes like -aitė, -iūtė, -ytė, and -utė. Here's a helpful list of some of the top Lithuanian based surnames with meanings.

The lively and unique nature of Lithuanian last names is what makes them different from the crowd. And this is the quality that made Lithuanian family names very famous over time. We present to you the list of such popular and common Lithuanian based last names.

1. Adomaitis, derived from Adam, This last name is made famous by Lithuanian basketball coach Dainius Adomaitis.

2. Andris, is derived from the Greek personal name Andreas. Considered to be one of the famous Lithuanian last names.

5. Banis is derived from the Lithuanian based family names Benediktas, meaning "blessed".

6. Bernotas - It is the Lithuanian form of Bernhard meaning "bear". This family name is associated with Lithuanian state prize-winning poet and translator Albinas Bernotas.

7. Danis, is derived from Dionysus. It is one of the unique Lithuania surnames.

8. Dapkus - This last name is made famous by Lithuania basketball player Martynas Dapkus.

14. Janulis (Polish origin) and is a pet form of the name Jan. Karolis Janulis is a Lithuanian artist.

15. Jonaitis - This family name is a Lithuanian form of Johannes.

17. Kairys - This last name is got famous due to Lithuanian pilot, Jurgis Kairys.

20. Lanka is known to be short for Lithuanian Lankauskas. One of the rarely used surnames in the list of Lithuanian last names.

22. Levin (Jewish origin) meaning "lion". It is considered to be a Slavicized form of Levy and is one of the Jewish Lithuanian surnames. Dov Levin is an Israeli-Lithuanian-Soviet historian.

23. Lutkus - It is a Lithuanian form of the name Ludolf.

25. Masaitis - It is derived from the Lithuanian name Masys.

28. Mickus - It is found to be the pet form of the personal name Dimitriju.

30. Romeka (Latin origin) meaning "of Rome". Known to be one of the ancient Lithuanian names.

32. Stungevicius, is derived from the surname Stungis. This last name is associated with Polish-Lithuanian nobleman Kazimieras Stungevicius.

33. Valanciunas, is derived from the place name Valanciunai. This surname got popular due to Lithuanian professional basketball player Jonas Valanciunas.

35. Zemaitus meaning "Samogitian". This family name is associated with Lithuanian guitar maker Tony Zemaitis who made guitars for some very famous musicians like Bob Dylan and George Harrison.

Just as Lithuanian is one of the rare and unique languages, their surnames are some of the oldest and rarest in the world. There were Lithuanian Jews or Litvaks who followed the Lithuanian way of life, and then surnames arose from Lithuanian Jewish people. Here, we present to you the list of such unique Lithuanian last names and meanings.

36. Bagdonas - This is the Lithuanian form of Polish Bogdan meaning "God given". It is derived from one of the common Lithuanian names Bagdon.

38. Balchunas meaning "white". It is derived from the personal name Balcius. This family name is associated with TV actor Eric Balchunas. Considered to be among the common Lithuanian surnames.

40. Bayus meaning "rich". One of the traditional Lithuanian names used as a nickname for a rich man.

41. Bernius meaning "farmhand". This is the german form of one of the popular Lithuanian names Berner.

43. Degutis meaning "tar". It is known to be an occupational search names list for people who sold tar.

45. Gudaitis meaning "Belorussian". It is included in the rare Lithuanian surnames list.

46. Kaunas is derived from the city Kaunas in Lithuania.

47. Keturakis meaning "four eyes" in the Lithuanian language. It is among the rare and unheard Lithuanian last names.

48. Markunas is derived from the personal name Markus.

50. Mazeika meaning "small; short". This family name is considered to be one of the Americanized Lithuanian surnames.

53. Mockus is derived from the personal name Motiejus. This family name is associated with Lithuanian politician Antanas Mockus.

56. Pavlis is derived from the personal name Paulis. One o the rarely used Lithuanian last names.

58. Pikus (German origin) and is considered to be one of the Lithuanian Jewish surnames.

59. Pisula (Polish origin) meaning "to write". This Lithuanian last name is considered to be used as a nickname for a scribe or clerk.

60. Rimkus - This surname is associated with Lithuanian politician Kestutis Rimkus.

62. Shaulis meaning "rifleman". One of the unique last names of Lithuania.

63. Sepetys meaning "comb; brush". This last name is made famous by Lithuanian writer Ruta Sepetys of the 'Between Shades of Gray' the bestseller book.

64. Shimkus is derived from the personal name Simon.

65. Vitkus is derived from the personal name Vytautas. This is one of the rare baltic last names. Dr Kestutis Vitkus is one popular plastic surgeon with this Lithuanian family name and has a well-known clinic in Lithuania.

67. Zilinskiene - It is a feminine form of Zlinskas, which is used as a name for a married or a widow name.

68. Zukas meaning "modern; volatile". It is known to be the short form of Zukaskaus.

In Lithuania, the people are so talented that they make a place for themselves in different niches of industries like sports, politics, acting, fashion and much more and thus gaining popularity and making Lithuania proud. We present to you the list of such famous Lithuanian last names which are now well known in the world.

69. Alekna - This surname is associated with the famous Lithuanian discus thrower Virgilijus.

70. Baleckas - It is a Lithuanian form of Valeska.

72. Degutyte is derived from the feminine form of an unmarried woman Degutis. This Lithuania surname is made famous by Lithuanian poet Janina Degutyte.

73. Donelaitis - Lithuanian poet and author of 'The Seasons', Kristijonas Donelaitis is known by this family name.

74. Girenas - This surname is made popular by Lithuania based pilot Stasys Girenas.

77. Korsunovas - Well known and one of the best modern theatre director of Lithuania Oskaras Korsunovas has this surname.

78. Kubilus is derived from the given name Jakub.

79. Lubin - This surname is made popular by Lithuanian basketball player Frank Lubin.

82. Pempe - Chairman of Architects Association of Lithuania Kestutis Pempe has this last name.

83. Reilly - Lithuanian actor and comedian, John Reilly is known by this last name.

84. Sharkey - This surname is associated with Lithuanian boxer Jack Sharkey.

86. Tratas - Lithuanian actor and model James Tratas is known to have this surname.

Lithuania is a Christian-majority country and is filled with vibrant culture and lively people. These last names are considered to be one of the oldest and traditional in nature. We present to you the list of some of the unique ancient and traditional Lithuanian last names.

90. Abromavicius meaning "son of Abromavic". This surname belongs to Aivaras Abromavičius, who was the Ukrainian Minister of Economy and Trade.

92. Almenas - This family name is associated with Lithuanian writer and physicist Kazys Almenas.

95. Baravykas meaning "king of the mushrooms". Lithuanian architect Gediminas Baravykas has this surname.

97. Banionis - This surname is made well known by Lithuanian actor Donatas Banionis.

98. Galdikas - Lithuanian anthropologist Birute Galdikas is known by this surname.

Kidadl has lots of great names articles to inspire you. If you liked our suggestions for Lithuanian surnames then why not take a look at something different like Ukrainian Last Names or Croatian Last Names.