Top 80 Lord Of The Rings Names 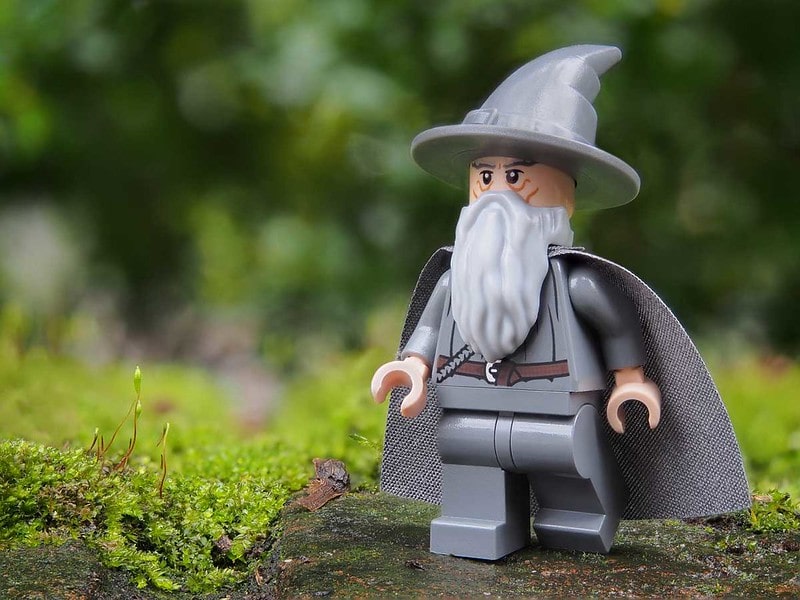 'Lord Of The Rings' was adapted into a trilogy on the big screen by Peter Jackson.

This epic masterpiece charts the third age of Middle-Earth and is filled with battles, romances, and adventures. The novel combines a stellar cast of mystical beings like elves and hobbits mixed with men and wizards to create a magical universe.

The fictional world that was created by J.R.R. Tolkien has every possible living creature from Hobbits, elves, dragons, wizards, dwarfs and more.  This fantasy world not only stunned us but also created a lot of curiosity about the names of characters and places. Here we have collected all possible names of characters and places for all the fans who want to know more about it.

For more film name ideas, take a look at these 101 Dalmatians names or this list of Skyrim Dragon names.

Important Characters In 'The Lord Of The Rings'

1.Aragorn- He was a descendant of Isildur. He was the ranger of the North and the heir to the throne of Gondor.

3.Angelica- (Latin Origin) Meaning "messenger of God". A hobbit from the shire.

4.Arwen- She was a half-elf, Elrond and Celebrían's daughter and wife of Aranor.

5.Bilbo Baggins- He was a Hobbit and found the one ring after Gollum lost it.

7.Bard the Bowman- He belonged to Esgaroth and slew Smaug, the dragon.

8.Beorn- He was a Skin-changer who resides in the expanse of Mirkwood.

10.Boromir- He was a warrior of Gondor and a member of the Fellowship of the Ring.

11.Beren- He was the first man to marry a woman elf.

12.Denethor- He was a steward of Gondor.

13.Daisy- (English Origin) Meaning "day's eye". She is a sister of Hamson and Halfred.

14.Dory-(Greek Origin) Meaning "gift of God". A dwarf's name in the movie.

15.Elrond- The Lord of Rivendell and a great leader of the elves.

16.Elessar- Aragorn was named as 'Elessar' by the elves.

18.Eomer- He was the leader of the Riders of Rohan, known as Rohirrim.

20.Frodo Baggins- He was a Hobbit and nephew of Bilbo Baggins.

21.Faramir- He was the brother of Boromir and the soldier of Gondor.

23.Finrod Felagund- He was a First Age elf.

25.Galadriel- She was co-ruler of Lóthlorien.

26.Gilly- Another Hobbit from the shire.

27.Gandalf- Gandalf is the mighty Wizard who led the Fellowship of the Ring on their journey to Middle Earth.

28.Gimli- He was a dwarf and a part of the celebrated three-member trio in 'The Lord Of The Rings' .

29.Gloin- He was one of the dwarves in Thorin Oakenshield's company.

30.Gollum- He was the ring's owner, later Bilbo Baggins took it from him in 'The Hobbit'.

31.Gríma Wormtongue- He was a supporter of Saruman and misled Théoden.

34.Isildur- At the end of the second age, he took one ring from Sauron.

35.Legolas- An elf and member of the Fellowship of the Ring.

36.Lúthien- She was the daughter of Thingol (Elven King) and Maia, and wife of Beren.

37.Merry Brandybuck: He was a Hobbit and Frodo Baggins's companion.

39.Morgoth- Also known as Melkor and the main antagonist in The Silmarillion.

40.Peregrin Took-A Hobbit, companion of Frodo Baggins, and member of the Fellowship of the Ring.

41.Radagast- A wizard who could talk in multiple bird languages.

42.Samwise Gamgee- A Hobbit, friend of Frodo who accompanied him to the Mordor.

43.Saruman- He was a wizard and erstwhile, ruler of Isengard.

44.Sauron- He is the Lord referred to in the title 'The Lord Of The Rings'.

45.Shelob- The monstrous spider that was mentioned in the story.

46.Smaug- An evil dragon, mentioned in 'The Hobbit'.

49.Thorin Oakenshield- A dwarf and leader of the dwarves who took Erebor from the Smou.

50.Tom Bombadil- A mysterious figure who helped the Hobbits when they left the shire.

51.Treebeard- He was the leader of the Ents.

52.Tuor- He was the ancestor of Númenor and a First Age champion.

53.Túrin Turambar- He was a First Age man.

55.Watcher in the Water- A mysterious creature who lived in a pool and guarded Moria's gates.

Place Names In 'The Lord Of The Rings'

In J.R.R. Tolkien's 'The Lord Of The Rings', he created his own universe. Here is a list of all the locations that are used in the story.

56.Arda- A world created by the high god, Ilüvatar. In the beginning, Arda was flat, but then Ilüvatar changed its shape to a sphere.

57.Aman- This was the home of "Holy Ones", the high elves, and the spirits of the dead.

58.Arnor- Arnor is the North Kingdom of the Dunédain.

59.Beleriand- Located in the northwestern corner of the middle earth. Beleriand was the home to great Elven cities.

60.Cirith Ungol- A high pass through which Gollum leads Frodo and Sam into Mordor's mountainous.

61.Dead Marshes- The Dead Marshes is a vast bog on the northern border of Mordor.

62.Erebor- Erebor or The Lonely Mountain is a kingdom for the dwarves under the mountain.

63.Eriador- This place is the western land of Middle Earth.

64.Fangorn Forest- The remains of the primeval forest that once covered Eriador and much of Beleriand, home to the ancient race of the Ent.

66.Gondor- Gondor is the Southern counterpart to Arnor.

68.Isengard- This fortress is in Rohan built by Númenoreans.

69.Khazad-dûm / Moria- It lies deep in the center of the Misty Mountains.

70.Lórian- Lórian is located just to the East of the Misty Mountains beyond the Gates of Moria.

72.Minas Tirith- The Capital of Gondor.

73.Mirkwood - It is an ancient forest.

75.Mordor- Mordor lies in the southeastern corner of the Middle Earth.

77.Númenor- The island of Númenor is close to Aman.

78.Rivendell / Imladris- A refuge in the western reaches of the Misty Mountains.

79.Rohan- Rohan is a kingdom of men in Middle Earth.

Kidadl has lots of great names articles to inspire you. If you liked these 'Lord Of The Rings' names, why not take a look at these Void Elf names, or for something different, these mythical names.