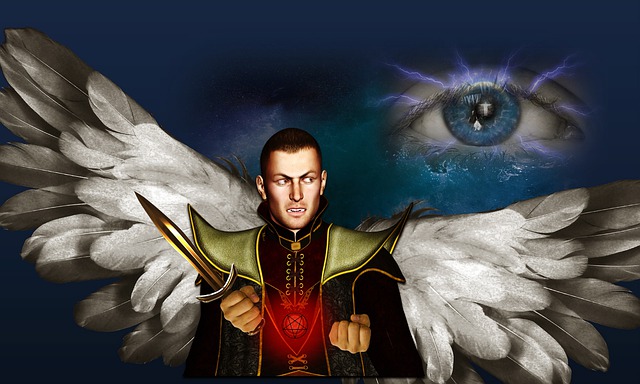 Lucifer Morningstar was a devil from hell.

Lucifer Morningstar abandons his lordship over hell and lands on earth. He runs a nightclub in Los Angeles called LUX.

Lucifer was appointed as an LAPD consultant by the detective when he was involved in a shootout in his nightclub. Lucifer was loosely based on D.C. book character and taken from the comic book series 'The Sandman'. Lucifer's catch phrase is "People don't arrive broken. They start with passion and yearning until something comes along that disabuses them of those notions.” Plus, “people don't have power over us. We give it to them."

If you like to read similar quotes, you could check our latest articles ['Lucifer' quotes] and 'The Vampire Diaries' quotes.

The first three seasons of the show were telecasted on FOX, the next two seasons on Netflix. You may want to read our collection of good Lucifer Morningstar quotes and quotes about desire.

1."No offense, brother, but on the list of things I’d like to wake up to, your face falls somewhere after a horse’s head and Coldplay tickets."

2."I thought our killer was just raving mad, but he’s trying to prove a bloody point. That everyone would make the same choice he did. Saving their livelihood over someone else’s life"

Lucifer: Don't worry, my father's the forgiving sort. Well, except when it comes to me."

5."All those times you ran away, you weren’t running from them: you were running towards me."

6."Lately I’ve been thinking. Do you think I’m the Devil because I’m inherently evil, or just because dear ol’ dad decided I was?"

8."The most evil of people have the most normal names, I’ve experienced. Beware anyone named Keith."

9."Good thing I did, there was immediate danger. He was about to leave this woman completely unsatisfied."

10."You people misunderstand me. You call me “Satan” and “Devil” but…do you know my crime? I loved God too much. And for that he betrayed me — punished me. Just as he’s punished you. After all, how could God stand idly by while that man broke into your home and butchered your family in their beds? There are only two rational answers, Nick — either, he’s sadistic…or he simply doesn’t care."

11."Sometimes we need to lose something before we can understand its value."

12."The best way to be first is to know it’ll happen beforehand."

13."I've never killed anyone before, I've only punished those already dead."

14."I prefer lust over love. It's a little less complicated and a lot more fun."

15."Is everything all right, Detective? You seem distracted. Usually I get at least a glimmer of a smile from my remarks, the occasional eye roll. I think I got a snort once."

Linda Martin: No. No, you're not.Come here. You are Auntie Maze. And you will always...be a member of this family."

Lucifer Morningstar: Mm! Well, that is a shame. 'Cause you and...[me] used to get on very well."

19."Yes, you forget "master of all things tongue-related."

20."You were gone for a really long time, mom. You might not know your children as well as you think you do."

21."Chloe: So you're saying Lucifer...reflects people's desires back to them.

Amenadiel: Well, who wouldn't want to be with their greatest desire?"

Everyone believes laughter is the best medicine. Find some quotes uttered by the main characters from 'Lucifer' series.

23."People sometimes kill the people with whom they’re in love. The heart’s mysterious."

24."You may be right. But, at least for now I have you and Lucifer. My brave boys. So, if I'm here on earth two more years or two hours, I will take every moment I can get."

25."What I hate more than anything is a liar, a charlatan, someone who doesn’t believe in what they say."

27."Sometimes we get along best with the people we’re most different from."

28."It’s really not a good day for… your…Luciferness."

Chloe: Wait. Don't say a word. 'knew it was a mistake the minute it came out of my mouth."

30."A priest walks into a bar? I've heard this one before, never seen it, though."

32."Chloe: Remember the Palmetto case I was telling you about?

Lucifer: The case that's been consuming you, causing people to despise you, call you names--I even quarreled on occasion because of it? No, doesn't ring a bell."

33."Chloe: I can't believe that I would let myself care for him again. I mean, why? So I get hurt?

Lucifer: Um, no, because you're a kind person who puts the needs of others before your own. It's a horrible irony that my father invented."

34."My name is Beatrice but everybody calls me Trixie.

'Everything's Coming Up Lucifer' show is about the escape of Lucifer's mother from hell. In this section, find some more Lucifer Morningstar quotes from season Two.

36. "I find that people make Los Angeles their home for one of two reasons: They're running from something, or looking for something."

37."People don’t arrive broken. They start with passion and yearning till something comes along that disabuses them of those notions."

Here at Kidadl, we have carefully created lots of interesting family-friendly quotes for everyone to enjoy! If you liked our suggestions for top 30 Lucifer Morningstar quotes from the TV show 'Lucifer' then why not take a look at 'The Walking Dead' quotes, or 'Twin Peaks' quotes.

It's Easy Being Green! 21 Simple Switches To Be More Eco-Friendly
Sarah Hallam
No items found.