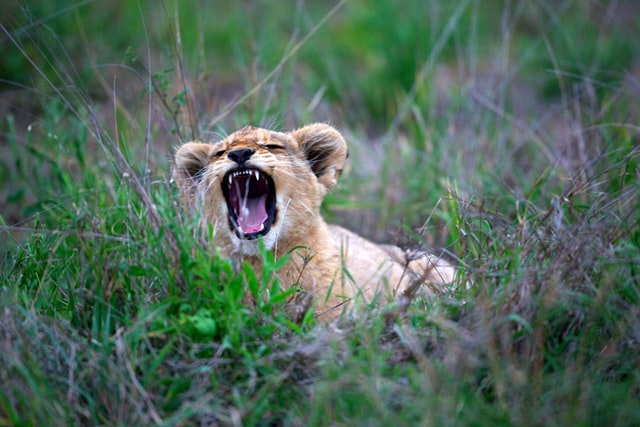 Names meaning lion are the synonym for bravery, courage, and boldness.

Names meaning lioness or lion can often show how courageous your baby is. It does not depict the viciousness of the animal, but instead reveals the royal and brave characteristics of the King of the Jungle.

In mythology, the feminine form of the lion is depicted as a goddess. This may inspire parents to adorn their baby dolls with these fierce names.

Choosing unique names is a growing trend as parents want their children to stand out. We have listed some boy names that mean lion that are not as popular as others on this list.

13.Ander (Greek origin) meaning 'lion-man'. It is one of the best names for a lion that you could use to name your child.

16.Griff (Welsh origin) meaning 'mythological creature which is a combination of eagle and lion'.

21.Lennel (English and German origin) meaning 'brave as a lion'.

22.Lenny (German origin) a baby name meaning  'somebody who is lion bold'.

Unisex names have gained popularity over time and many parents today love to choose gender-neutral baby names. All of the names below mean lion, making them powerful choices for boy or girl names.

33.Emery (English origin) meaning 'brave and powerful as a lion'.

34.Kithlish (Biblical origin) meaning 'the company of a lioness'.

Naming boys with names synonymous to lions is a popular choice among parents. Some of the in-demand baby names for lions are summarized below.

41.Aslan (Turkish origin) meaning 'lion'. The name gained popularity among the masses after the success of the series 'Chronicles of Narnia'.

42.Abbas (Arabic origin) meaning 'lion'. Abbas was the uncle of the last prophet of Islam.

45.Daniel (Irish, Hebrew, and Welsh origin) meaning 'God is my judge'.  Daniel survived the attack from a lion and came out safely from the den, as described in the Old Testament.

There are many quirky options when naming a girl using lion names.

55.Arija (Hebrew origin) meaning 'lioness of God'. It is one of the famous lions names mentioned in the holy scriptures of Judaism.

56.Berengaria (Latin origin) meaning 'bear spear'. She was the wife of a lion-hearted King Richard I of England.

57.Cakusola (African origin) meaning 'one who possesses the heart of a lion'.

64.Leocadia (Spanish origin) meaning 'having the strength of a lion'.

70.Zira (African origin) meaning 'moonlight'. The name has been used by characters of the movie 'The Lion King'.

Kidadl has lots of great names articles to inspire you. If you liked our suggestions for lion names why not take a look at these names that mean sun or for something else, check out these earthy boy names.