Top 100 Perception Quotes To Change How You See The World 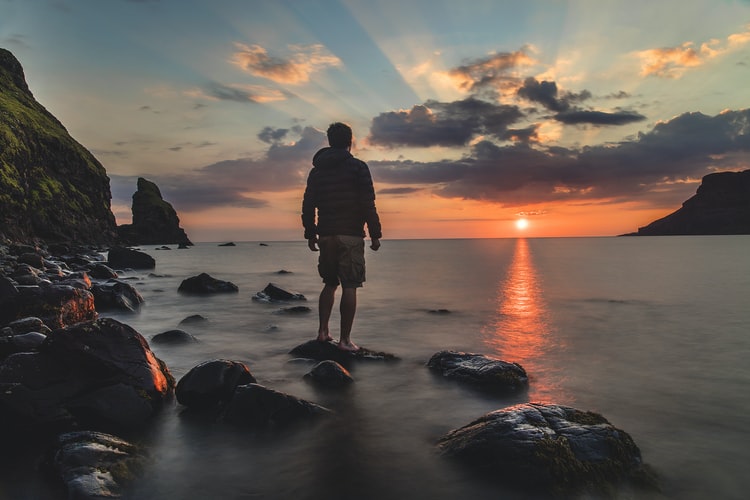 Perception is a way of looking at, dealing with, and living life.

There are many great sayings on perception, including the famous saying about how perceiving and believing something to be a certain way, then makes it your reality. Many do believe that your thoughts and your perceptions create your reality and your truth.

Here, we have collected some famous perception quotes that might open new doors for you. These quotes reveal the difference between perception and what really happened.

4. "There is nothing either good or bad, but thinking makes it so."

5. "Your perception may not be my reality."

6. "A work of art doesn’t exist outside the perception of the audience."

7. "All our knowledge has its origins in our perceptions."

8. "What we observe is not nature itself, but nature exposed to our method of questioning."

9. "Perceptions about people can be powerful. They can also be powerfully wrong."

10. "Perception is created and twisted so quickly."

11. "Intuition comes very close to clairvoyance; it appears to be the extrasensory perception of reality."

13. "Trust in yourself. Your perceptions are often far more accurate than you are willing to believe."

16. "The only thing that makes life unfair is the delusion that it should be fair."

18. "Everything that irritates us about others can lead us to an understanding of ourselves."

19. "Speak up, stand up, and keep correcting the false perceptions. Stay true to your heart's views and keep chanting for peace and justice."

Here are some perception quotes that ask you to positively perceive different situations so that your reality of life can shift and your view of the universe can become more positive.

22. "Be thankful for what you have; you’ll end up having more. If you concentrate on what you don’t have, you will never, ever have enough."

23. "What people in the world think of you is really none of your business."

24. "If the doors of perception were cleansed, everything would appear as it is – infinite."

25. "Your perception of the world is not necessarily the same as what is actually occurring."

26. "There is a major ingredient missing from our perception of how changes are brought about; that ingredient is power."

27. "There are always two people in every picture: the photographer and the viewer."

28. "To change ourselves effectively, we first had to change our perceptions."

29. "Just remember that sometimes the way you think about a person isn’t the way they actually are."

30. "Better keep yourself clean and bright; you are the window through which you must see the world."

32. "Miracles are a shift in perception."

34. "What I had to learn was, that I’m responsible for my perception of things."

Here, you might find quotes about reality and perception, wrong perception quotes, and more that can guide you to why you should change the perceptions that you have of your surroundings or different situations. Enjoy these "what do you perceive?" quotes, literary quotes on perception, and Epictetus quotes! Perception quotes will truly inspire you

35. "The world is full of magic things, patiently waiting for our senses to grow sharper."

36. "Closed in a room, my imagination becomes the universe, and the rest of the world is missing out."

37. "If you look at your life one way, there is always cause for alarm."

38. "We have to reshape our own perception of how we view ourselves."

39. "Facts matter not at all. Perception is everything. It's certainty."

40. "I think the perception of peace is what distracts most people from really having it."

41. "Reality is always kinder than the stories we tell about it."

42. "Life is all about perception. Positive versus negative. Whichever you choose will affect and more than likely reflect your outcomes."

43. "The dung beetle, seeing its child on the wall, thinks it sees a pearl on a thread."

44. "One’s perception of themselves has a much bigger role than has been acknowledged to determine who succeeds and who does not."

45. "All our knowledge is the offspring of our perceptions."

46. "Our vulgar perception is not concerned with other than vulgar phenomena."

48. "Your perception creates your reality. You can look at life and see scarcity or abundance. It depends on your mindset."

49. "Silently hear everyone. Accept what is good. Reject and forget what is not. This is intelligent living."

50. "Perception is reality. If you are perceived to be something, you might as well be it because that's the truth in people's minds."

51. "Death is not extinguishing the light; it is only putting out the lamp because the dawn has come."

52. "Men are disturbed not by things, but by the view which they take of them."

53. "Reject your sense of injury and the injury itself disappears."

54. "That is certainly one way to look at the matter. There are others."

[Everything in life can be seen either positively or negatively.]

56. "What you see and what you hear depends a great deal on where you are standing. It also depends on what sort of person you are."

57. "The most perfidious way of harming a cause consists of defending it deliberately with faulty arguments."

58. "The clearsighted do not rule the world, but they sustain and console it."

59. "Only in quiet waters do things mirror themselves undistorted. Only in a quiet mind is adequate perception of the world."

60. "I view it as perception is reality. That means that depends on who's perceiving your reality. We'll leave it at that."

61. "The auditory perception is not sufficient for our knowledge of the world; it does not have vastness."

62. "People may not tell you how they feel about you, but they always show you. Pay attention."

63. "We must not allow other people’s perceptions to define us."

64. "The difference between average people and achieving people is their perception of and response to failure."

65. "Your agreement with reality defines your life."

66. "When we become fixed in our perceptions, we lose our ability to fly."

67. "Perception is merely reality filtered through the prism of your soul."

68. "The last thing a fish would ever notice would be water."

70. "Everything we see is a perspective, not the truth."

71. "Preconceived notions are the locks on the door to wisdom."

73. "If you have an over-preoccupation with perception and trying to please people’s expectations, then you can go mad."

74. "Though we see the same world, we see it through different eyes."

75. "The universe is change; our life is what our thoughts make it."

Here, you will find perception quotes on love.

77. "Most misunderstandings in the world could be avoided if people would simply take the time to ask, 'What else could this mean?'"

79. "Where perception is, there also are pain and pleasure, and where these are, there, of necessity, is desire."

80. "One new perception, one fresh thought, one act of surrender, one change of heart, one leap of faith, can change your life forever."

In this section, you will find some of the best perception quotes.

83. "Blessed are they who see beautiful things in humble places where other people see nothing."

84. "With time and experience comes a different perception of what's going on around you."

85. "If I make a fool of myself, who cares? I’m not frightened by anyone’s perception of me."

86. "What is behind your eyes holds more power than what is in front of them."

88. "Opting for one perception eliminates all others."

89. "The voyage of discovery is not in seeking new landscapes but in having new eyes."

90. "Many of the truths we cling to depend greatly on our point of view."

91. "Perception is real even when it is not reality."

93. "Heightened perception is the goal: becoming more aware of how you see, not just what you see."

94. "There is an art of seeing things as they are: without naming, without being caught in a network of words, without thinking interfering with perception."

97. "We think perception is going to become a commodity over the years."

100. "Beyond our most stubborn misperception lies often our fondest dream."

Here at Kidadl, we have carefully created lots of interesting family-friendly quotes for everyone to enjoy! If you liked our suggestions for quotes about perceptions, then why not take a look at these [serenity quotes] or tranquility quotes too?