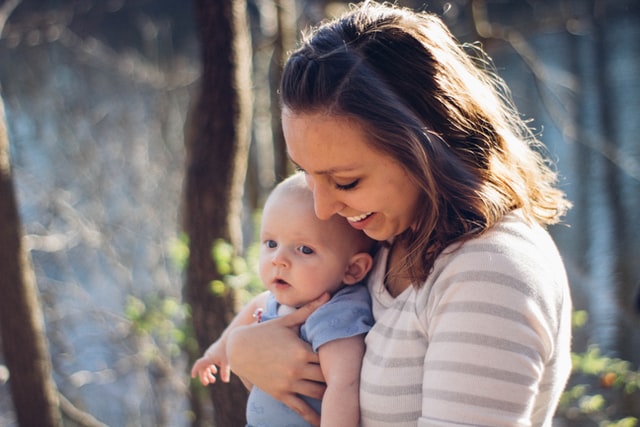 Persian surnames and meanings have deeper and significant histories attached to them.

A surname is an important part of an individual's identity. Surnames help distinguish an individual from another.

Since the adoption of surnames, Ahmadi has become one of the most popular Iranian names. Persian surnames have a touch of royalty in them. Moreover, Persian names have stories linked to them. These Farsi names are more common in Muslim countries like Iraq, Iran, and Oman. Mohammadi is one of the most common Persian last names, followed by Hosseini. Iranians might not necessarily have a middle name. They might instead have two first names followed by their surname. Sallow and Fernsby are considered to be the rarest Persian names.

If you want to read about more names, you can try reading our articles on Iranian Boy Names and Iranian Girl Names.

Here is a list of some ancient Persian surnames that are popular even today. These titles have deep meanings too.

1. Agha is a respectable title for a known military officer.

2. Ahmad meaning "the most praised people". It is a common title given to a popular person.

3. Amani meaning "wish". It is a very popular surname of Persian origin.

5. Azad meaning "a free man". Afshan Azad is the name of the popular actress from the Harry Potter series.

7. Bayat meaning "a strong man" or "a warrior". It is a common title given to a popular person.

9. Gul meaning "rose" or "pink". Abdullah Gul was one of the Presidents of Turkey.

10. Hasan meaning "handsome" or "good looking". It is one of the common ancient Persian names, also used as a Persian given name.

11. Imani meaning "faith". Imani is the name of a famous rapper.

12. Khan was a respectable title used for a soldier or a well known military man.

14. Mahdi meaning "the one who is rightly guided by God". A common title.

15. Masoumi meaning "innocence". It is a very popular surname in Persian countries.

17. Mirza meaning "child of a prince or princess". It is a popular name in Arabic countries.

18. Reza meaning "the fact of being pleased or contented; contentment, approval".

19. Salmani meaning "good day". Salmani is a common surname and a given name, both, in Arabic countries.

20. Shiri meaning "sweet". It is one of the rare Persian surnames.

21. Shokri meaning "to be grateful". Shokri is used as a given name and a surname both.

Here is a list of some common Iranian titles that are also sometimes used as given names.

24. Ahmadi meaning "loved by God". It is a common title given to a popular person.

26. Ali meaning "elevated" or "champion". It is also one of the more common given names.

28. Anvari meaning "radiance". Abbas Anvari was a physicist with many groundbreaking theories.

29. Araki meaning "the one who beautifies". Mohammad Ali Araki was a well know Iranian scholar.

30. Beg meaning "son of". The surname is derived from the Turkic word Beg which is also called Bey. It means the chief or head of something.

31. Bukhari meaning "from Bukhara". Imam Bukhari was a Persian Islamic scholar from Bukhara. Bukhara is a city in Uzbekistan. Hence, it is a locational title with rich geographic significance.

32. Ebrahimi meaning "father of the best". Amir Farshad Ebrahimi was the name of an Iranian activist.

33. Gharabaghi meaning "from Karabakh". It is a very popular surname in Persian countries. Karabakh is a city in the Arabic country of Armenia.

34. Ghasemi meaning "distributor of wisdom". Amir Ali Ghassemi was an Iranian artist known across the globe.

36. Haji meaning "one who has been to Haj or Mecca". Mecca is considered the holiest place in Saudi Arabia.

39. Heydari meaning "lion". It represents the strength and braveness of a lion.

40. Hosseini meaning "descent from or association with Husain". Khaled Hosseini was a novelist who was known best for popular novels like 'The Kite Runner'.

43. Kazemi meaning "one who controls emotions". This surname with Persian origin is a more rare surname.

44. Madani meaning "citizen". It is a common title given to a popular citizen of an Arabic country.

Here are some common Persian surnames.

45. Alizadeh meaning "born of Ali". Ali was a relative of Prophet Mohammed.

46. Amini meaning "descended from or associated with Amīn". Ali Amini was a well known Prime Minister of Iran.

47. Azizi meaning "someone who is highly esteemed". Mirwais Azizi is a popular businessman in Dubai.

49. Najafi meaning "originating from Najaf". Najaf is a huge and popular city in Iraq.

51. Rahmani meaning "descent from or association with someone called Rạhman".

52. Rostami meaning "someone associated with Rostam". Kianoush Rostami is an Olympic winning weightlifter.

54. Salehi meaning "descendant of or associated with Saleh". Ali Akbar Salehi was a politician from Iran.

55. Shah meaning "a ruler or king". One of the most common Persian surnames.

56. Sharifi meaning "honorable". The name is often also called Al-Sharifi and is famous in the city of Najaf.

57. Soltani meaning "pertaining to or descended from a sultan or someone called Sultan". Sultan is a common Persian surname and is generally known to mean "a king". It was a common title given to a lot of Persian rulers as well.

58. Souleimani meaning "a man of peace".

59. Taheri meaning "descended from or associated with Tahir". Tahir is another name for the city of Tehran in Iran.

60. Tehrani meaning "from the city of Tehran". It is also a common Persian name. Tehran is the capital of the Arabic country of Iran.

61. Yazdani meaning "from the city of Yazd". Bobby Yazdani is a famous Iranian American entrepreneur and investor. Yazd is a huge city in Iran with a huge Arabic population

Here are some rare Persian surnames.

66. Arab meaning "associated with Arabic countries". It is a common title given to a person belonging to a famous Arabic country.

68. Bahrami meaning "to do with the planet Mars". Mansour Bahrami is a famous retired tennis player with Iranian and French origins.

70. Farahmand meaning "a journey". Reza Farahmand is the name of a famous Iranian director.

71. Fathi meaning "victory". Victory is a common meaning for a lot of Persian surnames.

72. Habibi meaning "love". It is also a common term of endearment.

73. Hasani meaning "handsome". It is also a common Persian name.

74. Jamshidi meaning "from the tribe of Jamshidi". Jamshidi is a popular tribe from the Arabic country, Afghanistan.

75. Khalili meaning "originating from Al-Khalil which is also known as Hebron". Nasser Khalili is a London based philanthropist.

76. Khorrami meaning "associated with Khorram". Khorram was a world-famous leader from Azerbaijan, an Arabic country in Asia.

77. Kiani meaning "an ancient king". It is a very popular surname in Persian countries. Iman Kiani is a popular Iranian footballer.

81. Mohammadi meaning "someone who is commended often".

82. Mousavi meaning "descendant of Moses". Moses was the most important Jewish Prophet.

83. Nasri meaning "victory". It is a very popular surname in Persian countries.

85. Nouri meaning "someone with lights".

88. Rahimi meaning "someone associated with Rahim". It is a very popular surname in Persian countries.

93. Sattari meaning "star". This is one of the rare Persian names.

96. Turan meaning "associated with Tur". It is a very popular surname in Persian countries.

99. Zaman meaning "associated with Zaman". Zaman was one of the popular kings of Afghanistan.

100. Zargari meaning "goldsmith". It is a very popular surname in Persian countries.

Kidadl has lots of great names articles to inspire you. If you liked our suggestions for Persian surnames then why not take a look at something different like Pakistani Names or Arabic Last Names.