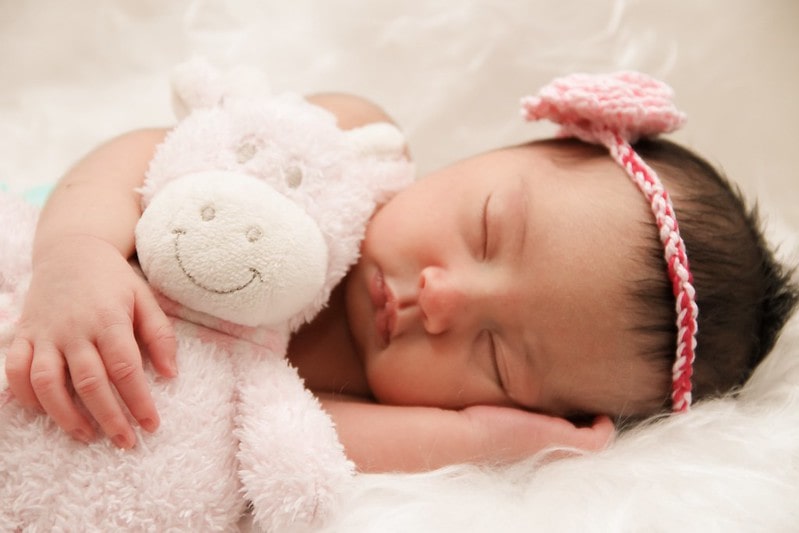 Some of the most beautiful, elegant girl names date back years and still have all the charm and wit of our modern society. Inspired by traditional novels, all over the globe, history, British culture and more, this list of 100 classic girls names will provide you with some serious posh girls names inspiration!

From the poshest names to more contemporary pretty girl names, you're bound to find baby girl names that'll suit your little princess. Or if you're looking for more trendy baby names for girls, we've compiled the ultimate list of 3 letter best girl names that are short and sweet, as well as 91 best old english girls' names too. Happy naming!

You simply can't go wrong with any one of these classic posh baby names! Dating back years and guaranteed to leave a lasting impression, these traditional girl names are definitely ones to consider for your little one.

1.Alexa - A feminine version of ‘Alex’, this name is derived from the Greek, Alexandros, meaning ‘to defend’ is bound to make your little warrior stand out from the crowd.

2.Annabelle - A combination of the Latin ‘Anna’, which derives from the Hebrew word for grace, and the French word ‘belle’, meaning beauty.

3.Aurelia - A female form of the Latin name Aurelius, meaning ‘golden’ and is a perfect name for the ray of sunshine in your life.

4.Beatrice/Beatrix - A name that is thought to have connotations with ‘‘voyager’ or ‘traveller’. A great, elegant name for your little jet setter.

5.Cassandra - Meaning ‘to shine upon man’. This name also has super cute nicknames that are a twist on the original but still as classy as ever.

9.Delilah - A name with Hebrew origin meaning ‘delicate’, a stunning name for a little girl.

10.Eleanor - Derived from the French name Alienor, meaning "other Aenor," used to distinguish the original Eleanor, who was named after her mother Aenor. A super feminine name choice.

11.Evangeline - Meaning ‘good news’ in Greek, this name meaning suggests your little girl will be ‘good news’ for everyone - how precious!

12.Florence -  A name derived from the French version of (Saint) Florentia, this gorgeous name means "flourishing’ and ‘prosperous’, exactly what your little princess will be.

13.Francesca - An extremely popular name for girls, with an Italian origin meaning "from France or free man".

14.Frederica - A name derived from the Germanic word elements frid, or peace and ric, which mean ‘ruler’ or ‘power’.

15.Genevieve - A name of Germanic or Celtic origin, derived from the medieval name Genovefa, it means Woman of the Family.

16.Giovanna - The feminine form of the Italian ‘Giovanni’, the Italian cognate of John meaning ‘God is gracious’.

17.Henrietta - A girl’s name with a French origin meaning ‘estate ruler’. It also has super cute nicknames including ‘Henri’ and ‘Henny’.

18.Isabella - A name of Italian origin meaning ‘God Is My Oath’ and is a timeless, classic name for baby girls.

19.Katherina - A classic twist on the popular Katherine, this name has roots in Greek and German speaking countries and means ‘pure’.

20.Liliana - A posh take on the contemporary ‘Lily’ also meaning pure, with connotations of flowers.

21.Meredith - A popular name of Welsh origin, meaning ‘great ruler’, or it is also seen to be derived from the Welsh elements ‘mór’ (sea) and ‘differaf’ (I protect), meaning "sea protector’.

22.Octavia - Dating back to BC, this name is of Latin origin meaning ‘eighth’, which might not be explicitly the case but it is a beautiful name nonetheless.

23.Rosaline/Rosalind - Names associated with ‘beautiful rose’, these simply stunning names are perfect for a baby girl.

24.Seraphina - A name with Hebrew origin, coming from the Hebrew term for angels - ‘seraphim’ - this name suggests a little angel.

Names that are steeped in history, with posh meaning are some of the most sophisticated baby names and are simply timeless.

28.Agnes - Agnes is a Latin variation of the name Hagne meaning ‘pure’ and ‘holy’.

29.Alexandra - A female form of Alexandros, from ‘alexein’ meaning to defend and protect.

31.Berenice - A name steeped in history, meaning ‘she who brings victory’.

32.Charis - A name which references the mythological Three Graces of womanly charm, pronounced with a back-of-the-throat H sound.

35.Cleopatra - A rather royal name steeped in Ancient Egyptian history meaning ‘Glory Of The Father’.

36.Demetria - A Greek name for the mythological goddess of corn and harvest.

37.Doris - Meaning ‘gift of the ocean’ with origins in Greek history.

42.Helene - A name steeped in Greek legend, as the beautiful wife of the king of Sparta, means ‘bright, shining one’.

43.India - A feminine  name derived from the name of the country India

44.Irene -The name of the Greek goddess of peace, as well as the name of several Saints in history.

45.Joan - The name of French heroine Joan of Arc, hugely historical and powerful.

47.Melissa - The name of a daughter of Procles, as well as a nickname of various Greek nymphs.

51.Theodora - A name which derives from the Greek terms θεός, theos, "god" and δῶρον, doron, "gift".

Popular culture can play a huge role in informing the next wave and trend of baby names, plus they are always super cute and creative!

54.Aurora - A perfect name for your little ‘Sleeping Beauty’.

55.Bronte - Made famous by the Bronte sisters, Bronte means Thunder and is of Greek origin.

56.Briony - Meaning to sprout and made famous in Ian McEwan's novel Atonement.

57.Belle - A classic Disney twist on an adorable posh name for little princesses.

60.Coraline - A horror twist on a baby name, inspired by the popular animation ‘Coraline’.

64.Enid - Feeling witchy? How about this name inspired by Jill Murphy’s ‘The Worst Witch’.

67.Gwendolyn - A classic name inspired by Oscar Wilde’s play ‘The Importance of Being Earnest’.

68.Hermione - One for all you non-muggles, inspired by JK Rowling’s ‘Harry Potter’.

71.Juliet - Wherefore art thou Romeo? Inspired by Shakespeare’s very own ‘Romeo and Juliet’.

72.Liesel - Add a little music to your family with this Sound of Music inspired name.

74.Marianne - Again inspired by one of Jane Austen’s greats - ‘Sense and Sensibility’.

76.Matilda - Another one for a budding bookworm inspired by our fave Roald Dahl.

81.Annalise - A name of German origin meaning ‘Grace of God’.

82.Audrey - Derived from the Old English name Aethelthryth, which means ‘noble’ and ‘strength’.

85.Cora - Another name for the Greek goddess Persephone, meaning ‘maiden’.

88.Gabriella - A name of Hebrew origin meaning ‘strong man of God’ or ‘messenger of God’.

90.Harper - One of the most elegant British names, originally meaning ‘harp player’.

92.Isla - Derived from the term "Islay", which is the name of an island in Scotland meaning ‘dynamic’.

94.Madeline - Meaning ‘Woman Of Magdala’, originating in France and England.

98.Stella - A name of Latin and Italian origin, meaning ‘star’.

100.Veronica - A girl's name of Latin origin meaning ‘she who brings victory’.