Top 100 Pretty And Poetic Names For Your Baby 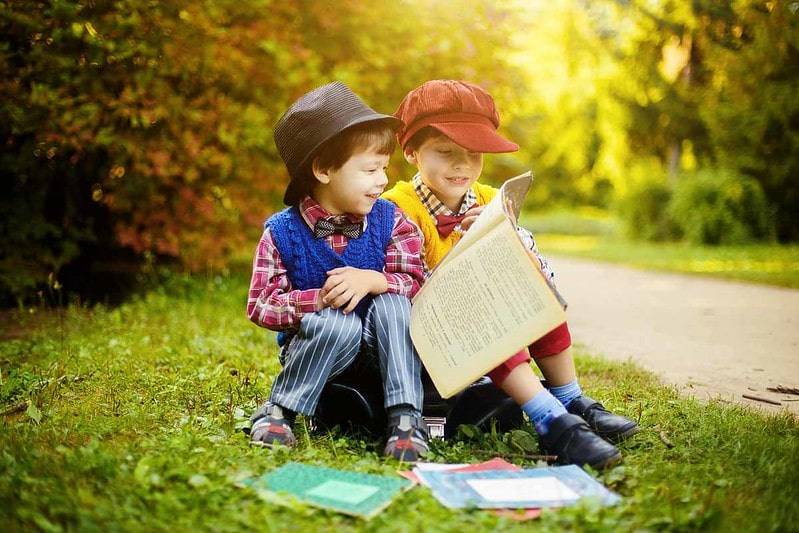 Famous Romantic Poet William Wordsworth once said that "Poetry is a spontaneous overflow of powerful feelings, recollected in tranquillity".

The greatness of poetry is that it is a gateway to other creative art forms. It can give life to your unique thoughts and emotions and is suitable for your poetic baby.

The idea of associating romanticism with poetry dates way back to the 19th century. The style of Romantic poetry writing is associated with themes like nature, physical and emotional passion, mystical and supernatural elements, and reverence of the natural world. Poems give us a life-changing perspective and inspire us to never give up and follow our dreams.

Selecting the perfect baby name can be difficult. Fortunately, if you are looking for pretty baby names for your newborn to showcase your love for poems, we're here to help. Poems first delight us and then give us wisdom. Poetic names are names inspired from poems, poetic elements or poets. Here is a list of baby names which will surely inspire and influence you.

For names with a literary meaning, take a look at Literary Names and Names From Songs.

Poetic Boy Names Based On Poets

Here's a list of baby names for your baby which are names of famous poets.

3. Angelou (Greek origin) meaning "angel". It was the last name of the popular poet, Maya Angelou.

8. Blake (Old English origin)  meaning "someone with dark/pale hair". It is the last name of the famous romantic poet, William Blake.

11. Chaucer (English origin) meaning "making of breeches". 'The Book of the Duchess' is one of the major works of Geoffrey Chaucer.

24. Homer (Greek origin) meaning "a pledge". The famous poet and composer of epic poems, the 'Iliad' and the 'Odyssey'.

28. Langston (English origin) meaning "the town of a tall man". 'Dreams', 'Weary Blues' are some of the works of Langston Huges.

34. Nash (English origin) meaning "one who lived by the ash tree". Associated with poet, Ogden Nash.

Poetic Girl Names Based On Poets

Here's a list of poetic baby names for your baby girl:

47. Emily (Latin origin) meaning "one who is hardworking". Associated with the American poet, Emily Dickinson.

48. Erinna (Irish origin) meaning "Ireland".  It was the name of an ancient Greek poet.

50. Gwendolyn (Welsh origin) meaning "someone who is blessed". Gwendolyn Brooks was a renowned American poet.

Here is a list of names in poems for your little one which are taken from poem titles.

61. Dorie (F) (American origin) meaning "The Sea". Inspired by the poem, 'Dorie off to Atlanta' by  Mark Halliday.

63. Gretel (F) (German origin) meaning "a pearl". The name is taken from the poem 'Gretel' by Andrea Hollander.

66. Mariana  (F) (Spanish origin) meaning "of the sea". Taken from the poem 'Mariana' by Alfred Tennyson.

70. Uriel (F)(Hebrew origin) meaning "God is my light". 'Uriel' is a poem by Ralph Waldo Emerson.

Baby names taken from romantic poems might be the perfect baby name for your newborn.

86. Metro (M) (French origin) referring to transport vehicle. The name can be a clipped form of Metonymy, a poetic device.

88. Moon  (M/F) (Norman origin) referring to Earth's natural satellite. Moon is used as a poetic inspiration for many poems.

89. Muse (F)(Old French origin) referring to the "Gods and Goddesses of poetic inspiration of Greek mythology".

96. Sestina (F)(Latin origin) meaning "the sixth one". Sestina is a French form of writing verse.

98. Syne (F) (Scottish origin) meaning "since then". Derived from Synecdoche, a poetic device.

Kidadl has lots of great baby names articles to inspire you. If you liked our suggestions for Poetic Names then why not take a look at Spring Names, or for something different take a look at Shaman Names.