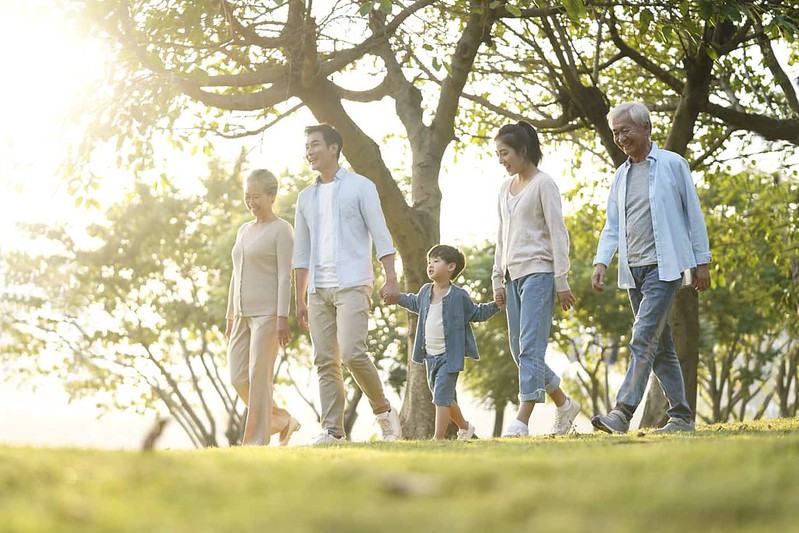 China, unlike many other countries, allows its citizens to choose their own names (first name and aliases) and the freedom to take up the surname of either parent.

It is also quite common to have a compound surname as opposed to restricting people to only one surname. In fact, out of over 4000 surnames, there are really rare and unique surnames that can be counted among the top 100 rare Chinese last names of all time.

Chinese names play a vital role in their cultural richness. They are the first identity marker of a person and the first introduction of someone to the Chinese way of dealing with things. Typically, a Chinese name consists of two to three characters with family names being placed before the given name.  Unlike many other countries globally, a married woman in China isn't obliged to change her maiden name post marriage.

Unlike the naming system of kids in other countries, the Chinese find it inappropriate to name their child after an older relative or even a mythological character. The Chinese also lay great emphasis on using titles for the respective genders and it is considered inappropriate to refer to a married woman as "Miss". Owing to their deep respect for their rich culture, it is considered a great honour to refer to people by their work titles.

The Chinese choose an "English" name for themselves or are bestowed by one by their school teachers. This is primarily done because Chinese names are difficult to pronounce and can sometimes be very long. The other factor is to let a non-native person know the gender in case of communication over the phone.

Out of over 4000 surnames that belong to about 85% of China's population, there are three most popular ones that have been adopted by 20% of the total population - Wang, Li, and Zhang. So, chances are that every third or fourth person that you bump into in China would be a Wang, a Li, or a Zhang. Ever wondered why there are so few Chinese surnames for such a hugely populated nation? The reason may have to do with the ancient system of relaying the surnames down generations which have been used by the majority of people today.  What's also interesting is that Mandarin uses a special technique called "Pinyin" to teach non-native Chinese speakers to help with the correct pronunciation of Chinese surnames.

Read below for rare Chinese surnames. Or take a look at Indian Last Names and Korean Last Names.

According to historical records, Chinese surname followed the maternal lineage and was dictated by the village that people lived in or their family name. About 3000 years back, family names could only be adopted by rulers. Then, with the Xia, Shang, and Zhou dynasties, the concept of having a family name came into being.

11. 头发 Tóufǎ a surname meaning "hair" as per ancient records.

17. 汤 Tāng is a surname quite interestingly meaning "soup".

Chinese last names have not only been inspired by previous generations but also from everyday things, weather, and even commonly used words. Hence, the surnames can be anything, it could mean summer or a village or even the mood that you are experiencing such as gloomy.

Some of the top 100 rare surnames making their way into this list are:

28. 工资 Gōngzī an interesting choice of surname meaning "to pay".

44. 同 Tóng is a surname meaning the same in English  "tong".

63. 酱 Jiàng the last name that stands for a food item "sauce".

66. 豆子 Dòuzi the last name that stands for a food item "beans".

69. 通过 Tōngguò the rarest surname per records meaning "by".

71. 姚明 Yáomíng = Yao the last name having no English equivalent.

74. 阴 Yīn = Yin the last name having no English equivalent.

77. 元 Yuán  Yuan the last name having no English equivalent.

80. 丰富Fēngfù an interesting choice of the last name meaning "rich".

82. 司馬 Sīmǎ means controller of horses and comes under the category of an occupational surname

83. 公孫 Gōngsūn means child of the palace. It is a rare compound surname

85. 赞 Zàn the last name having no English equivalent.

Last names equivalent to numerals are not very rare in the Chinese family names system; it has been a prevalent system from the era of ruling erstwhile dynasties. However, here are some of the rare surnames based which are numeric family names.

87. 一 Yī  "one". Founder of the Shang Dynasty, Tang got descendants to change their surnames to read Yi.

89. 三 Sān "three". Inspired by the ancient residence of Sanshou.

94. 八 Bā "eight". It is inspired by Qiang nationality.

97. 百 Bǎi "hundred". It was adopted during the reign of the yellow emperor, Sun Boyi.

98. 千 Qiān "thousand". It was adopted during the time of the Three Kingdoms.

Kidadl has lots of great names articles to inspire you. If you liked our suggestions for Rare Chinese Surnames then why not take a look at Thai Last Names, or for something different take a look at Czech Last Names.