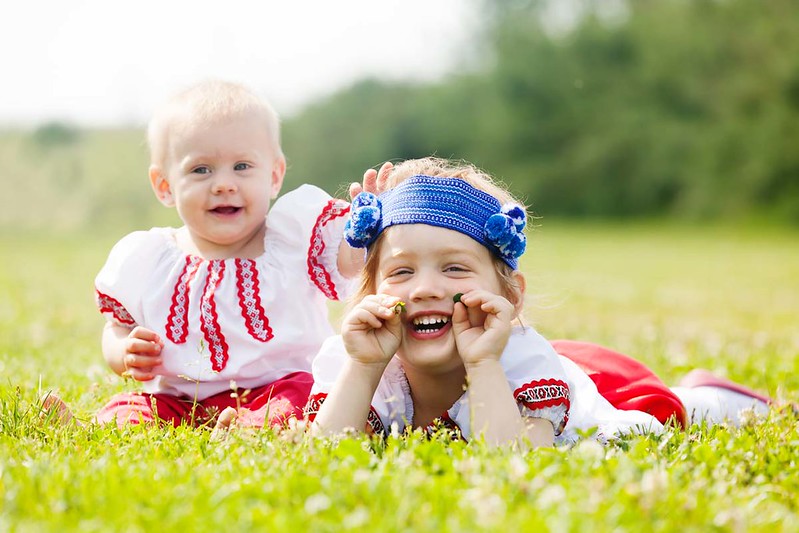 Being a parent means wanting the best for your baby girl, and this includes giving your baby the best name.

Russian baby girl names are classic and different from other traditional names. The beautiful thing about names is the fact that you don't need to be from Russia to give your baby girl a Russian name.

Russian baby names have a special ring to them. They roll off the tongue with ease and are popular in many parts of the world not just in Russia.  A Russian name sounds feminine and is sophisticated for your baby girl.

Some popular Russian names for girls include Anastasia, Katerina, and so on. Some of these Russian names also have similarities to names in other parts of the world. The short version of a Russian name makes a great nickname as well, and guess what, it does not lose its deep meaning. Now, you might be lost on what Russian baby name to give your child. Not to worry, this list has 100 Russian baby girl names to inspire your name choice. There are also non-binary names just in case you have a boy and wouldn't want to change your name choice.

It will be quite a task to compile a list of Russian names, especially when you are not from the country of origin. You might want something more than the average name, something more popular both in your home country and in Russia. Well, you're in luck because this list contains some of the most popular Russian baby girl names for that will blow your mind. The list also gives you the meaning of these names and a little fun fact as well.

2 Anastasia (Greek origin) meaning "resurrection," and can also pass as Anna, a beautiful nickname for your baby girl.

14 Evva (Hebrew origin) meaning "life," and it refers to the first woman created in the Bible.

Important female figures have emerged from Russia and changed the dynamics of things in the country. They have made history and have sealed their names in stone with their great achievements. If you are looking for the best baby names for girls then this list is for you. These girl names in Russian will be perfect for your baby.

26 Alla (Russian origin) meaning "other," and is a Soviet musical icon.

29 Catherine (Greek origin) meaning "pure," and refers to the goddess of magic.

36 Nataliya (Latin origin), meaning "Christmas day," the founder of the only opposition TV channel in Russia.

38 Olga (Russian origin), meaning "Blessed," she is the only woman among the nine deputy prime ministers.

If you have come this far in the article then you know there is something different about Russian names. There are Russian names with a twist to them, making them more unique for your baby. Let's dive into the list of some of the most unique Russian baby names for girls.

42 Akilina (Russian origin) means "eaglelike" or "someone who is very powerful".

47 Bojana (Slavic origin) means "she who is a fighter in battle".

49 Darya (Persian origin) means "one who is good".

52 Feodora (Russian origin) means "she who is a gift from heaven".

57 Nasta (Italian origin) the meaning of the name is not quite known. It is a derivative of the name Anastasia.

65 Vanka (Slavic origin) means "grace". This is a variant of the name Johanna.

Names Of Russian Women From History

Wome have always played a significant part in the history of any nation. Wherever you are in the world, women will always be seen and heard making the biggest difference, and Russia is no exception. The country has produced some of the biggest girl names in its history, and it's time to have a look at who these women from history were and what names they bore.

69 Julia (Latin origin) which means "youthful," the most successful figure skater in Russia.

71 Lydia (Greek origin) meaning "from Lydia," a place in Greece.

75 Sophia (Greek origin), meaning "wisdom," a female pioneer in mathematics and the first woman to acquire a doctorate in mathematics.

76 Valentina (Latin origin), meaning "healthy" and "strong," and she was the first civilian and woman to go to space.

79 Yekaterina (Russian origin) means "pure" or "virginal," a close friend of Catherina the great and important figure in the Russian enlightenment.

80 Yevgenia (Russian origin) means "noble," a navigator in the 6th Tamar guard, and was awarded 'hero of the Soviet Union' in 1945.

The world is changing and more people are looking beyond gender specification. It has led to a demand for non-binary names. More people are identifying as non-binary, and a gender-neutral name will be preferred in the long run. This list contains gender-neutral names and can be used for your baby girl (or boy). Whether these names are used for a baby girl or boy, they still retain their deep meaning and value, so you don't need to worry about the change in meaning. Now, let's get into this list of Russian non-binary names.

87 Motya (Russian origin) this is the Russian variant of the name Mathew.