Top 109 Victorian Names For Your Baby 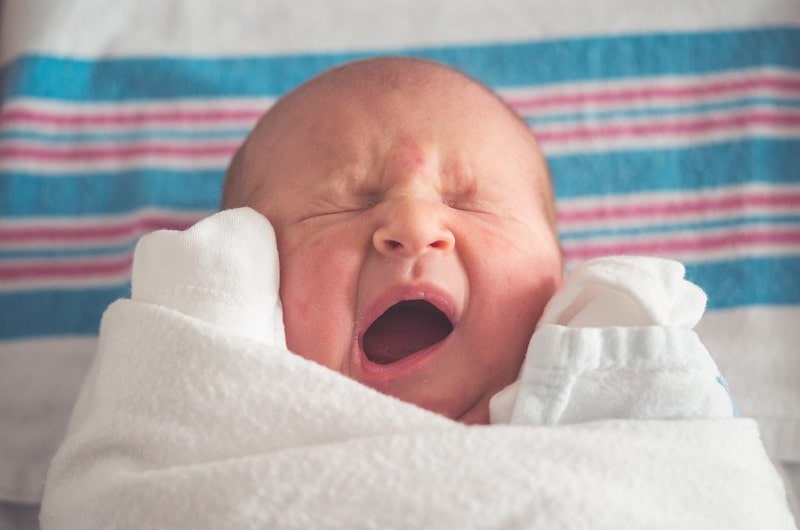 The Victorian era was so named because Queen Victoria ruled from 1837-1901.

Surprisingly Victoria isn't on the lists of most popular Victorian female names. The name Victoria, meaning "conqueror" in Latin, was popular in the 70s, 80s and 90s.

Some Victorian baby names seem like old fashioned names today. Many have made a come back recently including Victorian-era names such as Elsie, Ivy and Arthur. Some classics such as George, Joseph and William have never left the charts. Interestingly it's the male names which have had consistent popularity compared to the female names. The chart topping baby names for girls in the 1800s, such as Mary, Florence and Doris, have all dipped in popularity, some not making it back into the top 100 again.

Choosing a name for your new bundle of joy can feel like a never-ending task. If you're on the hunt for baby names that will stand the test of time, rather than something too edgy or cool, then take a look at our list of 109 perfect baby names from the Victorian era.

If it's traditional, old English names that you seem to favour, check out this list of baby girl names or these baby boy names for more inspiration to add to your shortlist.

These pretty Victorian names were popular in the mid-1800s. Some may seem like old fashioned girl names but perhaps it's time to bring them back.

1.Ada (Germanic Origin), meaning "noble, happy". Daughter of Lord Byron, Ada Lovelace (1815-182), The Countess of Lovelace, is known as one of the first computer programmers.

3.Adelia (Germanic Origin), meaning "noble". Adelia was the name of an opera by Donizetti which premiered in 1841.

6.Alexandra (Greek Origin), meaning "defender of the people". It's considered that every Royal family had a baby named Alexandra.

22.Elizabeth (Hebrew Origin), meaning "God is my oath". The name Elizabeth has remained popular throughout time.

27.Fanny (American Origin), meaning "free". This name hasn't made the lists of popular names since the Victorian era.

38.Marie (French Origin), meaning "of the sea". This Victorian baby name is most known as Marie Curie, the Nobel Prize winning scientist.

39.Maria (Latin Origin), meaning "of the sea". This baby name has remained fairly popular throughout time.

41.Mary (Hebrew Origin), meaning "of the sea".  Possibly the most popular Victorian names for girls.

These Victorian names for boys were all well-favoured names from the 1800s. Old fashioned boy names are generally known as traditional baby names today. Hopefully, you'll find a couple of potentials for your list.

50.Alexander (Greek Origin), meaning "defender of the people". Alexander Graham Bell was born in the Victorian era and is known for inventing the telephone.

53.Charles (English Origin), meaning "free man". Dickens might be the most famous Charles from the Victorian era. He had 10 children!

73.Percy (French Origin), meaning "pierces the valley". For some reason, Percy hasn't been popular since the Victorian era.

These popular names in the 1800s are still topping the charts of baby names. These Victorian baby names are all in the top 100 right now. You'll certainly recognise them all.

84.Alice (English Origin), meaning "from nobility". Probably most known as Alice in Wonderland, written in 1865 by Lewis Carroll. It has been popular again since the 90s.

85.Amelia (Latin Origin), meaning "work". This has been one of the top baby names for a girl in the last decade.

86.Arthur (Welsh Origin), meaning "bear". Arthur has been rising in popularity again over the last decade.

88.Charlotte (French Origin), meaning "free". Charlotte was well used in the late 1800s and reappeared in the 70s.

89.Daniel (Hebrew Origin), meaning "God is my judge". This name has been well liked throughout time.

90.Elsie (Scottish Origin), a form of Elizabeth. Victorian women's names like Elsie have become more popular in the last decade.

91.Emily (English Origin), meaning "to strive or excel". Emily has been popular again since the 90s.

92.Florence (Latin Origin), meaning "prosperous, flowering". Florence is one of those beautiful Victorian names which has made a come back over the last decade.

94.Hannah (Hebrew Origin), meaning "grace". Hannah has been popular since the 90s.

97.Henry (Germanic Origin), meaning "ruler of the home". Henry has seen its popularity rising again since the 90s.

98.Isaac (Hebrew Origin), meaning "he will laugh". Some 19th-century names like Isaac have become popular again since the 90s.

99.Isabella (Italian Origin), meaning "God is my oath". Isabella has been popular again since the 00s.

104.Martha (Hebrew Origin), meaning "lady". This name has been seeing popularity again since the 00s.

106.Samuel (Hebrew Origin), meaning "his name is God". Samuel was on the lists of popular Victorian male names until the 40s and made a come back in the 70s.

107.Sophia (Greek Origin), meaning "wisdom". This name for a baby girl has become popular again in the last decade.

108.Thomas (Greek Origin), meaning "a twin". Thomas has been popular throughout recent history.