Top 30+ Wicked Quotes From The Book And The Musical 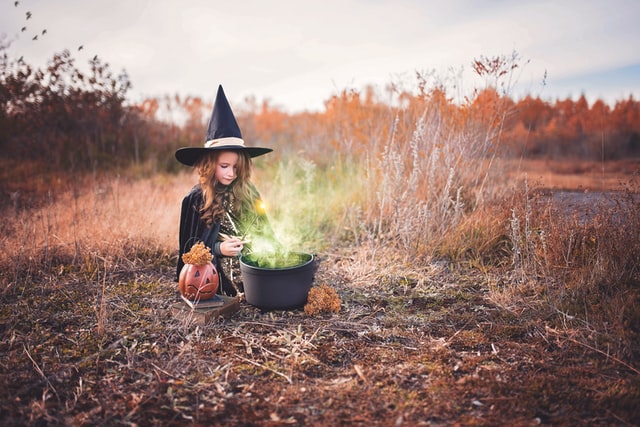 'Wicked', The Musical, and the book are both intriguing and interesting.

'Wicked' is a famous Broadway musical based on a series of bestselling novels called 'The Wicked Years' by Gregory Maguire, published back in 1995. It is basically a story of two witches, Glinda and Elphaba.

'The Wicked Years' has four sequels with the first one being 'Wicked: The Life and Times of the Wicked Witch of the West,' the second was published in 2005 'Son of a Witch,' the third was published in 2008 and was titled as 'A Lion Among Men' and lastly the fourth one being 'Out of Oz' published in 2011. 'Wicked' has taken over the world with a thoughtful and enthralling story that will help you in visualizing the true friendship between Glinda, The Good Witch, and Elphaba.

'Wicked' the musical is a popular Broadway musical which was composed by Stephen Schwartz and written by Winnie Holzman based on the same book. The Broadway production is a bonafide hit with ten Tony Award nominations and four Olivier award nominations. The major difference between the book and the musical is the perspectives of the two, with the musical being from Glinda, The Good Witch's perspective, whereas the novel, is written through several perspectives.

If you are looking for more quotes, check out ['Grease' quotes] and ['Footloose' quotes].

Wicked Witch Of The West Quotes

1. "Remember this: Nothing is written in the stars. Not these stars, nor any others. No one controls your destiny."

2. "So he stalked her again. Love makes hunters of us all."

3. "There were more ways to live than the ones given by one's superiors."

4. "One never learns how the witch became wicked, or whether that was the right choice for her-is it ever the right choice? Does the devil ever struggle to be good again, or if so, is he not a devil?"

Quotes From 'Wicked' The Musical

Here are some wicked musical quotes from 'Wicked: The Complete Book and Lyrics of the Broadway Musical', which is a paperback by Stephen Schwartz which was published in 2010, where he has combined the complete script and the various lyrics of the musical.

7. "Because I knew you, I have been changed for good."

Elphaba And Glinda Quotes From 'Wicked' The Musical

Glinda and Elphaba, the two popular fictional characters, portrayed true friendship. However, they shared a common crush, Fiyero, who interfered with their friendship and got them entangled in hatred. 'Wicked' The Musical was composed by Stephen Schwartz, which is the real root of these 'Wicked' broadway quotes, 'Wicked' musical quotes, quotes about 'Wicked', 'Wicked' quotes Elphaba and lastly Glinda quotes 'Wicked'.

12. "Elphaba: Maybe perfecting the pronunciation of your precious name is not the sole focus of Doctor Dillamond's life, and maybe he's not like every other professor; maybe some of us are different!

Glinda: Well, it seems the artichoke is steamed."

13. "I don't see why you can't just teach us history instead of always harping on the past."

16. "You just take that one road the whole time...I hope they don't get lost. I'm so bad at giving directions."

'Wicked' the musical quotes are articulately extracted from the lyrics of the broadway musical, which were all composed by Stephen Schwartz. Let these humorous and inspiring 'Wicked' quotes by these incredible characters serve you well. There are many lessons that can be learned from this fabulous musical. Enjoy these quotes in any way you want.

- Glinda, 'No One Mourns The Wicked.'

21. "Are people born wicked? Or do they have wickedness thrust upon them?"

- Glinda, 'No One Mourns the Wicked.'

22. "Shouldn't a girl who's so good inside, Have a matching exterior?"

23. "Let us just say - I loathe it all/Every little trait, however small."

- Glinda and Elphaba, 'What Is This Feeling?'

24. "They want you to become less callow/Less shallow/But I say: why to invite stress in?/Stop studying strife..."

25. "Held in such high esteem, when people see me, they will scream."

Elphaba: It's just-- for the first time, I feel wicked."

Quotes From 'Wicked' The Book Series

32. "Waking up was a daily cruelty, an affront, and she avoided it by not sleeping."

Here at Kidadl, we have carefully created lots of interesting family-friendly quotes for everyone to enjoy! If you liked our suggestions for ['Wicked' Quotes], then why not take a look at ['Dirty Dancing' quotes], or ['A Star Is Born' quotes].

How To Make Working From Home Work For You
Eleanor Gustard
No items found.