25+ True Romance Quotes About Love On The Run 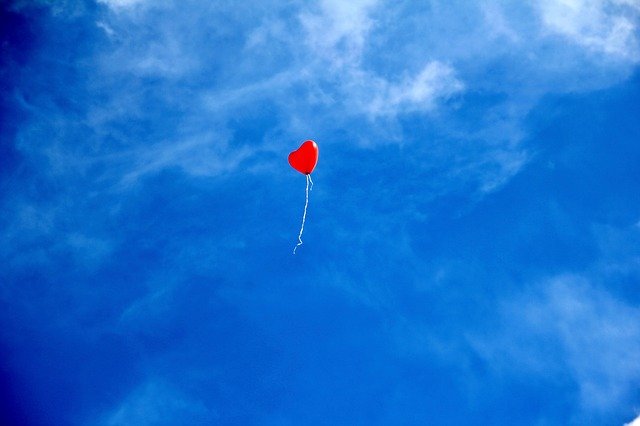 Directed by Tony Scott, 'True Romance' is a 1993 cult classic about going to dangerous lengths for your love.

These 'True Romance' movie quotes will give you a great idea of the sense of adventure and thrill in the movie. The movie stars Christian Slater as Clarence Worley, Patricia Arquette as Alabama Whitman, Dennis Hopper as Clifford Worley, Gary Oldman as Drexl Spivey, Val Kilmer as Elvis, Brad Pitt as Floyd, Christopher Walken, James Gandolfini and Samuel L. Jackson.

The 'True Romance' script was actually written by Quentin Tarantino and directed by Tony Scott. So, you know there are going to be some famous 'True Romance' lines spoken by the characters. Read on for such quotes. If you like this article, also check out our compilations of  [Quentin Tarantino quotes] and ['Bonnie and Clyde' quotes].

Clarence Worley-Alabama Whitman from 'True Romance' is one of the coolest couples in movie history. Here are some of their famous quotes from the movie, 'True Romance' love quotes and also some Christian romance quotes. In 'True Romance', Clarence and Alabama are lovers on the run. Check out their quotes here!

5.“Well, cut my legs off and call me shorty....there's a pretty original moniker there, Alabama. Sounds like a Pam Grier movie....she carried a sawed-off shotgun in her purse, a black belt around her waist, and the white-hot fire of hate in her eyes."

6.“In Jailhouse Rock he was everything rockabilly's about. I mean, he is rockabilly. Mean, surly, nasty, rude.”

7.“I can't tell you... that was one of the best times I ever had. But, you know, I knew something must be rotten in Denmark. There was no way you could like me that much.”

8.“I'm sorry, I think you have the wrong room...my name is Sadie. We don't have any Coke but there's a Pepsi machine down the hall...I don't know anybody named Clarence but perhaps my husband does. You can ask him because he'll be home any minute.”

9.“If you gave me a million years to ponder, I would've never guessed that true romance and Detroit would ever go together.”

10.“I want you to know that I'm not damaged goods...I'm not what they call Florida white trash. I'm a good person and when it comes to relationships, I'm one-hundred percent, I'm one hundred percent... monogamous.”

11.“I tell him of how I would want to die, but that the anguish and the want of death would fade like the stars at dawn, and that things would be much as they are now. Perhaps...except maybe I wouldn't have named our son Elvis.”

13.“You got me in a vendetta kind of mood. You tell the angels in heaven you have never seen evil so singularly personified as you did in the face of the man who killed you. My name is Vincent Coccotti.”

14.“They didn't tell me...now you just wait a minute and listen to me. I haven't seen Clarence in three years. He shows up yesterday with a young girl, sayin' that he got married. He asks uh for uh some quick cash to go on a honeymoon, he asked if he could borrow five hundred dollars.”

15.“Sicilians are great liars...the best. We have generations of great liars in our family....my own father was the world heavyweight champion of Sicilian liars. And he taught me that a man has sixteen different behaviors and mannerisms that give him away when he's lying.”

19.“Now, what we got here is a little game of show and tell. You don't wanna show me nothing but you're telling me everything.”

20.“Now the first time you kill somebody, that's the hardest....remember that guy in Texas? The guy up in that tower that killed all them people? I'll bet you green money that first little black dot he took a bead on.”

21.“They were here and they said that they were going to go there. And they went.”

Drexl Spivey is the secondary antagonist whom Alabama and Clarence are escaping. He wants Alabama to return to her, but neither she nor Clarence wants this, which creates tension for the characters.  We bring you a few of the funniest Drexl 'True Romance' quotes.

22.“They got everything here from a diddled-eyed joe to damned if I know.”

23.“Why don't you sit yourself down and grab yourself an egg roll?”

24.“I think you're too scared to be eatin'...now, see we're sittin' down here, ready to negotiate, and you've already given up. I'm still a mystery to you.”

25.“Ey' yo, yo why you trippin'? We're just playin' with ya....in fact, I'm gonna show you what I mean with a little demonstration. Toss me the burner.”

Here at Kidadl, we have carefully created lots of interesting family-friendly quotes for everyone to enjoy! If you liked our suggestions for 'True Romance' quotes then why not take a look at ['90s quotes], or ['Thelma and Louise' quotes].