Tudor music and dance is great fun - its an ideal subject to explore with your children!

Primary school pupils will learn all about the Tudors (one of the most famous families to rule England) in KS2. As Kidadl's Tudor timeline shows, the Tudors were in power between 1485, when Henry VII was crowned, through to 1603 when Elizabeth I died.

They were particularly colourful monarchs who loved music and dancing. So if you want to know your hurdy-gurdy from your viol or fancy a little Morris Dancing, read on...

The lute, a kind of stringed instrument that was similar to the modern guitar, was the most popular instrument during the Tudor period. Along with the cornet and the trumpet, which were often used by soldiers, the harpsichord, bagpipes, tambourine and recorder were all popular musical instruments at the time.

Some musical instruments were invented during the Tudor period, often through combining multiple different instruments to create different,  new sounds. The most popular of these was the English Consort, which consisted of the violin, lute, flute and viol (a stringed instrument similar to the modern violin that was played sitting down resting between the legs of the musician).

Other stringed instruments played by Tudor musicians included the harp, citole (this had a fretted neck and was an ancestor of the modern guitar), hurdy-gurdy (a strange instrument that seemed to combine the piano and the violin), psaltery (this was mounted on a wooden box and played on the performer's lap) and rebec (a four-stringed instrument that was pear-shaped).

What Instruments Did Henry VIII Play?

Henry VIII was a talented musician and is even thought to have composed ballads and church music. His most famous composition was Pastime With Good Company.

He played a variety of instruments including the lute, the organ, keyboards, the flute, the harp and the recorder (he was regarded as a brilliant player of this instrument, which of course now only sees the light of day in primary schools and those enthusiastic home practice sessions). When he died he left a collection including five bagpipes, 78 recorders, 78 flutes and one mechanical virginal (a keyboard instrument named after the Virgin Mary).

Henry shared the pleasure of music with his wives, especially Catherine of Aragon. It is commonly believed that he may have written the famous Greensleeves for Anne Boleyn, though some historians now think this may have been created later.

What Types Of Dances Did The Tudors Perform?

Dancing was a popular pastime for the Tudors. It was considered to be both good exercise for the body and good fun for the mind. New dances were created as new instruments emerged and combinations of Tudor instruments were experimented with during the period. Books from the sixteenth century described popular dances, songs and music in great detail, so we can be fairly certain what they were like.

The dances were different for the rich and poor Tudors. Much of the Tudor court dancing that was enjoyed by the wealthy was thought to have originated from France, Spain or Italy, while the poor enjoyed more traditional forms of dance like the jig and Morris dancing.

Rich people tended to enjoy new types of music and dance. As courtiers returned from Europe with different experiences, new Tudor dance steps emerged. They were generally more intricate and sophisticated than the traditional moves used by the poor, and had to be learned. Examples include the energetic Galliard (an athletic dance, the most basic of which involved four kicks and a cadence), the refined Pavane (a slow, processional dance), or the moderate Almain (danced by lines of couples, involving three steps then a hop). Couples performed in many court dances, though there was only one dance (called the Volt) in which they were allowed to embrace.

Poor people had no influences from outside of Britain. The only place they may have gained new ideas was from theatre, which became another popular pastime during the reign of Elizabeth I. The poor's dance routines were based around the traditional English country dances, which were danced by couples in round, square or rectangular sets. Many of these dances were adapted for the seasons or for festivals, such as Maypole dancing.

2) Musicians were hired to teach the monarch's children, as well as for performances at big occasions such as feasts. Mary (the daughter of Henry VIII and Catherine of Aragon), for example, grew up playing keyboard instruments and the lute. In 1553 she was described as “surprising even the best performers, both by the rapidity of her hand and the style of her playing”. She was taught by Philip van Wilder, a chief musician of Henry VIII. He went on to teach the lute to Henry's son Edward VI.

3) Tudor music was considered to be very important, and musicians were sometimes supported by the Church. The Tudors saw music as vital for worship.

4) Musicians who played loud instruments like the trumpet were not valued by the Tudors as much as those who could play softer keyboard or string instruments.

5) Kings and Queens were expected to be interested in music. Many of the Tudors were skilled musicians and dancers, and practised in the mornings. Elizabeth I was a keen pianist.

6) Poor people mainly heard Tudor music at fairs, markets and the theatre. Musicians who played in towns and cities were called waits and played high-pitched music on a pipe instrument.

7) Rich people often paid for musicians to play in their house.

8) For many people, Tudor music was saved until Sundays because this was the only day they didn't work.

9) In court, singing and Tudor dance were important parts of the masque (a grand feast which also involved play-acting).

10) Many people (both rich and poor) experienced Tudor music and dance at the theatre, which became hugely popular during the period. This was thanks in part to the rise of great playwrights including William Shakespeare and Christopher Marlowe. The famous Globe Theatre in London was also built during this period. 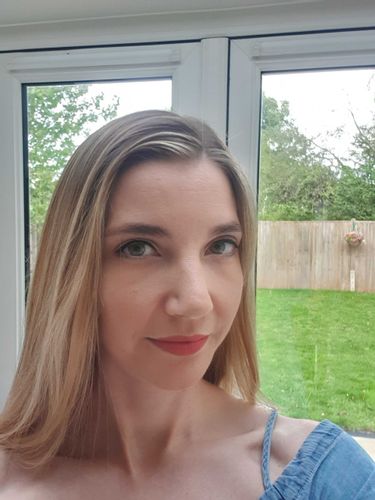 Despite living in London for more than 10 years, Becky is a countryside lover at heart. After growing up in the Yorkshire Dales, she relocated to the capital to continue her journalism career before finally settling in West Sussex in 2019. Mum to a chatty toddler (and a middle-aged cat), if she's not being forced to sing nursery rhymes she can be found watching live sport with a nice cup of tea.