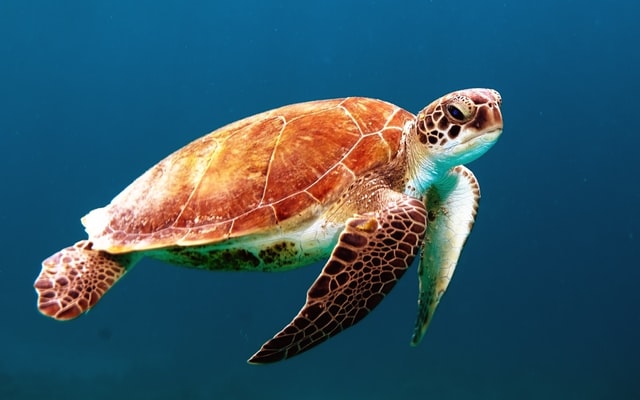 A turtle is the symbol of wisdom and tranquillity.

In the famous moral story about the turtle and the hare, where we get the hare and the tortoise quotes, we learn about the slowness of turtles. Turtles live for over 100 years, but they are endangered.

Why not also check out Woody quotes and Buzz lightyear quotes?

Master Oogway from the 'Kung Fu Panda' series is a philosophical guru. Here are a few inspiring tortoise quotes by Master Oogway.

1. "I think they will all lose until they find a battle worth fighting."

2. "It's so nice to see that you were able to take the most respected art form in China... and use it to pursue nothing but fame."

3. "[You can get all you want] By changing course. When the path you walk always leads back to yourself, you never get anywhere…"

6. "Look at this tree. I cannot make it blossom when it suits me, nor make it bear fruit before its time… No matter what you do, that seed will grow to be a peach tree. You may wish for an apple or an orange, but you will get a peach."

8. "Use your skills for good, young warrior. Find the one thing you were denied so long ago — compassion."

9. "Who knows the ways of the universe? Accident? Or destiny? That is the secret."

11. "Your mind is like this water, my friend. When it is agitated, it becomes difficult to see. But if you allow it to settle, the answer becomes clear."

12. "Shifu, an acorn can only become the mighty oak, not a cherry tree. You must let her grow into what she will be."

13. "My old friend, the panda will never fulfill his destiny, nor you yours, until you let go of the illusion of control."

14. "One often meets his destiny on the road he takes to avoid it."

15. "You're failing yourself. No matter how much you try, you will never be Shifu. The question is… Can you be Tigress?"

16. "Yesterday is history, tomorrow is a mystery, but today is a gift. That is why it is called the present."

17. "My time has come. You must continue your journey… without me. You must… believe. Promise me you'll believe."

In 'Finding Nemo,' (2003), Crush is a laid back Californian surfer. Here is a list of cool Crush, the turtle, quotes.

19. "Crush: Okay. Squirt here will now give you a rundown of proper exiting technique.

Squirt: Good afternoon. We're gonna have a great jump today. Okay, first crank a hard cutback as you hit the wall. There's a screaming bottom curve, so watch out. Remember: rip it, roll it, and punch it."

21. "Oh, it's awesome, Jellyman. The little dudes are just eggs, we leave 'em on a beach to hatch, and then, coo-coo-cachoo, they find their way back to the big ol' blue."

Yertle the Turtle is one of the famous stories from a classic children's picture book collection by Dr. Suess.

22. "SILENCE!" the King of the Turtles barked back.

"I'm King, and you're only a turtle named Mack."

That dares to be higher than Yertle the King?

I shall not allow it. I'll go higher still!"

25. "And the turtles, of course all the turtles are free, as turtles and, maybe, all creatures should be."

26. "You two are adorable. I could just pinch your cheeks."

April O'Neil: No, that's stupid. They're reptiles. They help people."

30. "That's insane! That cat is playing 'Chopsticks' with chopsticks!"

Michaelangelo: And we're teenagers. But we can still have adult conversations."

34. "I'm the one who licks the icing off the Pop-Tarts every morning and puts them back in the box."

Something as pure and gentle as a turtle ought to have the purest of souls and hearts. Here is a list of sea turtle quotes about love and friendship, and wisdom related to turtles.

35. "No man has ever seen a turtle climbing the wall. In order to do the things which are impossible for you, you need to change yourself, and better still, transform yourself into something new!"

38. "Turtles always strike me as devastatingly serious. If turtles could talk, I'd believe everything they said."

40. "See the turtle of enormous girth, on his shell he holds the earth. If you want to run and play, come along the beam today."

41. "I'm as self-contained as a turtle. When I put my key in the ignition, I have my home right behind me."

42. "Anytime you see a turtle up on top of a fence post, you know he had some help."

43. "Looking for peace is like looking for a turtle with a mustache: You won't be able to find it. But when your heart is ready, peace will come looking for you."

47. "As true as steel, as plantage to the moon, as sun to day, at turtle to her mate, as iron to adamant, as earth to centre."

49. "Most people are heartless about turtles because a turtle's heart will beat for hours after he has been cut up and butchered. But the old man thought, I have such a heart too."

50. "The two are unrelated. I'm not into turtles or space stuff."

51. "Nature is slow, but sure; she works no faster than need be; she is the tortoise that wins the race by her perseverance."

Turtles have inspired a variety of proverbs all over the world. Some are rather funny quotes about turtles.

52. "The turtle underestimates the value of fast feet"

53. "Behold the turtle that makes progress only when it sticks his neck out."

54. "It is the fear of what tomorrow may bring that makes the tortoise to carry his house along with him wherever he goes."

55. "The turtle lays thousands of eggs without anyone knowing, but when the hen lays an egg, the whole country is informed."

57. "Sleepy turtles never catch up with the sunrise."

58. "To ward off evil, put a turtle shell underneath your door."

59. "Keep a turtle in your garden or turtle's bones in your pocket for good luck."

60. "Trusting in wealth is like looking for feathers on turtles."

Here at Kidadl, we have carefully created lots of interesting family-friendly quotes for everyone to enjoy! If you liked our suggestions for Turtle Quotes then why not take a look at Snake quotes, or Animal rescue quotes.