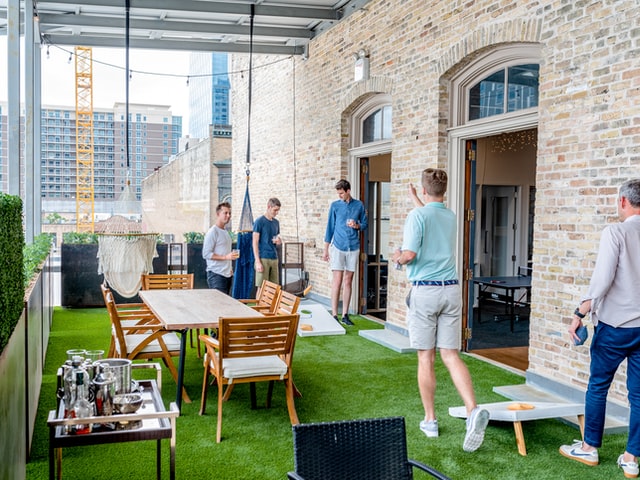 Fraternities and sororities are brotherhood or sisterhoods conformed to shared objectives and goals.

Fraternities and Sororities organizations are Latin terms that mean brother and sister respectively. The oldest fraternal association in the United States of America was the Phi Beta Kappa Society, established on December 5, 1776, at the College of William and Mary in Williamsburg, Virginia.

They play an important role in American college life. These are organizations of college students that gather to encourage regular social and scholarly interests. In the late 1700s and 1800s, colleges of the United States were dominated by Ancient Greek and Latin scholarship. So, it became mandatory to learn Latin and Greek. As a result, all the names of  American fraternity and sorority organizations use Greek letters to allude to their associations. This means that in order to pronounce fraternity names, you often need a little knowledge of the Greek alphabet.

Fraternity organizations also all have their own symbols. There are unique symbols (often related to the Greek letter or letters of the fraternity) that are associated with each fraternity. For example the symbol of Alpha Chi Alpha (local) is ΑΧΑ.

If you liked this article then you can also see our articles on school names from fiction and real life and funny clan names.

Fraternities Founded In The 1800s

1. Alpha Delta Phi, its motto is "many hands, one heart".

2. Chi Phi, its motto is "truth, honor, and personal integrity".

3. Delta Kappa Phi, promotes excellence in the classroom and all life endeavors.

4. Kuklos Adelphon, its motto is "nothing can I prefer, when sane, to a companionable friend".

6. Pi Delta Psi, its motto is "excellence through brotherhood".

7. Rensselaer Society Of Engineers, its motto is "in time, through friendship, science and knowledge will rule the world".

9. Theta Chi, its motto is "an assisting hand".

Fraternities Set Up In The 1900s

Toward the start of the twentieth century, the number of fraternity members rose. This resulted in the period being referred to as "the Golden age of fraternalism". Take a look at the following fraternity house names from the 1900s.

10. Adelphikos, its motto is "men of honor, men of courage".

13. Alpha Delta (national), "in brotherhood we stand, in service we rise" is its motto.

14. Alpha Epsilon Pi, its motto is "developing leadership for the Jewish community".

17. Alpha Rho Upsilon, its motto is "tolerance and diversity".

19. Delta Epsilon Psi, its motto is "in brotherhood lies our strength".

22. Delta Sigma Chi, its motto is "knowledge and brotherhood in a bond of union".

24. Mu Beta Psi, this is a service and music fraternity.

25. Omega Gamma Delta, it presently has over 100 chapters.

26. Phi Delta Pi, was a national honors fraternity in the disciplines of health and physical education, health sciences and recreation.

29. Xi Kappa, its aim was to set up as the primary Asian premium organization in the southeast United States.

Fraternities Set Up In The 2000s

As the new millennium dawned many more fraternities were established. Fraternities continue to play an important role in colleges today, supporting students as they embark on the next stage of their lives. Find the names of the best and most famous fraternities from the most recent century in this list. Which name is your favorite?

31. Alpha Epsilon Omega, famous as AEO. It was founded by three spirited young men who wanted to form the first Armenian fraternity on campus.

32. Delta Beta Tau, is made for the benefit of others.

34. Kappa Psi Kappa, its motto is "one brotherhood one bond".

35. Kappa Theta Pi, is the oldest independent fraternity in the western United States.

Fraternities That Have Been Disbanded

Many fraternities are no longer in existence because of mergers or transformations. If you are looking for the name of a disbanded fraternity, you might find it in this list or fraternity names that no longer exist.

38. Chi Tau (local), its motto is "to build character and to create a stronger feeling of brotherhood through tolerance".

39. Delta Epsilon (fraternity), its motto is "in brotherhood lies our strength".

40. Delta Kappa, its motto is "true leadership is possible only through honorable and upright living".

41. Omega Upsilon Phi, this is another of the North American frat names.

46. Sigma Gamma Chi, in this sign, "you shall conquer" is its motto.