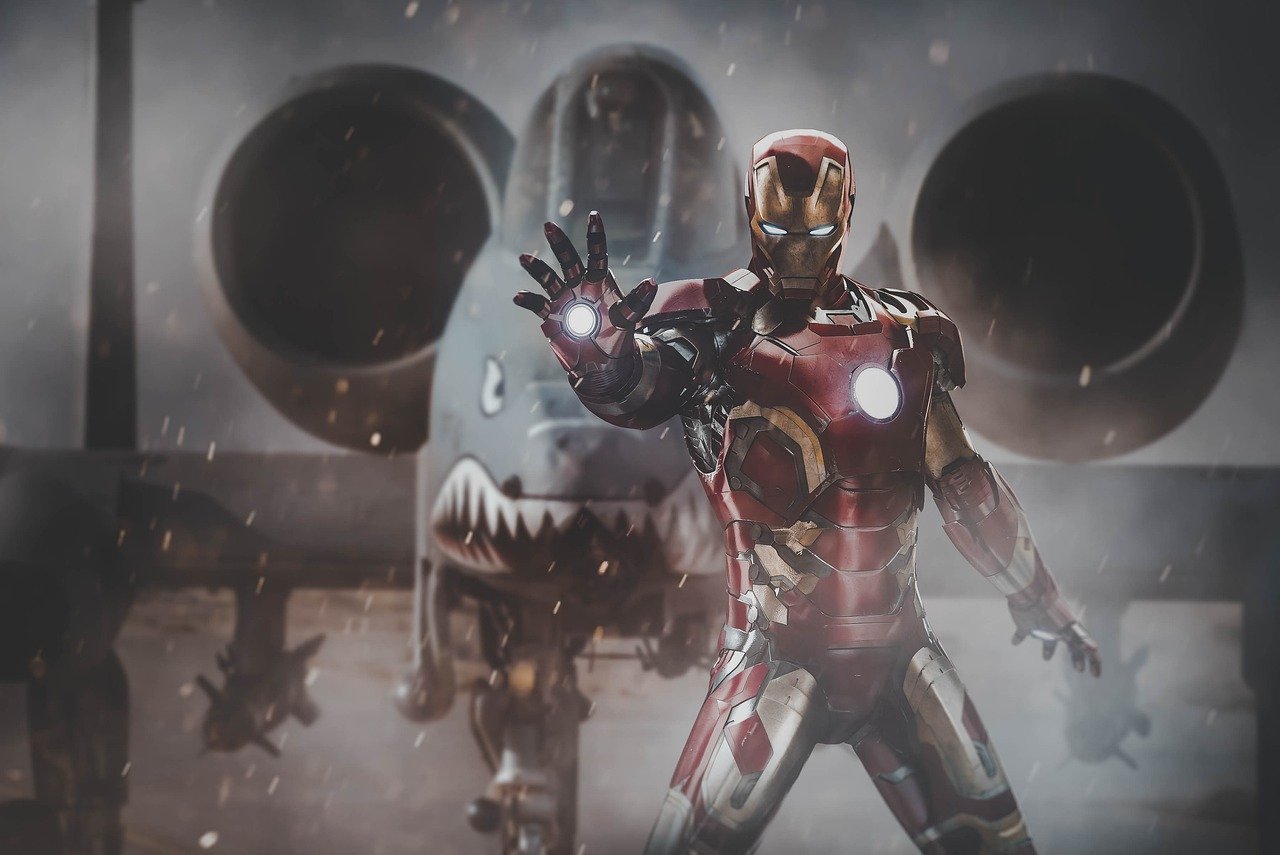 Marvel Cinematic Universe or MCU is a movie series inspired by the Marvel comics.

Every movie that MCU presents is destined to be a blockbuster hit. The franchise has hypnotized audiences of all age groups with its gripping storylines and fantastic characters.

We've created a list of the best quotes and one-liners from all Marvel Studios movies in this article. If you want to read more superhero quotes, then check out these Hulk and Avengers quotes.

Here are the most memorable and inspirational MCU quotes. Everyone enjoys a Marvel movie, and similarly, everyone will enjoy these Marvel quotes!

1. "Those weapons were out there and I tried to tell you about it, but you didn't listen. None of this would've happened if you had just listened to me! If you even cared, you'd actually be here."

2. "You never know. You hope for the best and make do with what you get."

3. "Faith is my sword. Truth is my shield. Knowledge my armor."

4. "Even if there's a small chance that we can undo this, I mean, we owe it to everyone who is not in this room, to try."

7. "Tony, trying to get you to stop has been one of the few failures of my entire life."

8. "There was an idea, Stark knows this, called the Avengers Initiative. The idea was to bring together a group of remarkable people, see if they could become something more. See if they could work together when we needed them to to fight the battles we never could."

9. "I choose to run towards my problems, and not away from them. Because’s that– because’s that what heroes do."

12. "In times of crisis, the wise build bridges while the foolish build barriers."

15. "Stark chose you. He made you an Avenger. I need that. The world needs that. Maybe Stark was wrong. The choice is yours."

16. "There’s no throne, there is no version of this, where you come out on top. Maybe your army comes and maybe it’s too much for us, but it’s all on you. Because if we can't protect the Earth, you can be damn well sure we'll avenge it."

18. "If you're nothing without the suit, then you shouldn't have it."

19. "Just because something works doesn't mean it can't be improved."

20. "No mistakes. No do-overs. Look out for each other. This is the fight of our lives.”

21. "Death is what gives life meaning, to know your days are numbered, your time is short."

- The Ancient One, 'Doctor Strange'.

Here are the funniest quotes from the best Marvel movie characters. Have a laugh at these Marvel quotes as you relive the scenes.

25. "I do anything and everything that Mr. Stark requires—including occasionally taking out the trash."

26. "Nothing goes over my head. My reflexes are too fast. I would catch it."

- Drax, 'Guardians of The Galaxy'.

27. "If you try to escape, or play any sort of games with me, I will taze you and watch Supernanny while you drool into the carpet."

28. "Faster, ladies! Come on! My Grandmother has more life in her, God rest her soul."

31. "Can you believe they call us criminals when he's assaulting us with that haircut?”

- Rocket, 'Guardians of the Galaxy'.

32. "It’s good to meet you, Dr. Banner. Your work on anti-electron collisions is unparalleled. And I’m a huge fan of the way you lose control and turn into an enormous green rage monster."

36. "The city is flying. We’re fighting an army of robots. And I have a bow and arrow. None of this makes sense."

37. "There are two types of beings in the universe. Those who dance, and those who do not... You just need to find a woman who is pathetic, like you."

38. "Put the woman on the phone or I will blow up the block before you can make the lobby."

39. "I've mastered the ability of standing so incredibly still that I become invisible to the eye."

40. "You want a juice box and some string cheese?"

42. "Dude, you’re embarrassing me in front of the wizards."

45. "I finally get everything I wanted, and I'm wearing tights."

46. "Before we get started, does anyone want to get out?"

47. "You start running, they'll never let you stop. You stand up, push back. Can't say no forever, right?"

51. "You remember that time we had to ride back from Rockaway Beach in the back of that freezer truck?"

53. "This job... we try to save as many people as we can. Sometimes that doesn't mean everybody. But if we can't find a way to live with that, next time... maybe nobody gets saved."

Here are the best quotes from Tony Stark aka Iron Man.

57. "No amount of money ever bought a second of time."

58. "They say that the best weapon is the one you never have to fire. I respectfully disagree. I prefer the weapon you only have to fire once."

60. "Everybody wants a happy ending. Right? But it doesn’t always roll that way."

62. "My armor was never a distraction or a hobby, it was a cocoon, and now I'm a changed man. You can take away my house, all my tricks and toys, but one thing you can't take away, I am Iron Man."

63. "If we can't accept limitations, we're boundaryless, we're no better than the bad guys."

Here are the best quotes from Thor.

70. "The only thing that is permanent in life is impermanence."

71. "Life is about… It’s about growth, it’s about change, but you seem to just want to stay the same. I guess what I’m trying to say is that you’ll always be the god of mischief, but you could be more."

73. "These people are innocent, taking their lives will gain you nothing. So take mine, and end this."

Here are the best quotes from Ultron.

74. "I'm gonna show you something beautiful... people, screaming for mercy!"

79. "I know you're good people. I know you mean well. But you just didn't think it through. There is only one path to peace, your extinction."

81. "I'm glad you asked that, because I wanted to take this time to explain my evil plan."

Here are the best quotes from Loki.

83. "Thor: I will tell Father you died with honor.

86. "You must be truly desperate to come to me for help."

87. "You know this is wonderful! This is a tremendous idea! Let’s steal the biggest, most obvious ship in the universe and escape in that!"

89. "It hurts, doesn’t it? Being lied to. Being told you’re one thing and then learning it’s all a fiction."

Here are the best quotes from Thanos, the epic MCU villain.

94. "You could not live with your own failure. Where did that bring you? Back to me."

95. "You’re not the only one cursed with knowledge."

98. "Perfectly balanced, as all things should be."

101. "I know what it’s like to lose. To feel so desperately that you’re right, yet to fail nonetheless."

Here at Kidadl, we have carefully created lots of interesting family-friendly quotes for everyone to enjoy! If you liked our suggestions for MCU quotes then why not take a look at Loki quotes, or [Hawkeye quotes].