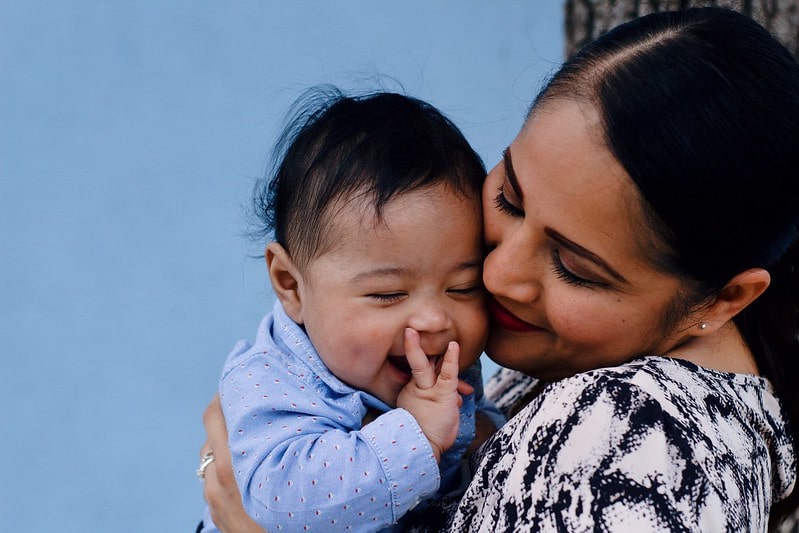 When there are so many beautiful baby names around, narrowing the search down to just a few can feel a bit overwhelming.

We've written this list of fifty unique boys' names beginning with K to help with your search. There is a huge choice of baby names out there, whether you're on a search for a completely unique baby name that no-one else will have, or after a traditional favourite.

This list of boy names beginning with K has something for everyone, whether it's modern favourite boys' names like Kai or Kaden, or a classic baby name like Kevin or Kieran.

What Names Start With K?

While K may not seem like the most obvious letter in the alphabet, there are a surprising number of great baby boy names starting with K, from Old-English origin names like Kade to imports from other cultures like Kristof and Kamil. When it comes to picking the cutest name for your little boy, every family will have its own ideas about what's best. Some might want popular names based on the top fifty boys names, while others might want to make sure no other boys in class will have the same names as their child. Whatever kind of names you're looking for, we've collected fifty of the best boys' names beginning with K in this list to help you in your search.

These are likely to be the first names that come to mind when someone says "baby boy names starting with the letter K", and that's because these names have been around for a while. Mostly of Irish or Scots Gaelic origin, these names have been chosen by parents for their baby boys for generations.

These baby boy names starting with K are either recent inventions or have been rediscovered in the last few years to become modern favourites.

1.Kade (Old English): round. This name has its origin in an English family name.

2.Kai (Hawaiian): ocean. This baby boy name of Hawaiian origin also means triumph in Chinese a well as belonging to one of the knights in the legend of King Arthur.

3.Kayden (Old English): round. It's part of the super-popular family of names that also includes Kaden and Kade (above).

4.Kenzo (Japanese): wise. Although it has a Japanese origin, this name is also famous for belonging to a French fashion house.

5.Kilian (Gaelic): small and fierce. One of many names of Gaelic origin to gain in popularity recently, this name is also a variant of Cillian, like the actor Cillian Murphy.

6.Kyle (Celtic): narrow sea. Another name of Celtic origin that has recently gained followers, this short name is always popular.

These boy names starting with K belong to celebrity babies as well as sporting legends and stars of the silver screen.

1.Keanu (Hawaiian): breeze. Keanu Reeves is the most famous person to have this baby boy name.

2.Kelsey (Middle English): stable; reliable. Kelsey Grammar has enjoyed having this baby name beginning with K so much, he gave it to his son as well.

Baby Boy Names That Start With K In Pop Culture

These boy names starting with K all belong to famous characters from film, television and more.

1.Kendall (Old English): ruler of the valley. This unisex name belongs to the eldest son of a billionaire media tycoon in HBO drama Succession.

3.Kingsley (Old English): King's meadow. As well as belonging to novelist Kingsley Amis, this is also the name of the character Kingsley Shacklebolt in the Harry Potter series.

5.Kristoff (Hungarian, Norse): bearer of Christ. This Nordic name meaning Christopher is the name of a character in Disney's Frozen.

6.Kylo (Old English): cow pasture. This unusual baby name had sunk into obscurity until it was given to Kylo Ren in Star Wars.

These baby boy names are a natural choice for a family that loves the outdoors.

4.Knox (Scottish): round hill. This baby boy name has enjoyed popularity among celebrities in the past decade or so.

5.Kobe (Swahili): turtle. This baby boy name belonged to basketball star Kobe Bryant. We've given the Swahili origin and meaning, but it has several other meanings in other languages.

These boys' names beginning with K all have religious meanings.

2.Kamil (Arabic): perfect. One of the 99 qualities of God in the Quran.

3.Kentigern (Scottish): lord. Name of the patron saint of Glasgow.

5.Krishna (Sanskrit): The name of a Hindu god.

These boys' names are perfect if you're on a search for a name that will show the world what kind of person you hope your son will be.

3.Kian (Irish; Persian): grace of God; king. When it's of Irish origin, this name means grace of God, but in its Persian origin form it means king or ruler.

4.Kit (English): bearer of Christ. Short for Christopher, this name also brings the word for a baby rabbit or fox to mind.

Boys' Names That Start With K From Around The World

Boy names that start with K from all kinds of countries.