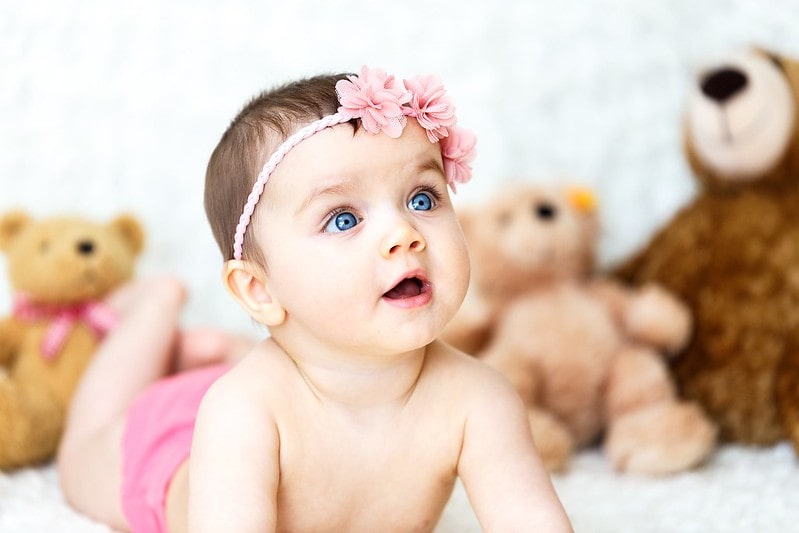 Congratulations - you're having a baby girl! Whether you're a first-time parent or a seasoned pro, there's a lot to think about.

And between baby brain, names of old schoolmates you want to avoid and all your friends throwing their girls' name ideas into the mix, choosing the perfect name for your newborn can be tricky. So Kidadl is here to help you out, and bring some impartial baby name inspiration from around the world for your baby girl.

It's important to choose a name that you love, you'll be saying it a lot. So whether you have Scottish heritage or are a lover of the sea, try choosing a theme you connect with.  We've collected as many girl names that start with the letter J as we can find and broken them down into 9 different areas of inspiration. If you're looking for baby girls' names that start with J, we have the definitive list right here.

Whilst it can be nice to have a baby girl name that is a bit different, some parents don't want a name which stands out too much. So, if you're on the search for slightly more traditional baby girl names starting with J, then this is the list for you.

Jodie (Hebrew origin) meaning 'Praised' or 'A Woman From Judea'

If you're on the search for baby girl names starting with J that are just a little bit different, you can always rely on the wacky world of celebrity to bring some inspiration to your search.

Jada (Hebrew origin) meaning 'He Knows.' Jada Pinkett Smith helped this variant of Jade rise in popularity as a baby name for girls.

Jolene (modern, feminine form of Joseph) meaning  'God Will Increase.' Made famous as a baby girl name by the classic Dolly Parton hit.

Judy (Hebrew origin) meaning 'He Will Be Praised,' Judy Garland made this variant of Judith a more popular baby girl name.

If you're having a baby girl, but have a male relative you'd like to honour, here are some lovely baby girl names beginning with J that are derived from the male 'John' that you could use instead.

If you're on the search for baby names beginning with J for girls that say virtue and innocence, this is the list for you.

From flora and fauna to the changing seasons, the world is brimming with colour and beauty, making nature the perfect place to look for baby name inspirations, especially for girls. Any nature lover is sure to find what they're looking for in these baby names that start with J for girls.

Jade (Spanish origin) meaning 'Stone Of The Side,' and referring to the famous green gemstone

Jasmine (Persian origin) meaning 'Gift From God,' and referring to the flower

Some of best baby names come from Greek and Roman mythology - who wouldn't want to name their baby girl after an all-powerful God or Goddess? So if you're on the search for girls names starting with J that are as grand as your own little girl, this is the list for you.

Jocasta (Greek origin), the daughter of the King of Thebes and Mother of Oedipus

June (Latin origin) derived from Juno, the Goddess of Marriage and Childbirth. Can also simply mean 'Born In June'

Junelle, Junette (Latin origin) derived from Juno, the Goddess of Marriage and Childbirth

Juno (Latin origin) named for the Goddess of Marriage and Childbirth

Many of our oldest baby girls names have their origins in religious texts. And more recently, as we've started to experiment with names a little more, many of our newer baby girl names have also found their inspiration in different kinds of spirituality. So if you're looking for girl names starting with J that also reflect your spiritual side, have a search in this list.

If you're on the search for baby girl names that are really special and don't feel too overused, you're sure to find some baby name inspiration here. From ancient names to modern ones, these girl names starting with J will set your baby apart from the crowd.

Jacoba (Hebrew origin, feminine form of Jacob) meaning 'That Supplants' or 'Seizing By The Heel'

Jadrian (English origin), a modern combination of the names Jay or Jade and Adrian