40 Valyrian Names For Your Characters 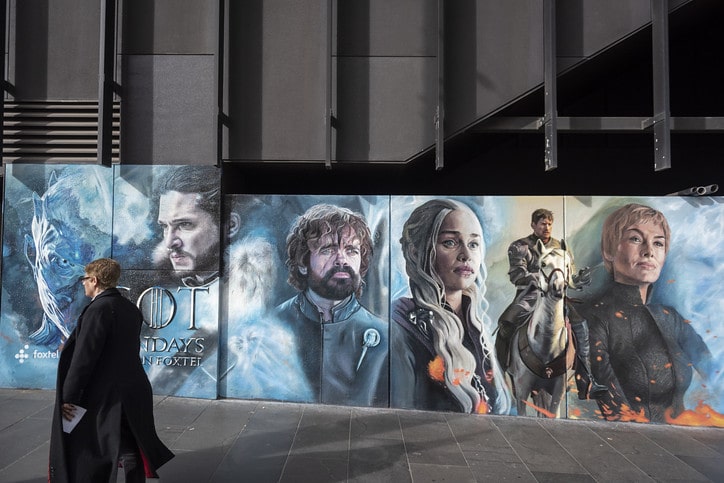 The Game of Thrones series has inspired many parents to name their child after their favorite Valyrian characters.

Valyrian is a fictional language that saw its first glimpse in the A Song of Ice and Fire series by George R.R. Martin. For the television series, David J.Peterson had created the high Valyrian language and its derivative Meereenese Valyrian and Astapoori.

Based on the A Song of Ice and Fire, an Amerian fantasy series, Game of Thrones gained immense popularity with its massive star cast set in the fictional continent Essos and the seven kingdoms of Westeros. The series follows the dynastic conflict for the succession on the Iron Throne with a marvellous amalgamation of magic, dragons, and legendary creatures. Even any layman can start to learn the Valyrian language with a thorough understanding of grammar and conjugation of words. Check out our lists of Game of Thrones Valyrian names if you are on the lookout for unique names or are just a fan of the series.

For more fantasy TV show inspired names, take a look at Lord Of The Rings Names and Twi'lek Names.

Valyrian is an interesting language that is based on real language, though it was not present before the books evolved.  It can easily be learnt using an app named Duolingo which is free. Few words of Valyrnian include Rytsas meaning hello. Daenerys calls dragons as Dracarys. In Valyria, most names ending with an 'a' refer to female names. Here is a list of a few popular Valyrian girl names based on fictional characters.

2. Alysanne: (German origin) meaning "noble or exalted". It is the form of the English name Allison.

4. Baela: (Hungarian origin) meaning "Lady Baela, daughter of Prince Daemon and Lady Laena Velaryon". It is one of the rare Valyrian girl names.

12. Melisandre: (Old French origin) is "a combination of Melissa "Honeybee" and Sandra "Defender of Mankind"".

13. Rhae: (Greek origin) meaning "flowing". It is a variant of the name Rhea.

14. Rhaena: (Fictional high Valyrian character) derived from A Song of Ice and Fire.

15. Rhaella: Has gained popularity after the fictional GOT character, Queen Rhaella Targaryen.

18. Valaena: (Fictional origin) derived from the name for Velaryon, "mother of Aegon".

19. Visenya: (Derived from the high Valyrian name) meaning "Solar or the Sun".

For Valyrians, names ending with 'on', 'ar' and 'or' indicate that they are male names. Here is the list:

20. Aegon: (derived from the high Valyrian word Aegion) meaning "iron". It is a famous fictional character in A Song of Ice and Fire.

21. Aelyx: (Fictional origin) A name derived from one of the notable fictional characters Aelyx Celtigar from the House of Celtigar in Game of Thrones series.

23. Baelor: (derived from baes) meaning "summit". It is a highly acclaimed fictional character Baelor I Targaryen, the ninth King of the Targaryen dynasty.

28. Maegor: (One of the high Valyrian names) derived from mele, meaning "red".

29. Maekar: (Fictional origin) Is amongst popular Valyrian names named after the fictional character Maekar Targaryen, the Prince of Summerhall.

31. Rhaegar: Pronounced as RAY-gar, meaning "the Gift of God".

The names ending with 'ys' are presumed to be gender-neutral in Valyrian culture. Some of the unisex names are as follows:

35. Naerys: (Fictional character from GOT, where Queen Naerys is the sister-wife to King Aegon IV) Pronounced as NER-iss, means lady.

36. Rhaenys: (Fictional origin) meaning "the one who Reigns over clouds". The fictional character Queen Rhaenys gained much popularity,

38. Jaehaerys: (Originates from the high Valyrian word jaes) meaning "Like God". In a Song of Ice and Fire, Jaehaerys II Targaryen was the 16th King to sit on the Iron Throne.

Kidadl has lots of great names articles to inspire you. If you liked our suggestions for Valyrian Names then why not take a look at Names That Mean Dragon, or for something different take a look at Cool Last Names.

What Has Homeschooling Taught YOU?
Matt Brown
No items found.