50+ Vampire Jokes That Will Make You Laugh Until You're Coffin 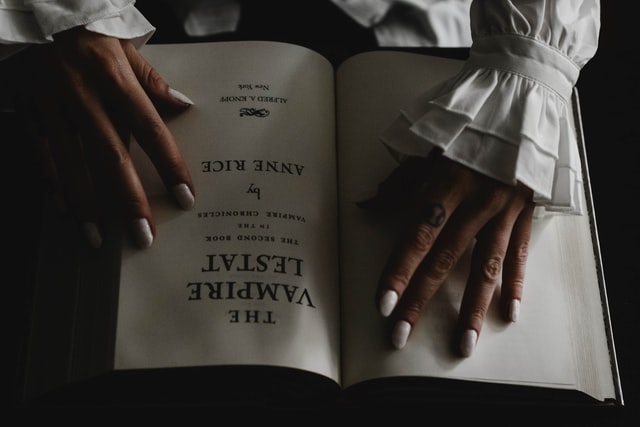 Even though some jokes and puns can be a pain in your neck, vampire jokes surprisingly are not amongst them.

We've all been through that star-eyed phase when we fell in love with the fictional idea of vampires as portrayed in pop culture and media. Even though they are supposedly frightful creatures, we are still fascinated by them.

The very idea of good vampires, contrary to the dark and terrifying portrayal of them in myth and folklore, has been popularized by various books, movies, and TV series that teenagers and young adults love. Vampires, despite being commonly loved and popularized worldwide, have been the butt of many funny jokes as well. Puns, one-liners, and jokes are greatly enjoyed by people who love or even dislike the idea of vampires. Vampire enthusiasts and groupies who have fang clubs even host such games amongst the members where they crack punny jokes about vampires and have a hearty laugh. You can crack a wonderful vampire joke when you are with your vampire-crazy friends, or even imagine things vampires say (or two vampires say among each other) and make a joke out of it.

If you are looking for some bloody good jokes to have some pun with vampire humor, you can check out this list of the best jokes about vampires that really Count. If you would like more puns, you can look into our other articles: Blood puns and Vampire puns.

Dracula Jokes That Are Not A Pain In The Neck

2. What would you get when you cross a vampire with sheep? Drac-Ewe-La.

3. Why did Dracula divorce his wife after she took a blood test? She wasn't his type.

4. Why does Dracula always read the best-reviewed newspaper? Someone told him it had good circulation.

5. Why can you never win in a boxing match with Dracula? Nobody can ever beat the Count.

6. Why does Dracula not have friends? He's such a pain in the neck.

7. Why did Dracula take cold medicine? Because he was coffin too much.

8. Why did Dracula turn over a new leaf? He wanted to be re-vamped.

9. Why are all other monsters good friends with Dracula? Because they could always Count on him.

11. Why did Dracula fail at Art? He was only able to draw blood.

12. What does Dracula say to greet everyone when he wakes up? Good evening.

13. What would Dracula with a guitar be called? Vondervall.

14. Why did Superman fail to defeat Dracula? He could not go to the Krypt Tonight.

15. Where does Dracula usually take a bath? In bat tubs.

16. What is the name of Dracula's vegan brother? Count Rucola.

17. What is Dracula's favorite fruit? Neck-tarines

18. Why doesn't Dracula attack chickens? Because chickens have fowl blood.

19. How does Dracula get his torch to turn on? With bat-teries.

20. What song did Van Hel sing when he killed the last clone of Dracula? 'The Final Countdown'

21. What was the favorite subject of Dracula in school? Ac-count-ing

22. Where does Dracula buy writing utensils from? Pencil-veinia.

23. Why is Dracula not invited to parties? Because he sucks the life out of them.

24. Why did Dracula take up math as a subject in college? Because he loves to Count.

Here is a list of some funny vampire jokes, vampire one-liners, and vampire puns in general that are bloody funny!

25. What would you call a vampire on sale? A dis-Count Dracula.

26. What happened at the vampire sprint race? It finished neck and neck.

27. What is a vampire's favorite ice cream flavor? It's vein-illa.

28. Where do vampires not look that scary? On reflection.

29. Why was the local vampire club getting bigger constantly? They are always out for new blood.

30. How did the vampire feel when he was partying at the club? He had a bloody good time.

31. Why do people hate vampires in general? Because they suck.

32. If vampires were furry creatures, what would they be called? Nos-fur-atu.

33. What type of vampires are always grumpy? The ones with B negative blood type.

34. What is usually the last meal of a vampire before execution? A steak!

35. Why do vampires not want to become investment bankers? They hate stakeholders.

36. What do vampires usually call their boats? Blood Vessel.

37. What is a vampire's favorite brand of beer? Bloodweiser.

38. Why do vampires need mouthwash? To combat bat breath.

39. What is a group of vampire groupies called? A fang club.

40. When do ideas kill vampires? When they dawn upon them.

41. Why are vampires massive sociopaths? They have zero capability of self-reflection.

42. Why do vampires refuse to bet on horses? Because of their inability to handle the stakes.

43. What would you get when you cross a vampire with a snowman? Frostbite.

44. What is a redneck vampire 's favorite drink? Blood Light.

45. Where do vampires deposit all their money? The blood bank.

46. What is a vampire 's favorite fruit to eat when they need Vitamin C? Blood oranges.

47. What is a cross-dressing vampire called? A Dragula.

48. What is a vampire s favorite drink when they party? Bloody Mary.

49. What did the vampire doctor say to his patient? You need more iron.

50. Why do vampires like attacking wizards? They are neck-romancers.

51. What does the doctor vampire say when he calls up a patient? Necks please!

Here at Kidadl, we have carefully created lots of great family-friendly jokes for everyone to enjoy! If you liked our suggestions for Vampire Jokes then why not take a look at Zombie puns, or Witch jokes.