33 Viking Names For Dogs With Meanings 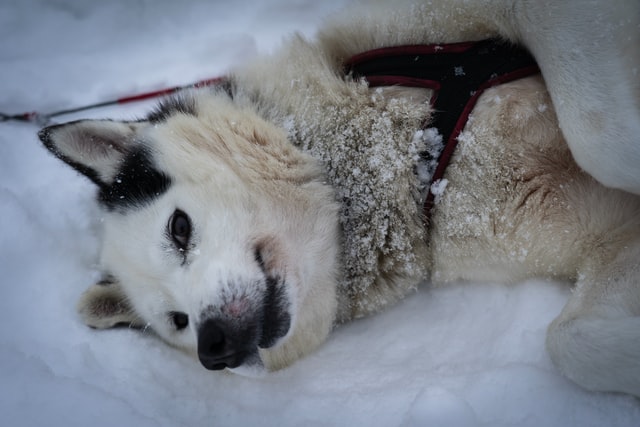 Do you want your dog to have a name that speaks of valor, love, and a sense of adventure?

Many dog owners want to give their dogs a name that is as unique as them. Dog names give your pup a real identity, ones that they will carry for all of their life, so it is important that you pick the right one!

The world of Vikings has plenty of dog names that could suit your new best friend. Vikings took great pride in their names, making them a great place to look to for inspiration today. Tradition played a vital role in naming a Viking, with most names either being inspired by an Old Norse God or Goddess, a sibling's name or an older relative's name. We think those inspired by Norse mythology offer the best options for your new four legged friend!

Norse mythology has so many names of Gods, Goddesses, warriors, giants, places and, of course, animals. Among these names you can find the perfect combination of unique and meaningful Vikings names for your dog. Did you know that Bailey is currently the most popular, number one dog name? Look beyond this popular name and find more unique choices with our list of the best Viking dog names.

For more dog name ideas, check out these nature dog names and these flower dog names.

These Viking male names for your dog come from the Old Norse language and Norse mythology. Each name has a meaning that will describe your dog, so choose wisely from this list of male Viking names.

1 . Agnarr, is from ancient Norse meaning "edge of a sword".

5 . Frode, was the name of a King in Norse mythology and it means "wise".

6 . Garth, was the name of a beautiful garden in Norse mythology.

7 . Harold, is a King in ancient Norse legend, this is the number one Viking dog name, we love it!

9 . Svend, is an ancient name in Old Norse meaning"young".

Here are some great Viking dog names for your female fluff ball from the Viking era. Dogs and wolf were essential parts of Viking history and mythology, what better way to honour this than to name your dog a Viking name?

12 . Frida, "peace" is the meaning of this name which is from the old Norse cognate 'Fríða'.

13 . Freyja, is one of the most famous Goddesses in Norse mythology she was a Goddess of love.

14 . Groa, was the name of a seeress from Old Norse meaning "to grow".

15 . Hildr, in Old Norse legend it was the name of a Valkyrie.

16 . Kara, was the name of a Valkyrie in Norse legend. This name came from the word, kárr.

17 . Nanna, in Norse legend this is the name of a Goddess, it means "daring, brave".

18 . Revna, "raven" is the meaning of this name, according to Old Norse mythology.

19 . Pora, this is the feminine version of the name Thor, meaning "Goddess wielding mighty strength".

20 . Pordis, was the name of a Norse Goddess in Old Norse mythology.

21 . Saga, was the name of the Norse Goddess of poetry and history.

23 . Tove, is from the Old Norse name Tófa meaning "beautiful".

Viking God Names For Your Dog

Vikings worshipped the Norse Gods and Goddesses that they believed in. They were followers of the Norse Gods from Norse mythology. Therefore Viking culture is full of Norse Gods, Goddesses, giants, wolves and more. These names inspired by Viking Gods names have meanings that might suit your new puppy.

25 . Baldur, was one of the most beloved Gods of Norse mythology he is described as "good", "kind", and "cheerful".

26 . Frey, is the God of rain and harvest, he is the brother of Goddess Freya

27 . Idun, this name is pronounced EE-Dune; meaning "rejuvenation one".

28 . Odin, is one of the most powerful Gods from Norse mythology.

30 . Valkyrie, is pronounced as 'VAL-Kar-ee'; meaning "chooser of the fallen".

The most popular dog names of 2020 include Bella, Charlie, Max, Lucy and many more. Are you looking for names that are a little bit different? Whilst all of the Viking names on this list are unique, here are a few particularly unique Viking dog names.