100+ Villain Names We Love To Hate 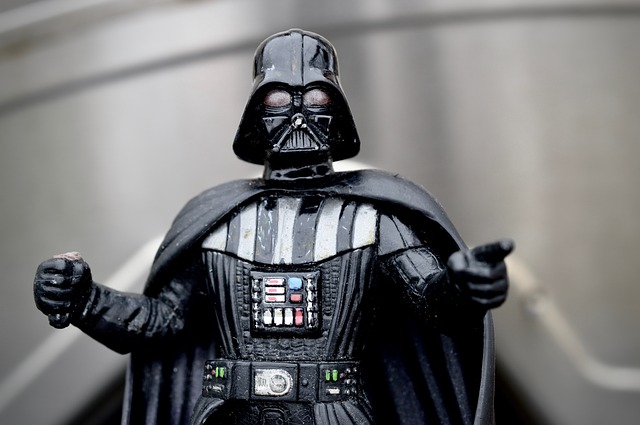 The most dangerous villain of all time is considered to be Darth Vader, the antagonist of the 'Star Wars franchise'.

It is not surprising that villains have lots of fans, they do have their reasons for choosing the path of crime. Many people sympathize with villains for the same reasons they hate them.

While creating a villain character, writers or directors take a lot of care to choose the right name for the villain. Since names become the identity of the villains, prime importance is given to ensure that the name is catchy and memorable. We think the top five villains are Darth Vader, Hela, Bellatrix Lestrange, The Joker and Cruella De Vil.

The best way to come up with a good villain name is to first focus on the character and backstory of that villain. It is important to first decide upon the factors from the backstory that has contributed to making the person a villain. After this has been done, the villain name can be decided which will then fit into the character of that person. If you are looking for more names related articles, check out Halloween names and superhero baby names.

Famous Names For Villains From Movies

Most of the movies have some kind of villain in the story to further the plot, but some antagonists are worse than others. Some villains characters are so very evil that you hate their very existence, even on just a movie screen. These movie villains names get stuck in our minds once we have witnessed them on screen. Here is a list of the most evil villain names in movie history curated for you.

1. Alex DeLarge (Greek origin), meaning "defender of the people", a dark criminal from 'A Clockwork Orange'.

7. Bane (English origin), meaning "cause of distress", a perfect name for evil people from 'Batman series'.

11. Clyde Barrow (Scottish origin), the perfect villain name of a real-life badass from 'Bonnie and Clyde'.

23. Hannibal Lector (Latin origin), meaning "gracious", a cannibalistic serial killer from 'The Silence of the Lambs'.

27. Harry Powell (German origin), meaning "home", a con artist and a serial killer from 'The Night of the Hunter'.

34. Loki (German origin), meaning "the compassionate one", the evil and playful God from 'Thor'.

36. Michael Corleone (Hebrew origin), meaning "who is like God", the godfather of all gangs from 'The Godfather'.

37. Mr. Potter (English origin), the evil banker from 'It's a Wonderful Life'.

40. Nurse Ratched ﻿(English origin), the perfect villain name for a dark psychological horror, from 'One Flew Over the Cuckoo's Nest'.

41. Palpatine (Greek origin), meaning "the emperor", a character who is dark to the core, from the 'Star Wars series'.

43. Regan McNeil (Greek origin), meaning "King", the dark and evil being from 'The Exorcist'.

45. Sauron (Latin origin), meaning "foul", a name befitting the main villain from 'The Lord Of The Rings' series.

46. Scar (Persian origin), meaning "decorations of the fabric", the dark brother of the King from 'The Lion King'.

49. Tony Camonte (Italian origin), meaning "priceless one", name of the small-time gangster and enemy of the government from 'Scarface'.

There are lots of fictional female characters in cinema who border on the dark side. These female villains are so badass that they are no less when compared to their male counterparts. They also have corresponding cool villain names to live up to their legends. Here is a list of cool female villain names curated for you.

53. Catherine Tramell (Greek origin), meaning "each of the two", a highly intelligent and manipulative villain from 'Basic Instinct'.

57. Hela (English origin), meaning "Goddess of the underworld", the Asgardian goddess of death, from 'Thor: Ragnarok'.

60. Maleficent (Latin origin), meaning "wicked and dark", the perfect name for a villain from 'Sleeping Beauty'.

62. Miranda Priestly (Latin origin), meaning "worthy of admiration", the boss from 'The Devil Wears Prada'. Is she really a villain? We'll leave that up to you.

63. Mystique (Latin origin), meaning "a fascinating aura of mystery", a shape shifting villain befitting her name from the 'X-Men series'.

64. Nina Sayers (Arabic origin), meaning "friend", name of a dancer with a dark side to her from 'Black Swan'.

If you think normal villains are scary, then you need to reconsider your opinion, because super villains are scarier. Super villains are the characters who keep superhero movies interesting. With their dark minds, psychotic behavior, and superpowers, these villains sometimes seem invincible! Here is a list of good villain names and evil names from movies and comics curated for you.

71. Col. Stryker (German origin), meaning "tester", a fictional super villain with a strong hatred for mutants from 'X-Men series'. One of the well-known super villain names.

75. Henri Ducard (French origin), meaning "ruler", the main antagonist from 'Batman series'. Definitely one of the good villain names. This a great dark name you are sure to like.

78. Magneto (English origin), meaning "magnetism", name of the fictional super villain from 'Marvel Comics'. Known to be one of the most villainous characters.

80. Obadiah Stone (Hebrew origin), meaning "slave of God", the villain who found the ironmonger suit from the 'Iron Man series'. One of the cool baddie names.

83. Poison Ivy (English origin), meaning "climbing vine", a female villain from 'DC Comics'. Surely a name you will like.

85. Ulysses Klaue (Latin origin), meaning "wounded in the thigh", name of a dark physicist from 'Avengers: Age of Ultron'. This is surely one of the good villain names.

Bad guy names aren't just limited to popular movies or comics. If you're looking to find a dark villain name, why not pick a name from a book?

87. Alec D'Urberville (Greek origin), meaning "defender of men". The name of the villain from Thomas Hardy's book, 'Tess Of The D'Urbervilles'.

94. Kevin (Irish origin), meaning "gentle" or "kind", name of the remorseless villain from 'We Need To Talk About Kevin'.

95. Long John Silver (Hebrew origin), meaning "God has been gracious". This is the name of the villain pirate leader of the mutiny in Robert Louis Stevenson's book, 'Treasure Island'.

96. Nils Bjurman (Greek origin), meaning "triumph of the people", name of the modern villain from Stieg Larsson's book, 'The Girl With The Dragon Tattoo'.

Kidadl is the best website for names related articles. If you liked this article on super-cool villain names, why not take a look at something different like [vintage Hollywood names] or "Broadway Musical names".